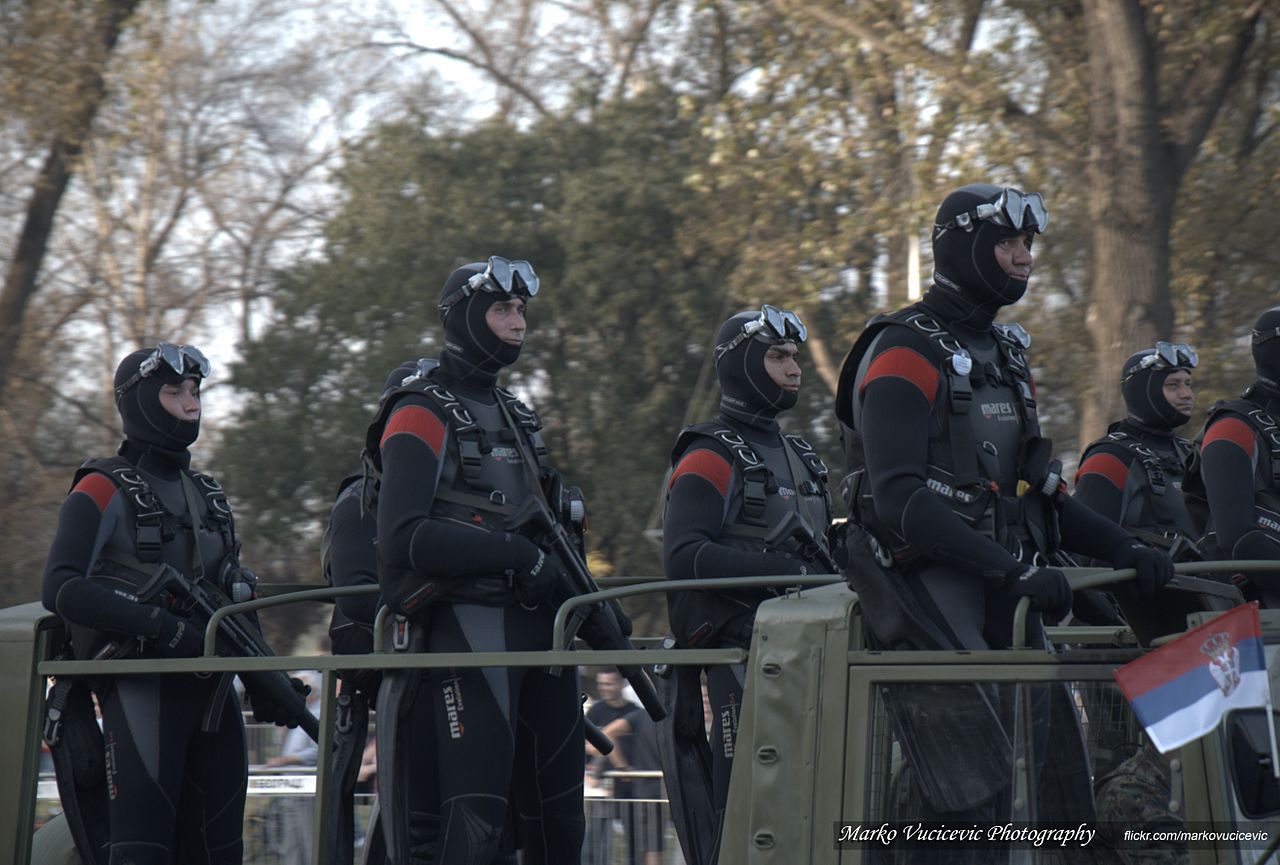 On September 20, the joint Russian-Belorussian military exercises “West-2017” came to an end. Even before they started, experts talked about possible provocations. And now analysts agree that the exercises have reached their main goal.

Former Ambassador of Montenegro to NATO, Professor of Practical Diplomacy and International Relations of Boston University Vesco Garchevic believes that through these exercises Russia tried to show the West that it has become stronger and more powerful and that it plans to participate in global issues.

“The exercises were held shortly after the US approved new sanctions against Moscow, and therefore their goal was, among other things, to demonstrate that the EU and the US sanctions don’t work and have not crumbled Moscow’s military potency,” says Garcevic.

According to the expert, the exercises became a signal for the Balkan countries.

“No matter whether it is true or not, the notion of an invincible, mighty, technically and militarily superior Russia traditionally resonates well in ears of many people and politicians in this part of Europe. Thanks to traditionally close historical, religious and cultural ties, which can be described as “Pan-Slavism” or “Slavic brotherhood”, Moscow has successfully been able to maintain its solid position in the region. Russia will continue to exploit loopholes and democratic deficiency that exist in most of the Balkans states in an effort to solidify its gains in the Balkans” says Vesko Garcevic.

According to him, Russia is trying to secure a wider military presence in the Western Balkans, first of all, by further strengthening its alliance with Serbia.

“Several months ago, during the Presidential campaign, Serbia’s President Aleksandar Vucic paid an official visit to Moscow and met Russian President Vladimir Putin. After the meeting, Vucic admitted that two leaders were discussing the scope of Russia’s military support to Serbia, which could include donations of armored vehicles, battle tanks, and fighter jets. In return, Russia may raise the issue of the status of so called disaster relief center nested in Serbia and again ask for diplomatic status to be granted for its people working in the Center. Not far ago, in July this year, Serbian Minister of Foreign Affairs Ivica Dacic urged the Government to grant diplomatic status to Russian staff of the center. If this happens, it would allow Moscow to formalize its long-lasting military presence in Serbia and the region as a whole. Even though it would have negative consequences for the possible entry of Belgrade into the EU, many in Serbia would like to see it happening,” said the former Ambassador of Montenegro to NATO.

Recall that last year a number of American media outlets published material on the Russian-Serbian humanitarian center near the airport next to the second largest city of Serbia, Niš (in the articles it was called the Russian “espionage base”). Other experts are of the opinion that the humanitarian center near Niš is most likely being used for direct purposes as of now, but this does not exclude the possibility that in the near future Russians can turn it into a full-fledged military base.

According to the Serbian political scientist Ventsislav Bujich, Kremlin political strategists planned to place “sleeper agents” throughout Serbia – they supposedly had to win the confidence of the local population, and then, at Hour X, incite anti-Western uprisings in all of Serbian cities. The same role, in his opinion, was assigned to the center for humanitarian aid during natural disasters.

The director of the Serbian Center for Euro-Atlantic Studies (CEAS), Jelena Milich is also concerned with the status of this institution. The Russian-Serbian humanitarian center was established in 2012, but, according to her, its true purpose is still not clear to today’s observers. Moreover, the expert notes that during natural disasters Serbia’s real support comes from European, and not Russian partners.

“In April 2015, Serbia joined the so-called Civil Protection Mechanism of the European Union. Even earlier, during the devastating floods in May 2014, Belgrade felt the real benefits of this institution. Then, most of the EU member states offered assistance to Serbia in the form of boats, helicopters, pumps, etc. More than 800 humanitarian workers from European countries were sent to Serbia and Bosnia and Herzegovina, and the European Commission funded the delivery of assistance to the affected areas. This operation was the largest since the creation of the Mechanism,” recalls Jelena Milich.

According to her, the dispute over the center’s status reached its peak in 2016, when observers drew attention to the frequent use of the Niš airport by the Russian cargo plane “Illusion”. After numerous requests from local journalists, the Flight Department issued a statement indicating the existence of an “exemption from the ban on the transport of dangerous goods by air”, as well as “permission to transport weapons and military equipment.” According to the statement, this permission was issued to an aircraft departing from Niš for a “technical landing” in Jeddah with the final destination in Saudi Arabia, on the border with Yemen.

“Experts on human rights and arms control see this as a possible violation of international law. However, there have been no official statements on this matter from the Serbian authorities. Meanwhile, Russian officials insist on a special diplomatic status for the Humanitarian Center in Nis. In March 2015, a bill on disaster risk reduction and emergency management was introduced. It was well received by the expert community, and could have contributed to the resolution of the status of the Russian-Serbian humanitarian center. However, the process of enacting this bill into law came to an abrupt end as soon as the Russian government began to exert pressure on Serbia regarding the status of this institution,” notes the expert.

According to Jelena Milich, the joint Russian-Serbian military exercises, which can only increase in frequency after the “West-2017”, are equally alarming. The other day CEAS published a report on the situation in the Balkans which includes data on military cooperation between Moscow and Belgrade.

According to the materials of the CEAS, in 2016 the Serbian armed forces took part in 170 exercises, the largest of which were joint training with the Russian and Belorussian armies.

“On November 3, at airports and training ranges belonging to the Serbian Armed Forces, the trilateral military exercise named Slavic Brotherhood 2016 began. This exercise included the Serbian Special Forces and the Armed Forces of the Russian Federation and Belarus. The exercise involved more than 700 participants and 20 aircraft… During this exercise, members of Serbian Armed forces practiced Ministry of Defense of the Republic of Serbia neutralizing terrorist groups together with the Russian special forces that led the operation of occupation of Crimea,” the report says. No less important were the joint exercises of Russian and Serbian pilots “BARS-2016” held in October 2016.

In March 2017, Defense Minister Zoran Djordjevic held a meeting with the attaché of the Russian military commander Andrei Kindyakov (the same one who met with Nemanja Ristic – a member of the radical citizens’ organization Zavetnitsy and a suspect in Montenegro coup plot). After the meeting, Djordjevic stated that Serbia pursues a balanced policy of military neutrality and cooperates with all partners on the basis of mutual respect.

In August 2017, members of the 37th Mechanized Battalion of the Serbian Army took part in tactical exercises together with Russian servicemen of the Western Military District. The Ministry of Defense of Serbia stated that the goal of this exercise was to enhance the interoperability of two armies and improvement of the level of training for performing dedicated tasks. At the same time, Serbian Army tanks won the third place in the first semifinal race of the “Tskin biathlon”, which was held at the military field “Alabino” near Moscow in which only few European countries has participated.

“At the same time, the most dangerous angle, often neglected by both Serbian officials and Western analysts, is the nature of these exercises. With Russia are usually conducted rather aggressive exercises (such as those belligerent with Russian special units who participated in the occupation of the Crimea), while exercises with NATO and EU member countries are in field of participation in peacekeeping missions, that is, they are non-aggressive. To draw a false equivalence between these exercises by calling it a “symmetrical approach” is an apparent sign that the Western international community does not have a mechanism for reacting and addressing this issue,” concluded Jelena Milich.