Book Watch: Irregular War: ISIS and the New Threat from the Margins 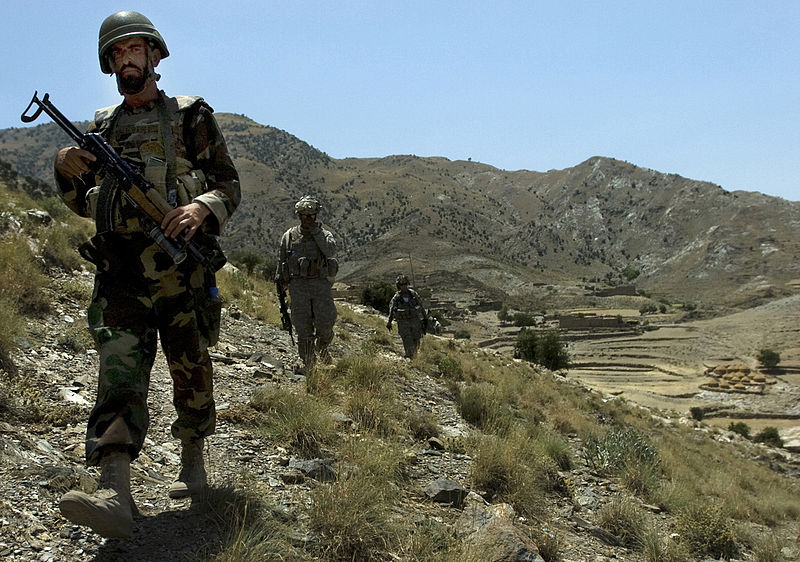 Irregular War: ISIS and the New Threat from the Margins 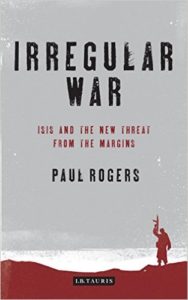 The early 20th century witnessed an imperial war that consumed Europe and tore apart the world’s great powers. In the great halls, headquarters and staff colleges of Europe a fierce debate raged over the changing nature of war. The face of warfare had forever changed some young Turks would cry, and long established officers of senior rank would dismiss them, the idea that the cavalry would not always reign supreme on the battlefield was preposterous. Machine guns, tanks, and aircraft would shortly change everything.

Often when asked to discuss  the 21st century battlefield I think back to those events and the unwillingness or inability of some to see what was bearing down on them. Anyone paying attention would be hard pressed to argue that although a great deal of time and energy have been spent thinking about conventional state-to-state conflict that it has been the irregular war that has consumed our actual efforts on the battlefield.

Irregular war, or the ‘war from the margins’ as Paul Rogers aptly describes it is our reality. Rogers is Emeritus Professor of Peace Studies at Bradford University and the Global Security Consultant for the Oxford Research Group, Security Editor for Open Democracy, and a leading expert on global security issues. In his book Irregular War: ISIS and the New Threat from the Margins Rogers sets out to right our thinking on ISIS and place it in the larger context of what is happening in the world of conflict, addressing our systemic failures to appreciate the reality we are now living in. Not unlike cavalry officers at the outset of the First World War, our general staffs are operating from antiquated paradigms on an entirely transformed battlescape and have yet to awaken to the reality that the ground has shifted beneath their feet. Worse still we seem intent upon continuing to treat symptoms while ignoring the root causes of the disease.

Rogers places ISIS in the larger context of a (partially economic) war from the margins that really first began in the wake of the Soviet collapse but remained largely unacknowledged until 9/11. However, even still, is still largely misunderstood or misrepresented. For Rogers religion only forms part of the voice of a far more complex set of motivations that is largely anti-elitist. In this view, although ISIS presents a major security issue, the real drivers of the current global insecurity are largely ignored. Instead it is deepening socio-economic divisions, Rogers argues, which are cause for the marginalization of the global majority and the prospect of profound and lasting environmental constraints, caused by climate change that are the key to understanding the evolving global security environment.

In this view ISIS should been seen as a warning of what’s coming instead of a fundamental trend in its own right. Revolts from the margins threaten to become the fundamental issue for coming decades. The result, in Rogers’ view, is that unless something profound changes our course we the risk of moving into an age of insurgencies – towards a global environment of fragility, instability, increasing violence and irregular war.

The course towards this change to addressing the root cause starts with a hard look inward. In the West there remains a stubborn belief that atrocities committed in our collective (and very recent) past were the exception. This, rather than recognizing it as an endemic issue of our current course, one that aims for control through violence. The larger issue is not to control the fallout of these emerging trends but address their cause. This begins in part with the wider issue of how the West is perceived. In Rogers’ view this can be addressed at two levels. The first level must acknowledge that in any conflict the behaviours of all sides include what appears to their opponents, at least, to be appalling behaviour. Secondly, we must realize that there exists a widespread view through much of the rest of the world that the world economic and trading system is a remnant of the colonial era which remains hugely slanted in favour of the West. Also, along these lines, the ‘Washington Consensus’ within the power structures global economic system which demands certain economic moves by the ‘global south’ has provoked considerable resentment.

In Rogers’ view, moving forward the status quo simply cannot be maintained and we must alter course or prepare to be crushed against the rocks. 9/11 and War on Terror has given us a window into future conflicts, which may have very different causes and little or nothing to do with extreme Islamist ideas, and does not bode well for the West. Already we have begun to witness the knowledge transfer among irregular forces and non-state actors. A direct line can be drawn from the Soviet occupation of Afghanistan through Chechnya, the Algerian civil war to US Afghan and Iraq with the key change being the evolution from a rural to urban setting (which favours the insurgent over the conventional forces they face).

This evolution of methodology concerning irregular warfare has had the effect of significantly enhancing the power of paramilitary forces and substantially challenging the traditional superiority of conventional military forces. Add terrorism as a tactic into the mix and small arms along with some explosives have allowed small insurgent groups to present an incredible challenge to the worlds greatest military forces. The net result of the War on Terror for the West then has been “a huge expansion in the resources committed to intelligence, policing, and counter-terrorism.” The lesson then is the Wet’s control through force paradigm with heavy reliance on not just military force but technology is not simply being challenged but perhaps becoming obsolete.

Rogers’ message then is “a future in which the core global problems stem from a thoroughly dysfunctional economy and critical environmental constraints is one in which revolts from the margins will become the norm. Developments in the post-9/11 world, and especially the rise of ISIS, are unambiguous markers of the forms of insecurity that will await us if the underlying problems are not addressed.”

By failing to recognize that, what he terms “the military control paradigm” has only served to further alienate the unstable regions of the world only assists in growing the numbers of insurgent groups. Roger’s core argument is that “we are moving into an era of revolts from the margins stemming from an economically constrained world. In this global context we should not see ISIS as a specific movement that must be confronted and destroyed, believing that, once this is achieved, all will be well… Rather, the way in which ISIS has spread and evolved into a transnational movement should be seen as an instance of a phenomenon that is likely to be repeated in the future, perhaps in very different circumstances that stretch far beyond the Middle East.”

We are then facing an age of insurgencies rather than a clash of civilizations.

Rogers predicts that the two fundamental trends we will see in world security, both of them potential drivers of severe conflict are “the increasing marginalization of the majority of the world’s people caused by the workings of the neo-liberal system of international economic activity; the other, climate change, which has already led to problems of food supply with profound political and social effects. These will affect the stability of countries with already intrinsically weak economies and with the very strong possibility of revolts from the margins”

Irregular War: ISIS and the New Threat from the Margins is well worth picking up and an excellently written swift read that cuts to the core issues that underpin the future of global security. Incredibly straightforward without being simplistic or reductive; it’s an excellent read, one I highly recommend. The final warning that “What should be expected is that new social movements will develop that are essentially anti-elite in nature and draw their support from people on the margins. In different contexts and circumstances they may have their roots in political ideologies, religious beliefs, ethnic, nationalist, or cultural identities, or a complex combination of several of these […] What can be said is that, on present trends, anti-elite action will be a core feature of the next 30 years – not so much a clash of civilizations, more an age of insurgencies.” Is a message we would do well to heed.

This book can be found here at I.B. Tauris