The Debrief: Mali and the future of French defence, with Lt General Jean-Patrick Gaviard 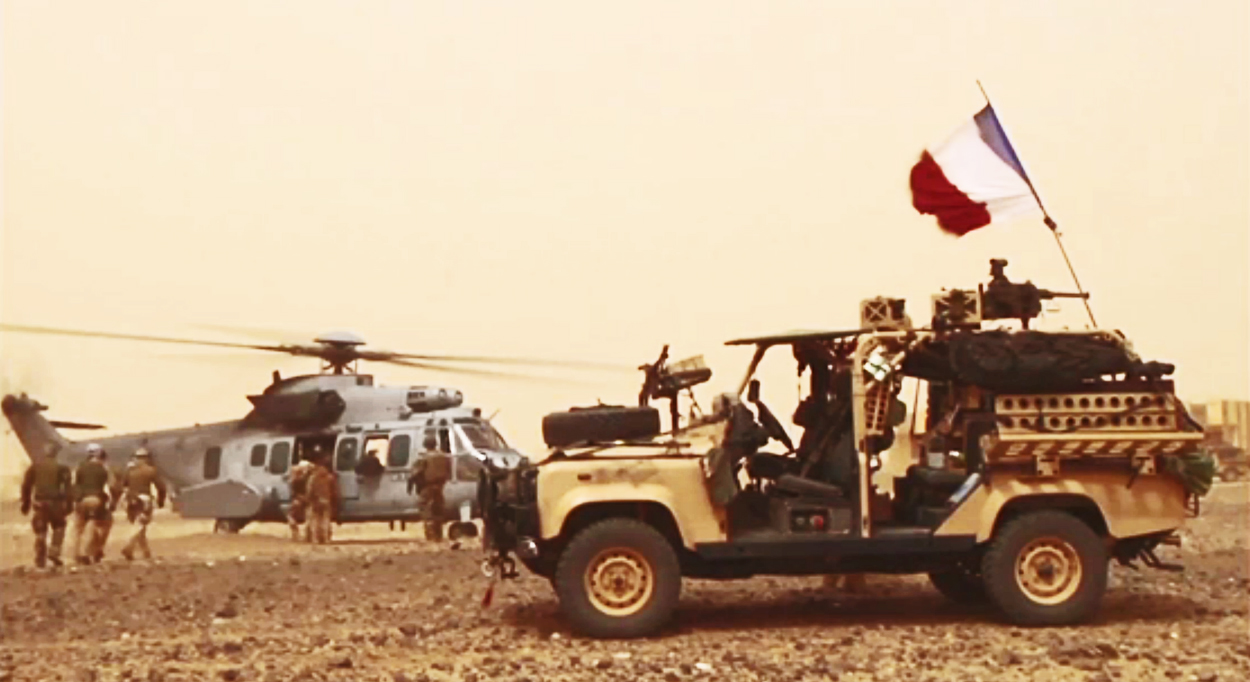 Five years ago, the idea of French led military operations on the African continent would have seemed somehow antiquated – and out of character. But as Europe grows accustomed to US forces not being in the Nato hotseat, France is increasingly flexing its muscles in the counter-extremism fight. French Lieutenant General Jean-Patrick Gaviard was on hand last week to share some thoughts on the subject with DefenceReport while mentoring French-English military exercises at Shrivenham. The Nato mentor was well placed to enlighten DefRep readers on France’s emerging role in Africa, its military issues with journalists there – and the continental nation’s emerging enemies around the globe.

How would you size up France’s recent defence cuts?

We thought we could save money by crunching the defence budget but defence is already in a critical state. If we drain more money out of it, it might cease to be effective, altogether. We should be careful we don’t sell ourselves short.

What I’ve seen in the work I do now in the private sector is that small and medium size businesses are a critical part of the larger defence industry. They are all critical to the big picture and if they close down, we will lose real know-how, which will be a real problem. 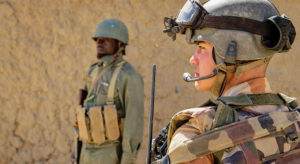 Despite aggressive demands now placed on French combat units – a trend that began with robust Libyan air operations in Unified Protector – Francois Hollande’s administration has pushed through a remarkably austere defence budget. With estimated cuts of around EUR 30 billion (GBP 25 billion) by 2020, many insiders are publicly wondering what will be left of France’s defence capabilities. Gaviard understandably tread carefully here – but spoke with cautionary tones of the future impact of the ‘Mali effect’.

The white paper (2013 French Defence White Paper) and the legislation on military spending are two different things. The white paper will provide the military with a framework for operations; it will give them focus on France’s main defence priorities.

Then, there is the bill on military spending.

There will certainly be a reduction but we should be careful not to bang on about it too much. Below a certain level, yes, we start to transform the tool we’re using, and it becomes a completely different tool. This is where we should really be careful.

The real interest at the moment has been Mali. Because of the impressively quick reaction of the French military, the white paper will have to take this into account.

What is France’s ‘big strategic picture’ for Mali?

I have said a long time ago that we need to withdraw. This is what we learnt in Afghanistan. Some say that if we withdraw, everything is going to fail. But I think it is better to give a date, to reduce our boots on the ground. It is a strong signal that we send to the Africans and that signal tells the Africans we won’t always be there to protect them and that they have to defend themselves.

Withdrawing now might also means an accelerated process for the UN – to deploy its troops there. But it is important to withdraw, politically speaking, because if we don’t, it means France could be overwhelmed by a long drawn out conflict. So, politically, it is important to be able to say ‘okay, we’re leaving’ and announce a departure even though it is only still early days.

In France’s case, stabilisation does not seem as important as is the initial invasion and operations. Which is most important? A first entry where we have political visibility or going for stabilisation that takes time and costs a lot of money? If we only do invasions, it is then easier to retrain our troops and get them ready for another invasion. I am more favourable to that solution.

Regarding Mali, we have to start our withdrawal. We could leave a QRF (quick reaction force) that would intervene as a last ditch effort – this worked in Chad. And to support this, you don’t need a lot of equipment or troops – you don’t need four thousand men, only a few hundred. It allows us to react and get into theatre quickly and protect our expatriates or help UN troops.

What about France and the UK?

The idea of ‘European defence’ – and I see this every time I come here – is not a priority for our English partners. This is where the Lancaster agreements (France-UK defence treaty) come into play. They (the UK) want bilateral agreements with armies that are strong. They also are quite worried by France downsizing its defence spending.

The English have invested in a partner that has expeditionary tactical know-how and they are quite worried to see a shrinking French defence budget.

On an operational level, we initiated a partnership with the UK and I believe it works quite well, as we are, more or less, the same size as them, and we have this operational know-how. Their decision-making process is similar to ours, as quickly reactive as us.

Who are France’s enemies nowdays?

In terms of threats, Iran, I think, is one country to watch as they try to gain access to nuclear arms. Iran is not far from Israel, so that first strike capability is quite serious. If we have to intervene quickly, it would be a difficult proposition.

France is on the front line within the United Arab Emirates, as we have stationed troops there. If the UAE asked for our presence there, it is because they know we have the nuclear bomb. So, okay, Iran is not buying equipment like, say, China, but it is leaning towards exerting its influence with violent means.

As far as China’s concerned, we must put them in perspective within the famous American ‘global commons’: cyber, space, sea and air. These may become a problem one day. Why not? That is what the Americans seem to think. So, we should watch over those four domains.

French forces were criticised in the early days of operations in Mali for blocking convoys carrying journalists – convoys that were bound for the fighting on the front lines. Social media sites like Twitter became a forum for many frustrated media who posted pictures and unofficial statements from French forces imposing the embargo in many areas of Mali.

Many journalists in Mali are complaining of French forces restricting thier access to operations. How do you explain that?

I believe the military should be giving the media full access in Mali because French citizens have a right to know what is going on. And the French army distinguished itself in operations in Mali and Libya, so we should publicise this.

But there is a problem and that is the dangerous nature of those military operations. We witnessed it with Ghesquiere (French TV reporter Herve Ghesquiere was held by Taliban captors for over 500 days in Afghanistan in 2011) and the others that were taken hostage. When we go on operations, it is dangerous. Solving that equation – giving journalists access to information while also protecting them – is not easy.

There is also another issue when talking about those operations: those on the front lines are special forces and we never talk about them. The ones who get the kudos are the second and third waves of operations. Special forces are made of small teams and move forward quite quickly. Then, you cast a wider net with the second line.

So the images we see are essentially images from the second line of operations or even from the third line but never from the special forces. I do believe we can embed some journalists with the second or third line of operations. But we really cannot embed them with special forces. Special forces are on the edge every time they’re on operations. We can’t weigh them down with journalist who travel with their own equipment. We are on asymmetric operations that are fast paced, that are very dangerous and there is an equation between risk and efficacy to calculate that journalists don’t always want to understand.

Journalists need to ask themselves some hard questions and calculate their own risk taking to bring back a scoop. If they really want to be embedded with special forces, we should let them do it – once. That might prove less fun than they think.

The Debrief puts a no-holds barred spotlight on topical defence issues, in the words of the experts, themselves. The opinions expressed here are , word for word, those of the experts interviewed by DefenceReport and are separate from DefRep reports, which are based on independent and objective reporting.