(No?) Blast From the Past – Assassination Attempts on Presidents Clinton and Trump in the Philippines 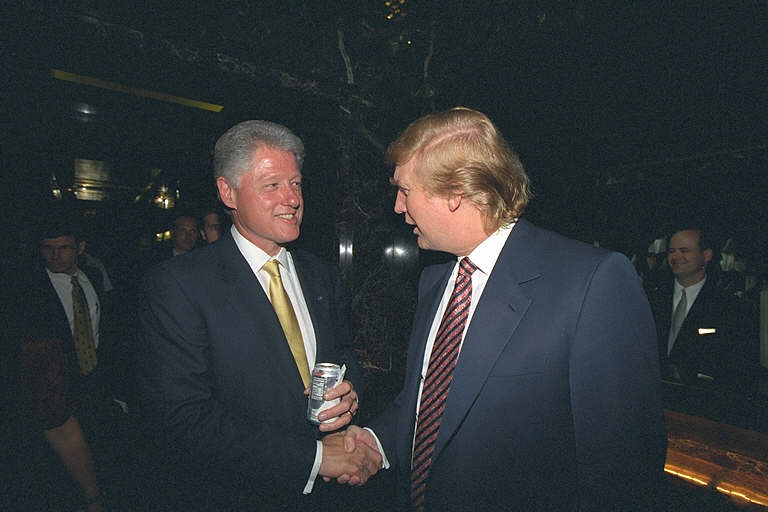 There is an adage that history will repeat itself and this week it seemed like a ghost from the past wanted to prove just that. This time it was the revealing of an assassination attempt on a US President in Manila. The news of the plot to kill US President Donald Trump in Manila was aired in two-hour special of United States Secret Service: On the Front Line on the National Geographic Channel. President Trump was in Manila to attend the ASEAN 50 summit in November 2017. An ISIS supporter who resided in Manila and was active on social media stating that he was targeting President Trump. The US Secret Service was able to track him through social media and apprehended him.

Rewind back 21 years and there was an assassination attempt on then President Bill Clinton in Manila during a trip for an ASEAN conference. If successful, this would have been the assassination of a US president on foreign soil and would have taken place before the US embassy bombings in Kenya and Tanzania and also would have been five years before 9/11.

Bill Clinton’s motorcade was diverted in route after the Secret Service intercepted radio chatter concerning a “wedding cake” on a bridge. The term “wedding cake” was used in previous al-Qaeda plots concerning the use of bombs. The Philippine police examined the bridge later and found an improvised explosive device. If it were not for the a Secret Service agent to act on a gut instinct and divert the motorcade, President Clinton probably would have been killed.It was believed that Ramzi Yousef, who carried out the 1993 World Trade Centre Bombings, was to carry out the attack in Manila in 1996. Yousef denied that the plot involved bin Laden and al-Qaeda, however one of his Manila conspirators testified otherwise. It was reported that the Clinton administration was going to reveal the plot in 1998, but briefly denied announcement as President Clinton order the cruise missile attacks against Bin Laden and al-Qaeda in Afghanistan as a response to the embassy bombing in Kenya and Tanzania.

The Moro insurgency links to al-Qaeda and ISIS

When history repeats itself, one must learn a lesson or it might occur again. An assassination attempt on a US president in Manila may not happen again soon, but twenty years time another attempt may occur. It won’t be a group that is affiliated with ISIS, but it is probable that it will be a group that will be affiliated by a group that evolved from ISIS. But that it is the lesson. We have seen that many groups have split from their parent groups and have evolved into various other groups that exist today in North Africa, the Middle East, South Asia and the Asia-Pacific regions. This could seem to be a potential game of whack-a-mole with new groups emerging and evolving. However, there was ways to mitigate the threat and not just through counter-terrorism means, a.k.a direct military action. For instance many groups these days are attempting to govern areas and/or attempting to control trade of illicit drugs, human trafficking or even oil and other material wealth. Many leaders wish to portray these terrorist groups as terrorists because they utilize terrorist tactics for their means, but even insurgents utilize terrorist tactics – but defines them is how they operate as a whole. The George W. Bush and Obama administration talked about winning ‘hearts and minds’ but would still talk about the Taliban, al-Qaeda groups and ISIS as terrorists. It may be easy to describe to them as this to the public, but policies are built on words and, in democratic countries, are influenced by the greater populace.

Unless we change how we approach the War on Terror, it will not get better but will just continue to evolve. President Trump won’t be reading this, but this should be the challenge to him or we will be reading about another assassination attempt on a US president’s life in 2039.