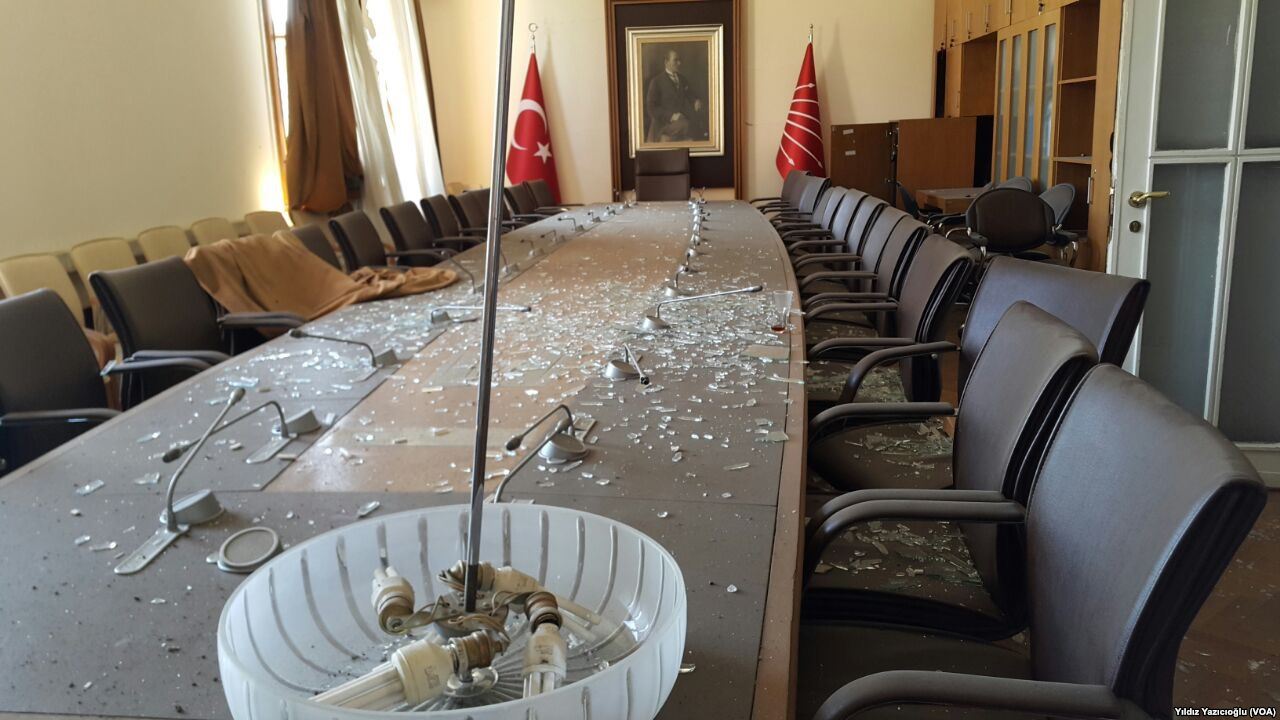 As I watch the only secular democratic state of the Middle East plunge headlong into the abyss I am left with a terrible sinking feeling.

The news coming out of Turkey is surreal and bewildering. Under Erdoğan the insane has become expected and has left Turkey resembling something less than a NATO country. The state propaganda machine has crushed free media in a way that would leave even Russians blushing.

Nearly 150 media organisations have been shuttered since the coup attempt, allegedly for possessing ‘terror links.’ Are we to believe that 150 media agencies in Turkey were legitimately linked to terror networks? The claim on its face is so wildly absurd that the willingness of the Turkish people to not only stomach the claim but also readily swallow it defies reason. I am left to wonder if the country has collectively lost its mind.

The recent arrest of German-Turkish journalist Deniz Yucel has reminded us yet again that there is no limit to the lengths Erdoğan’s Turkey will go to stifle any dissent. The argument that has been made with regard to Yucel, that by interviewing a leader of the Kurdistan Workers’ Party, or PKK that he himself is their equivalent, demonstrates a lack of even a basic understanding of what the press is and how it functions. Never-you-mind the absolute requirement of a free and independent media in the sustaining of a free and democratic nation.

This, of course, is the state’s new line of official policy. In Turkey the view is simple, discussion of, or support for dissenting views is terrorism. This is not hyperbole and one can hear direct from state officials. If one takes the view, as I have, of lamenting the failed coup’s inability to right the ship, then according to Kemal Ökem, Turkey’s new ambassador to Israel, “you be an accomplice, considered an accomplice” [sic]. Apparently, I, a Canadian PhD student who has never been to Turkey, has no connection with the country, who was unaware of the coup until it was over, was somehow an accomplice to the coup. As ambassador Ökem suggests this might also mean that upon travelling to Turkey I might be treated as a criminal. Alas…I had always wanted to see Istanbul. Perhaps I should send ambassador Ökem a definition of accomplice.

I feel a pang of terror in my chest as I watch events unfold in Turkey. Let us not forget that the leader of this madness President Recep Tayyip Erdoğan is charging forward with a campaign that could soon see Turkey profoundly changed. Erdoğan’s ruling party has its referendum coming up that would see the Turkish constitution amended to eliminate the Prime Minister and extend those powers to the President.

This is a vote that Erdoğan has called a test of patriotism, referring to voters who oppose the proposed bill as “terrorists”. The vote is a mere formality of course. It only serves to provide an official rubber stamp to what has already occurred, the absolute rule of Erdoğan.

Erdoğan’s recent comments regarding fascism in Europe which compared modern Germany to Nazi Germany is both profoundly unsettling as well as deeply ironic. Turkey’s very own Putin is taking a page from the Russian playbook. Erdoğan is already the central strongman of the state and Turkey’s last chance to avoid a Stalinist Russia, or if you prefer to invoke Godwin’s law, Hitlerite Germany, will likely be ignored.

Although the polls predict a neck-and-neck race the chances are far from equal. With continued repression of political dissent in the wake of the coup attempt and the ongoing (permanent) state of emergency the No campaign has been attacked at every turn. For a detailed, and frankly startling account of what has occurred I would suggest the following Politico article.

At the same time as the referendum is occurring there is also the convenient distraction of the largest trial to date (some 330 suspects) of individuals alleged to have been involved with last year’s failed coup attempt. With Turkey’s media having become heavily slanted to the government’s favour since the coup it’s likely that come April Turkey’s democracy will die amid cheers of celebration.

If this bill passes Erdoğan will enter the Turkish election of 2019 hitting the reset button. With a clean slate, we could see him, with potentially two five-year terms, rule Turkey until 2029. With plenty of time to cement his position as de facto dictator and with the distorting effects this win would have on an already unstable character, god only knows what will happen to Turkey.

Worse still, Turkey has shown itself not just willing but eager to engage with Turkish ex-pats living in Europe in what has become a deeply unsettling trend that has left European leaders concerned about the destabilising effects Erdoğan is having not just at home but in their own European capitals.

Given the instability and growing terrorist attacks that have been the hallmark of Erdoğan’s rule one suspects that looking forward even the complete breakdown of the Turkish state might be on the table. In December of 2014, I wrote of Turkey’s continued importance to NATO. The problem I now see is how do we reconcile the continued strategic importance of Turkey with the widening chasm in shared values and global outlook that is at the core of the NATO ethos. Perhaps I was wrong, perhaps NATO is better off without, or even needs to exorcise Turkey from its ranks. However, this also feels more than a little hypocritical when one looks towards the current administration occupying the White House. And to be fair they are no better, what we are discussing might difference in shades of terrible.