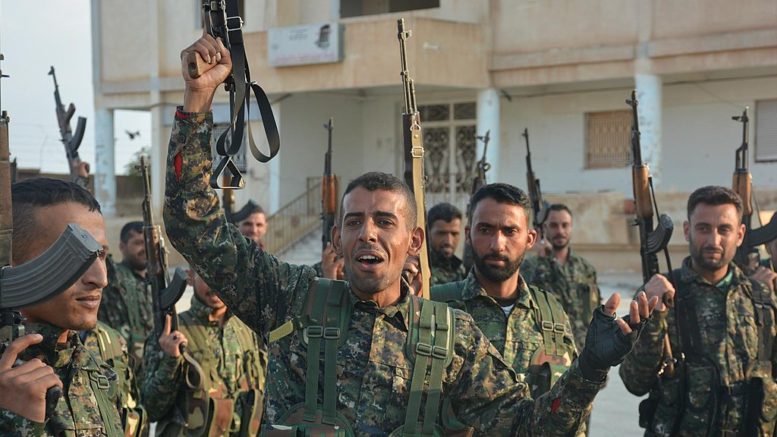 Associate Editor Chris Murray was published in the recent volume of the NATO Centre of Excellence Defence Against Terrorism Review. The link to the journal article can be found here and the abstract is below.

Abstract: The enemy of my enemy: Strategies aimed at co-opting irregular forces. Chris Murray1Abstract: Conflicts change rapidly and present challenges to long-term strategies aimed at confronting them. Despite their fluid nature, addressing conflicts requires nuanced understanding and a long-term in-depth approach. Demands for rapid action and rapid results hold tremendous implications for the formulation and execution of strategies. These demands create a focus on short-term strategies that are inherently reactionary and can, in fact, be counter to long-term interests. Political forces are motivated to seek low-impact solutions, such as co-opting local rebels as proxies to address immensely complex international issues such as civil wars, terrorism, resource competition, and the power vacuum of failed states. These local proxies are poorly understood and the result is often underdeveloped short-term strategies. These strategies lack the required knowledge base to adequately appreciate the situation and develop sound long-term policies necessary to obtain goals and ensure they remain sustainable. The crux of the problem is that when these local proxies are sought out, they are assessed primarily on short-term military effectiveness and immediate needs with long-term consequences often overlooked. Successful engagement with local partners and long-term stability requires a nuanced understanding of local culture, politics, language, and history. All of this must be supported by a deep knowledge base. Currently, NATO countries are engaged in a cycle of engagement and disengagement on this front. There is a need to develop a larger emphasis on the social knowledge required for both immediate military and long-term political success. With this emphasis in place, there is a need to establish a permanent physical commitment to the development of and preservation of this social knowledge in the context of conflict.