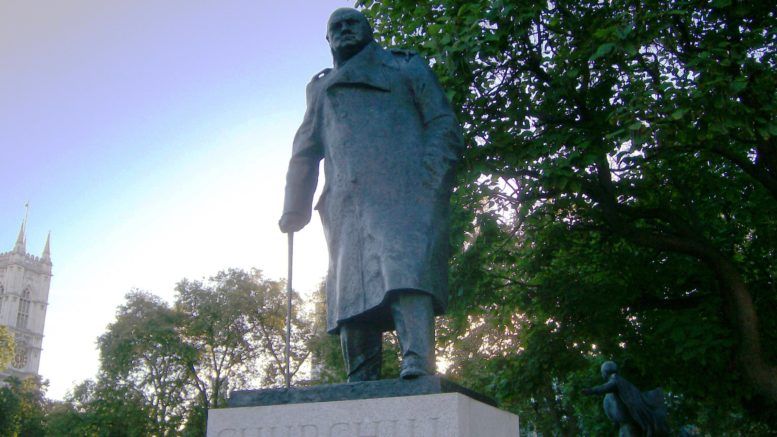 “The past is a foreign country: they do things differently there”
– L.P. Hartley

It was announced today that London Mayor, Sadiq Khan has launched a review of all of London’s statues and street names, saying that any with links to slavery should be removed. This appears to be a not very well thought out attempt to respond to the demands of a mob, however well-intentioned they may be, by a politician more interested in avoiding controversy than in actually leading.

Although I’m sure these folks have good intentions their approach is a disastrous mistake. History is ambiguous, complex, difficult, and challenging. To dig into any historical individual or event, no matter how superficially righteous, is to eventually find things we find, from our view, uncomfortable. Even to shift our focus to victims from perpetrators is problematic, as they too will have dimensions we will no doubt find unsettling. Indeed, any character of any dimension from before the 20th century is likely to have problematic, even abhorrent attitudes, towards gender if not race. The issue is that if we start down this road of reviewing these historical artifacts applying our own moral judgment upon our history we will eventually find nothing left standing.

Like it or not ‘Empire’ in all its ugliness, is an integral part of British history and has served to shape the nation. It is what has turned London into the cosmopolitan global hub of arts and culture that it is. Moreover, the story of the British Empire is the story of most all of us, as it stretched the world. It has left an indelible mark upon all of us. Acknowledging this does not demand the aggrandizement or demolition of this legacy in all its glory and all its evils.

Call it moral relativism, but as uncomfortable as it may make us, history is relative. It is fluid and rooted almost entirely in perspective. The trope ‘they were different times’ might seem disingenuous when discussing something as repugnant as a slave trader but one should consider how we approach other cultures to inform how we should approach our shared history. We, as a society, attempt to refrain or limit ourselves from judging other cultures in overly critical ways. Beyond of course egregious human rights violations. Even then when left confronted with the proposal of forcibly altering these practices (outside of genocide) we find ourselves often reluctant to impose our own values on others.

In this case, absolutism is the far more problematic approach. There is, for starters, not the same imperative rooted in humanitarian crisis. This is not to suggest our shared, often difficult, history does not have very real impacts upon us today, it certainly does. It, however, is not in the same category, nor hold the same imperative as a physical genocide occurring in the moment. Time has told, for better and for worse. As a result, we do have the luxury of time for reasoned debate to consider these ambiguities, and most importantly to learn from them. We should take advantage of this gift of time.

We must recall that when discussing these historical figures and events from the lens of our own moral/ethical outlook we are dealing with a constructed framework which exists in a fluid state. Our socio-cultural outlook is in a constant state of flux, subject to the currents of our never-ending discourse. Contrary to the view of some, we have not seen “the end of history.” We should ask ourselves, how will future generations perceive this shared history? How will they perceive our response to it? Will they see it as a righteous and long-overdue crusade against injustice, or a gross overreaction? Will we be seen as equivalent to book burners? Who can say, but it should be enough for us to take a moment’s pause and proceed with caution. Furthermore, and more significantly, it is arguably inappropriate and even unethical to determine for future generations what part of our shared history they will have access to because of decisions we make rooted here in our small moment in history.

Humans are far from infallible and even the best of a historical period or person is not of our time and will have traits we take issue with. Why then should we presume we are any different, that we too are not capable of blunder? It is never a good idea to follow the politician’s instinct and react with an immediate symbolic gesture to placate the mob, and avoid controversy. No matter how justified, as they well are in this case, the mob is still emotionally charged and not in a position to take a thoughtful and measured response.

We should always abhor the voice that demands destruction. Do not destroy these historical and cultural treasures. Instead, if they pose a problem, and cause emotional or historical harm to some, move them from town squares and place them in museums. Let us embrace our history, blemishes and all and not shy away from what has made us what we are. How else will we ever understand ourselves? Let us use these artifacts and learn from them. Take advantage of their value to create teachable moments. We should not be so afraid of ambiguity, that is where great thought springs from. For this reason alone these artifacts have tremendous value. Furthermore, these statues and such are in themselves historical. We do not tear down buildings that represent beautiful moments in architectural history regardless of whether disadvantaged or even slave labour was used to build it. Instead, we use or should use, the opportunity to teach, to inform our view into the nature of ourselves and the crimes committed alongside our greatest achievements. The duality of man, if you will.

“To be ignorant of what occurred before you were born is to remain always a child. For what is the worth of human life, unless it is woven into the life of our ancestors by the records of history?”
– Marcus Tullius Cicero

Book Watch: All Behind You, Winston: Churchill’s Great Coalition 1940-45