All Eyes on Al-Bab 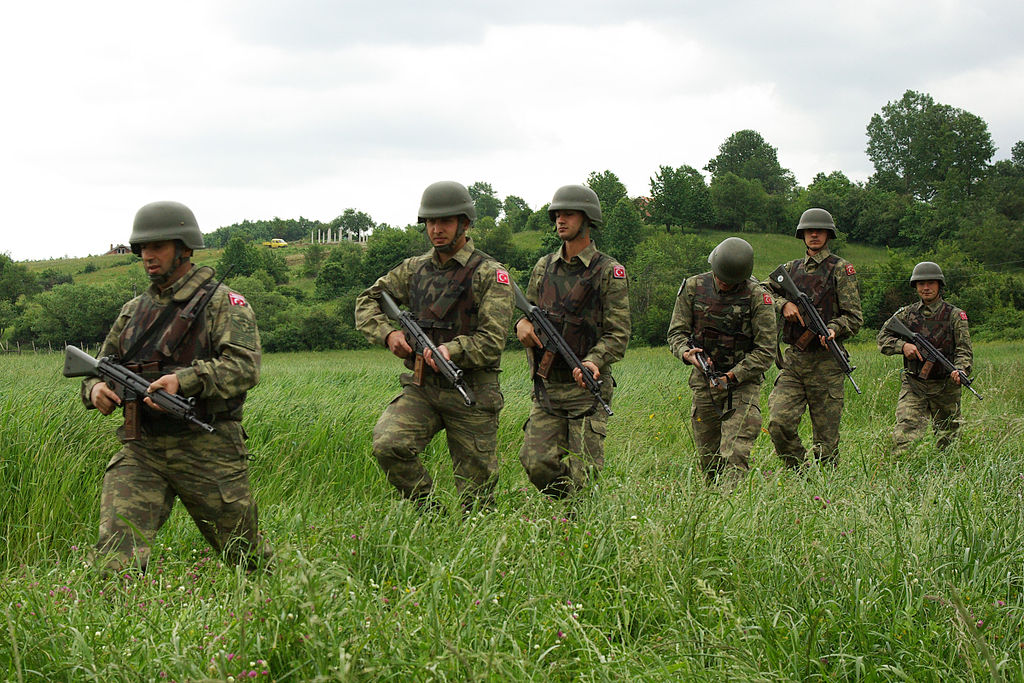 As the fighting in Aleppo dwindled down, the next chapter of the Syrian conflict focused on the small city of al-Bab – population approximately 63,000. Last week, some speculated that five armies would converge on al-Bab. Yesterday, we saw fierce clashes between the Turkish-backed Syrian rebels and ISIS militants and according to the Turkish military, 14 Turkish soldiers and 138 jihadists died  in these clashes. According to al-Arabiya, the Turkish death toll surged to 35. Even when the death toll was 14 soldiers, it would have been the deadliest clash for the Turkish military in their nearly four-month-old “Euphrates Shield” operation in Northern Syria. The aim of the Euphrates Shield operation is to combat ISIS, but also to prevent the Kurdish YPG militia from linking up with their Kurdish compatriots in Iraq.

The Turkish military states that they, and the Free Syrian Army (FSA) have full control over the highway to al-Bab. The Turkish military also claimed that the FSA established control around al-Bab’s hospital, but unfortunately this turned out to be incorrect. The Turkish air force is conducting dozens of air strikes and some unsubstantiated sources, Turkey has conducted artillery strikes in the surrounding area. At the moment, it seems that the Turkish military has asserted dominance over the al-Bab operation and five armies will not converge on this small city. However, this does not mean that al-Bab will not continue to be a pivotal point in the Syrian conflict.

Taking the city will not be easy and ISIS has also recognized its strategic importance as has everyone else. Al-Bab is the northern gateway into Aleppo’s trade and industrial centre. For the Syrian government to take control of it, it means that they can consolidate their gains in Aleppo.  For Turkey, the capture of al-Bab (which is only 25km from the Turkish border) would  secure their gains in northern Syria and therefore ensure that ISIS has no territory along the Turkish-Syrian border. This would then mean that Turkey would be able to move against additional ISIS-held territory within Syria. It would also ensure that the YPG would not be able to create a corridor that would link their units in Iraq and Syria. It is Turkey’s wants to see that the YPG units remain east of the Euphrates River. ISIS will not make this easy for the FSA and the Turkish military as ISIS has dug over a thousand ditches and have laid IEDs and other booby traps within the city.

The Syrian Democratic Forces (SDF) stated, backed in August, that their next objective was to be al-Bab.  Of course, the issue being is that American Special Forces are embedded within SDF units. It seems that the SDF decided to move against the de facto capital of ISIS, the city of Raqqa.  This marks a strategic shift for the SDF for a couple of reasons. First off, that that there has been some level of strategic dialogue, or at least understanding, between the factions of the Syrian rebels, the Syrian government, and the American, Russian and Turkish government.

Now if you are getting confused, don’t worry – you should be as there are more actors than a production of a Tolstoy novel. The FSA is comprised of a coalition of Kurdish, Arab, Assyrian and Armenian militant groups who have been fighting both ISIS and the Syrian government, whilst the SDF is another militant coalition that is Syrian-dominated, but also contains the Kurdish Democratic Union Party (PYD) and its military wings the YPG / YPJ. The PYD is the Syrian-affiliate of the Turkey-based Kurdistan Workers’ Party (PKK) which has been an insurgent group in Turkey for almost forty years now.  There are groups within the FSA that are allied with YPG groups and there are FSA groups which are fighting other YPG groups. who are To make matters more complicated, the Americans have embedded special forces within SDF units and have worn YPG insignia. Obviously at some levels, this is creating a wedge between the American and Turkish governments.

Iran, Russia and Turkey met this week to discuss the work needed for a political accord to solve the Syrian conflict and they did so without the US. Recently, the Syrian government made crucial gains during their ground offensive and without a Western power at this discussion in Moscow, it almost ensures that the Bashar al-Assad regime will continue to be in power. If this is the case then it will open up another uncomfortable chapter in Turkey’s relations with the United States and have reverberations in NATO. The al-Bab offensive appears to have a more international importance than the siege in Aleppo.