Turkey’s Troublesome Times Continuing with No End in Sight 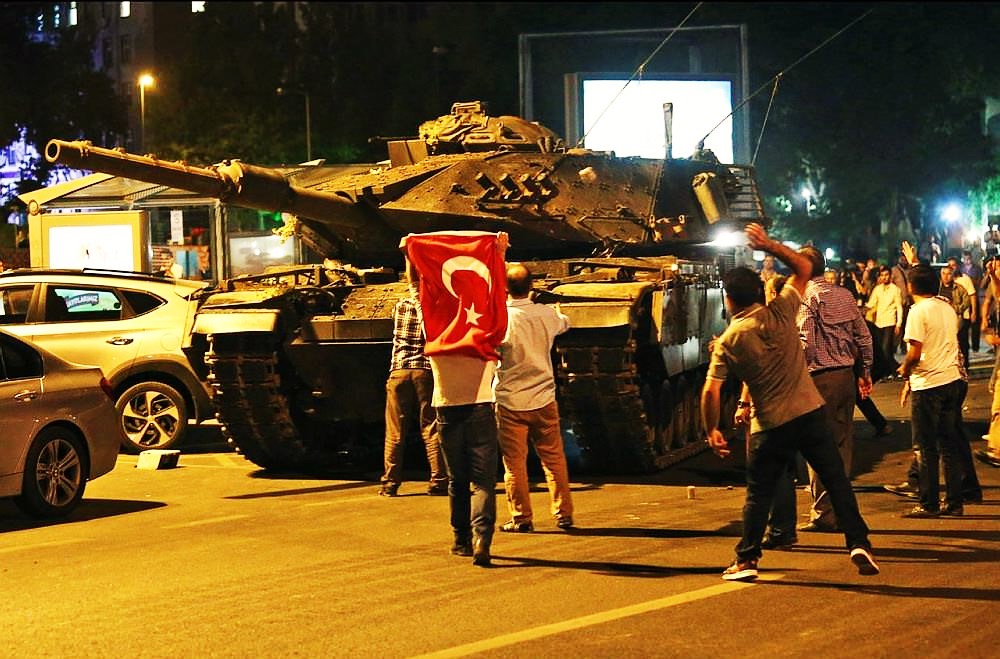 It feels like only moments ago that Defence Report was analysing the attempted coup in Turkey. July does not feel a long way away for Turkey. The country is still dealing with the fall out and here are the numbers.

In early November following the arrests of 13 journalists and correspondents mostly from Turkey’s only remaining mainstream opposition newspaper ‘Cumhuriyet.’ Cumhuriyet was established in 1924 by a confidant of Mustafa Kemal Ataturk just six months after he established the Turkish Republic – Cumhuriyet is Turkey – and represents the last secular voice left in the country. These journalists were arrested and jailed essentially for writing articles critical of the Turkish government’s current policies. It will likely be years before they see trial.

At the same moment another 10,131 public servants were sacked. At last count more than 110,000 have been sacked or suspended and 37,000 jailed pending trial since the coup attempt. That same weekend another 15 media companies were shut down. Since the attempted coup the total is up to 170 newspapers, magazines, television stations and news agencies shut down and 2,500 journalists unemployed. This and finally, the US Consulate in Istanbul ordered all civilian family members of its consulate staff to leave Turkey on 29 October.

That’s just domestically, internationally Turkey has been talking of unilaterally establishing a 5,000km demilitarized buffer zone in Syria and are looking more and more like they are headed towards a showdown with Iraq.

When both the US and EU expressed concern to Turkey they were strongly rebuffed. Turkey, as of late, is anything but safe or stable.

When discussing the coup one issue escaped DefRep’s view. An issue that came crashing into focus with the latest bombings in Istanbul last week killing at least 38 people, mostly police personnel, and wounding more than 160 others. Erdoğan’s AK, Party has recently put forward a bill that if paced would introduce a presidential system to replace the current parliamentary model in what is clearly a bid to further entrench Erdogan position and create in Turkey a ‘one man’ regime.’ Many are now pointing to the introduction of this bill as the motivation for the bombings. A push back against Erdoğan’s authoritative politics which has largely rested on support generated by mobilizing religious conservatives in Turkey.

Looking back, DefRep should have made the connection when discussing the Turkish military’s motivations for the coup. It was asserted that the Turkish military likely (and probably rightly) thought July was their last chance. It should be noted that the AKP had announced their intentions before the coup. To any paying attention, with the benefit of hindsight the connections seem clear. The bill no doubt weighed heavily in the decision to proceed with the failed coup. It must also be admitted that DefRep’s claim that in the face of the elections of 2015 that Erdoğan’s ambitions with regards to any attempt to change the constitution were all but dead, was premature. Armed with the coup, it would seem Erdoğan’s gambit is paying off. By playing to conservative forces Erdoğan has consolidated power and is almost certainly going to see this bill passed.

Today, reports began flooding in that the Russian ambassador to Turkey has been shot dead in Ankara. The shooter is reportedly a Turkish police officer who was apparently shouting about ‘revenge’ for Aleppo and Syria. Certainly it is premature to suggest any deeper meaning to the attack. It may very well be the random act of a violently unhinged individual. However, when one considers Turkey’s position on Syria, it’s rather rocky relationship with Russia, as well as Russia’s own actions in Syria and then juxtaposes them against Erdoğan’s mobilization of the religious conservative forces in Turkey one is left with a gut response that is hard to ignore.

Is this is yet another sign of a developing pattern that paints a rather bleak picture of Turkey as a country coming apart at the seams, or perhaps more appropriately being torn apart by Erdoğan and the AKP? Will DefRep soon have to publish another article reconsidering this piece from this time in 2014 discussing Turkey’s continued relationship with NATO? One can hardly ignore that Erdoğan’s rhetoric towards the West, especially after Davutoğlu’s departure has made Turkey a rather thorny subject for NATO, the EU, and the US.

The courting of religious conservatives has thrown the delicate balance in Turkey off balance. This is a country that has been compelled to straddle religion and tradition with nationalism and secularism while navigating the conflicted views pulling the country both east and west. All of which has been destabilized by Erdoğan’s bid for continued power. He has ignited the embers of old world xenophobic, myopic religious sectarianism which has plagued the Middle East and cast it backwards into the dark ages. Turkey’s usual insulation from this is eroding and that should leave all concerned for what Erdoğan plans for the future.