Book Watch: All Behind You, Winston: Churchill’s Great Coalition 1940-45 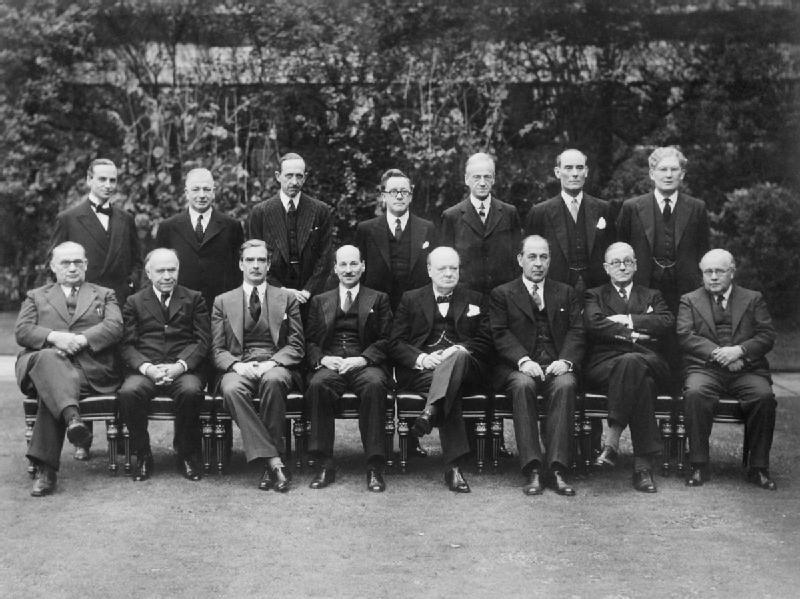 All Behind You, Winston: Churchill’s Great Coalition 1940-45 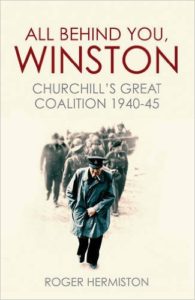 As the Nazis spread across Europe, with Hitler claiming each was his last demand, most had no stomach for war. There were, however, outliers who had for years rang alarm bells over the spread of Fascism. Among them was Winston Churchill. When the Nazis invaded Poland Chamberlain’s promise of ‘Peace in our time’ showed itself hollow.

Chamberlain’s war ministry would be half hearted in committing itself to the war. This early period would come to be dubbed by the British public as the ‘phony war.’ Although there were those within the British government desperately sounding the rally cry in the fight against fascism and calling for countries to hold fast, the British were doing little to counter the Nazi’s. The feeling of inactivity became too bitter a pill to swallow when Finland and Norway were left unsupported in the face of invasion.

In these dark days with a mood of dissatisfaction spreading Chamberlain’s government was facing increasing hostility in public and Parliament. Even within Chamberlain’s own party the hostility had become palpable. The government seemed to be pulling itself apart by the threads. In the face this pressure Chamberlain’s government would be brought down by a coalition of members of his own party and the opposition. On 10 May 1940 Chamberlain gave way to Churchill and the Nazi’s invaded France, Belgium, Luxembourg and the Netherlands. The phony war was over and Churchill was spoiling for a fight.

Churchill was keenly aware that at this moment of national crisis his government would need to command the broadest possible base of support. Churchill would require labour’s leadership if the country was going to weather the coming storm and, as a floor crosser and political outlier, Churchill was uniquely suited to the job at hand.

Churchill’s first act, as Chamberlain was still addressing the nation and making public the changing of the guard, was to summon Clement Attlee and Arthur Greenwood to the Admiralty to ask them to join in a coalition government to win the war. This would be the start of what would become known as the Churchill War Ministry. In what would become a historically unprecedented show of national unity Churchill would work with Labour and other opposition parties to form a truly national coalition. Churchill elevated Labour, handing a party with 25% of the seats in Parliament a third of the key positions and placing both Attlee and Greenwood in his War Cabinet, with Attlee eventually becoming deputy Prime Minister.

Roger Hermiston’s new book All Behind You, Winston: Churchill’s Great Coalition 1940-45 deftly takes us through the high’s and lows of Churchill’s War Ministry with what is a master-class on the subject. Discussions of the Second World War are often dominated by very specific types of history, that of the plight of the average people, bottom up history, which is thankfully risen in prominence as of late; military history, about the battlefield, a campaign, a resistance group, or about Allied policy in some part of the world; or political histories that often treat the government as a singular entity or instead fixate on a single person such as Roosevelt, Stalin, or Churchill. It is therefore refreshing to see someone approach the government not as a singular entity but instead dissect it for what it is, not a singular actor but another battlefield of different kind. The British government is too often seen incorrectly as the policy actor instead of the policy arena and a book that lays bare these inner workings, the debates, personalities, and forces at play is not just incredibly interesting (not to mention fresh) it’s also be quite fruitful and provide countless real world lessons that still hold contemporary value.

Hermiston creates an engaging narrative that really makes the reader feel like they are in the mix of it. Hermiston’s narrative manages to be both intimate and informative. His work is amazingly detailed. Even someone such as myself who studies the subject at the PhD level was learning new and exciting things. Hermiston follows through with side points of interest that are mentioned to add context by providing the background info while not getting lost on tangents. It reads rather engagingly and very light, which is quite the accomplishment given the nature of the material. The writing is never dull for a moment and the reader is never lost or bogged down.

Hermiston keeps the narrative connected to the evolving war by discussing the cabinet through the lens of the chronological events of the evolving war. It is well laid out and rooted in greater context without getting lost in it. Hermiston also adds some real quality bottom up history. This gives readers a view of the war from the individual level that makes the read feel real and fresh. This is in turn juxtaposed against the individual (almost bottom up- or perhaps inside to out) view of the individuals within cabinet. The result is that the reader is given some real intimate insight into the characters of these figures who are often presented as rather wooden in general discussion of the cabinet.

This feels like a real fresh look into the subject and Hermiston has an obvious talent for seeing where and when to use his bottom up stories to create an engaging narrative. The transition back from bottom to top is seamless and feels natural not forced. The reader can really become immersed in it all and feel like they can taste the everyday goingons in London.

The intimate knowledge Hermiston provides of the relationships between individual figures would, on its own, make for a wonderful read. When Hermiston walks these relationships into the difficult debates and decisions made inside cabinet a depth of understanding regarding the evolution of British policy is provided that is both unique and valuable. The way this picture is then stitched into the evolving war, with an eye to both British domestic considerations and greater Allied relationships leaves the reader with some very special insight. The knowledge Hermiston has of the British domestic landscape during the war is commanding and his use of personal narratives drives home how much influence these issues could play in the greater war effort.

It is clear that All Behind You, is painstakingly researched. There is a tremendous amount of facts and figures inlaid into the text. A tremendous amount of raw data gets slipped in without you really noticing and it goes to very good effect. The printing of the book is somewhat odd at times, for some reason the spacing of some lines is set as such so that an entire line of text can appear almost as one word in something of run on fashion. At times it is as if it was written in German and you are reading one of that nation’s odd multisyllabic nightmare creations. That however is likely the only fault one could find with this book.

All Behind You, Winston: Churchill’s Great Coalition 1940-45 is a comprehensive map of Britain’s shifting and unstable wartime political landscape. One cannot stress how painstakingly researched and detailed it is. With rich context and personality combining greater context with intimate bottom up narrative Hermiston provides a master’s class in how to write well on the subject. All Behind You is a fantastic book for everyone from the casual reader to the committed academic. As entertainment or as a research companion this book is a welcome addition to any bookshelf.

This book can be found here at Aurum Press