The Bear in the Mountains: Russia’s Balkan Exercise 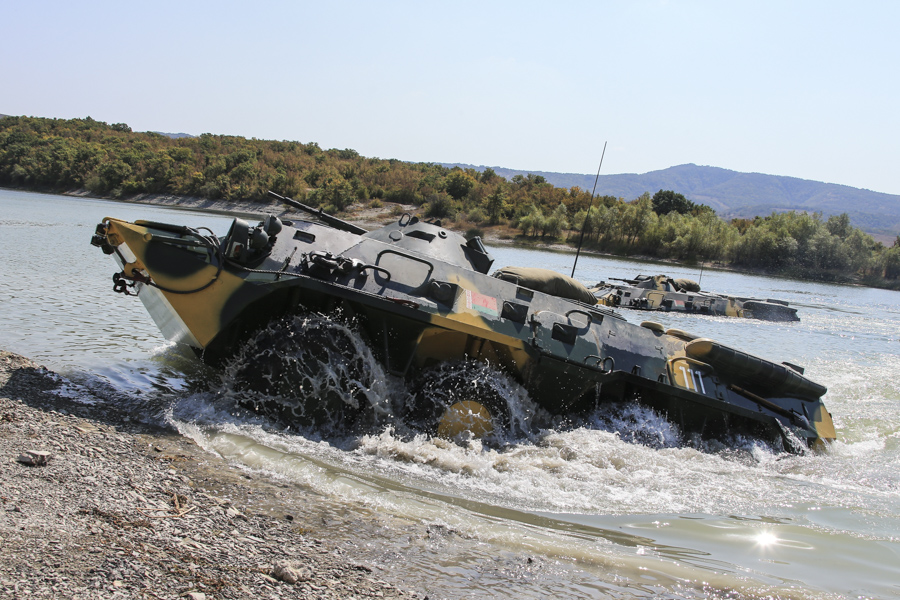 On 31 October, the Associated Press reported that Russia will be conducting joint exercises in Serbia with local Serbian and Belarusian forces in parallel to this year’s planed NATO exercises in Montenegro.

The NATO exercise is being conducted by the Euro-Atlantic Disaster Response Coordination Centre (EADRCC). Dubbed CRNA GORA 2016 it is is scheduled to last five days. It began on Monday 31 October 2016, and will run until this Friday 4 November 2016. The exercise targets international response to floods and chemical disaster relief. The drill will involve a reported 680 unarmed personnel from seven NATO countries and a further ten NATO partner states.

Russia will meanwhile be holding a 13-day armed exercise in Serbia with Serbian and Belorussian forces. Dubbed “The Slavic Brotherhood 2016”, the exercise will include 150 Russian paratroopers, 50 air force staffers, 3 transport planes and an unspecified number of troops from Serbia and Belarus. This is a follow up to last year’s ‘Slavic Brotherhood 2015’ a joint exercise of Russian, Belarus and Serbian forces which occurred in Serbia between 2-5 September 2015 and saw the inclusion of more than 700 service personnel, including a Airborne troops, special task forces, and more than 20 aircraft.

Although these exercises do not come as a surprise their parallel dates has recently begun to gain some unwarranted traction within certain circles. Although no reason to lose one’s mind, as some seem to suggest, the event is not unremarkable. It is also somewhat telling of Russian insecurity.

Significantly this is occurring just two weeks after Montenegro’s elections, an election that was marred by tension and uncertainty. On one side were the Western leaning incumbents who have faced mass demonstrations and allegations of corruption. On the other side are regionally focused, Russian leaning challengers who face their own allegations of being Russian puppets.

The election saw Prime Minister Milo Djukanovic’s Democratic Party of Socialists secure a narrow victory but also witnessed the resignation of Djukanovic only hours later with his deputy Dusko Markovic poised to replace him.

With Montenegro’s NATO membership fast approaching Russia is keen to do what can be done to strengthen its own hand in the Balkans. Along these lines Russia has been open in its desire to prevent Montenegro’s NATO membership from becoming reality. However overall Russian influence in the region is nonetheless waning. Even in Serbia, which remains under strong pressure from the Kremlin and is arguably the most Russian oriented of the former Yugoslav states, Western influence is showing. Serbia has, despite Russian objections, still become a NATO partner, and has held limited exercises with Western allies. Furthermore Serbia seems to have a keen, if cautious eye on the EU.

The regional situation has certainly been complicated by the Montenegrin election with included a terror plot uncovered by Montenegrin security forces on election day. The plot led to 20 Serbian citizens being arrested in Montenegro during the vote. The plot has since been labeled by some as an attempted coup. It has been suggested by some, including Djukanovic himself, that the attempted coup was in fact orchestrated by the Russians. The report that Serbian authorities have deported an unspecified number of Russian operatives from their territory in parallel to these events is also an intriguing point to consider.

Ignoring the sensationalism of recent events there is no doubt that, even the casual observer, Russia is attempting to remain a dominant influence in the Balkans. However, the tit-for-tat exercises witnessed in the region are symptomatic of a larger Russian insecurity that would suggest their influence will continue to diminish. This insecurity has seen Russia trying to match NATO and the West at every turn. This ‘move for move’ follow along on the part of the Russians is, arguably, a clear sign of insecurity. It is a reaction to what they perceive to being an increasingly chaotic international system that has left them surrounded and isolated.

Russia is not synonymous with the Soviet Union and although Russia remains a major global power it is not the super power it thinks itself as. Russia faces incomprehensible domestic issues from a failing economy, widespread corruption, a lack of modern infrastructure development, to an exceedingly out-dated military. As Russia tries to confront these issues they cannot realistically expect to wield the international influence they seem to think themselves capable of. In fact their economy has shrunk enough to derail many of their modernization programs. In short Russia is overextended.

With the Caucasus barely holding on (low grade terror attacks are, again, now the norm) and Ukraine having no end in sight, face offs in the Baltics, not to mention increasing mission creep in Syria, Russia is weakening itself for incomprehensible ends. Russia is only working towards the creation of something of a self-fulfilling prophecy. Ultimately these decisions on the part of the Kremlin only serve to highlight Russian fragility both internationally and domestically, and speeding up the rate of internal decay by adding unnecessary and untenable stress to an already fragile and overburdened system.

Russia views the Balkans (incorrectly) as being historically within their sphere, despite resting on what would be, at best, a flimsy argument. Even if their read of the region was defensible the reality is that Russia is running out of steam and by attempting to be everywhere at once they are nowhere. The question becomes, should we concern ourselves with Russia throwing a spanner into the works internationally or instead its inability to keep even the semblance of rationality and cohesion internally. If the Kremlin does not begin to critically examine the long-term aims of its foreign adventures and look inwards toward addressing the economy in a serious way (which will require major reform) it might soon find its position untenable.