Assad must create “Srebrenica” genocide for West to help Syria 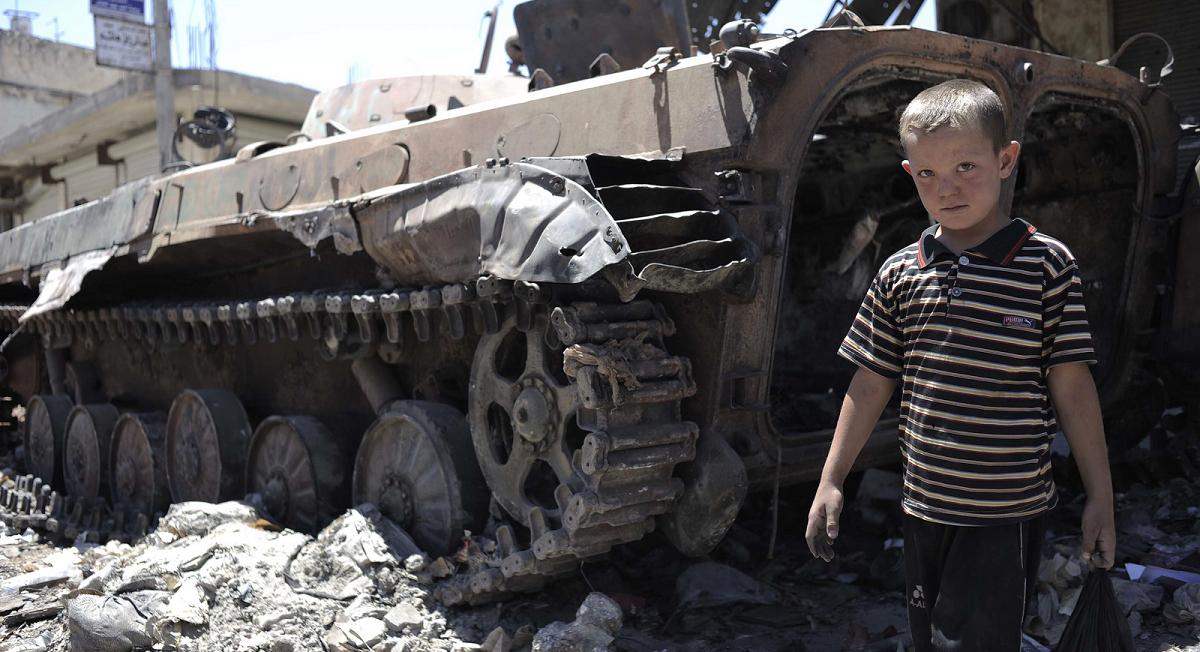 Syria’s rebel fighters can not expect assistance in the form of armed intervention from an outside coalition involving the US and European partners unless civilian casualty counts increase significantly or Syria’s chemical weapons arsenal is compromised.

Joseph Holliday, a senior analyst at the Institute for the Study of War, told DefenceReport that there were very few catalysts that might cause western forces to intervene in the 17 month old conflict. “The two most likely events to precipitate western intervention would be the use – or loss of control – of chemical weapons, or a mass atrocity on a much bigger scale than we’ve seen so far, something like Srebrenica.”

Some eight thousand Muslim men and boys were massacred in Srebrenica in 1995 after the town in northeastern Bosnia was overrun by Bosnian Serb forces. Currently, Human Rights Watch statistics place the civilian death toll in Aleppo – the scene of some of the most intense Syrian fighting to date – at over 430 dead, but accurate counts are still unavailable to outside observers. 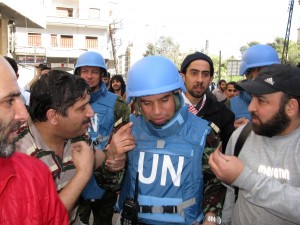 The Free Syrian Army has wrested control of large regions of the countryside – including oil rich areas in the east – but Assad’s forces retain Damascus and Aleppo, the country’s largest cities. The UN reports that some 2.5 million Syrians have been injured in the past 17 months of violence, or have lost their homes or face problems securing life critical necessities. Those reports also add that nearly 17 thousand people, mostly civilians, have been killed since fighting began in March 2011. All proposed UN resolutions that would allow the Friends of Syria – a coalition of the US and its European partners – to lawfully intervene on the side of the FSA have been vetoed by Russia and China.

Agreement among Security Council representatives is unlikely, experts say, leaving the UN little room to act in the region. “If any kind of military intervention were to be acted upon, it should be some sort of informal agreement amongst western countries,” Washington Institute defence fellow Jeffrey White told DefenceReport. That assistance, White said, would likely come in the form of a Nato campaign.

The US State Department said on Saturday that the US is standing up a crisis unit to begin drafting strategies to counter potential chemical weapons attacks, as well as to discuss a potential “no-fly zone.” But the US has been reluctant to fully engage with Syria beyond humanitarian assistance. The greatest deterrents against American-led intervention, say experts, have been election year politics and the on-going draw down of Iraq and Afghan operations.

Those protracted wars have left US policymakers wary of military intervention in other parts of the world. “US policy makers are concerned that, by providing arms and training to the opposition, the US will assume responsibility for the outcome of the Syrian conflict,” Holliday told DefenceReport, adding that “the fear is that this ‘ownership’ will drag the US into a costly and messy conflict.”

Chairman of the Joint Chiefs of Staff General Martin Dempsey told Pentagon reporters on Tuesday that a militarily enforced no-fly zone would be essential to protecting refugees fleeing Syria, though the US could not support it. Left to wage an offensive with little or no outside help, the FSA has overcome some of the organisational and sectarian problems it experienced at the start of the uprising. But critics say they still lack the kinetic firepower to produce a tactical victory over government forces.

According to Holliday, that tactical advantage could be achieved with very minor weapons upgrades or even through greater access to small calibre ammunition. “Small arms account for the vast majority of support to date, but this has had no small impact. An assured supply of ammunition has allowed the rebels to transition from guerrilla raids and ambushes to more complex offensive operations.” National Syrian Council spokesman Ausama Monajed told DefenceReport that the Council is now pushing harder for western countries to step in on behalf of the FSA in order to give the rebels that necessary tactical margin. “The rebels need to be armed properly and trained in order to organise themselves better and be able to fight the Syrian trained army in a better way,” Monajed said.

But Nato members continue to regard intervention in Syria as a step too far as it might actually weaken Assad’s opposition, Nato leaders say.

Lieutenant General JP Gaviard, who served as the Head of French Air Defence and Air Operations Command until 2006 and commanded French air combat assets during the 1999 Nato Kosovo air campaign, is one of those who recommends Nato stay out.

“The Free Syrian army does not wish to have too many soldiers from abroad on the ground,” Gaviard told DefenceReport. “The problem with external forces is that, once there, it is hard to disengage them. And then, it might be seen as an occupational force.” A host of western countries already provide some “non-lethal” assistance to rebels and operatives are likely working with the resistance on the ground, but these countries do not want to escalate that assistance, said Shashank Joshi of  the Royal United Services Institute. “The US are probably helping, not with arms, but with other forms of non-lethal assistance including money, but also communications equipment; the UK is said to be helping with encrypted radios, satellite phones and it is very likely that France is helping because of their long-standing relations with Syria.”

He explained that international intervention could be used as a peace-keeping force to protect Syrian minorities from massacres. A UN panel said on Wednesday that government forces and loyalist militias targeted and killed 108 villagers in Houla on 25 May. Almost half of the victims were women and children. In the confusion surrounding several on-going offensives – some in rural areas and some in urban populations – experts say the key limiting factor is intelligence. The Washington Institute’s Jeffrey White explained that special forces units may already be active on the ground gathering intelligence. White has fingered Turkish special forces as likely being key players in this role at the moment.

Reports of government air strikes against a northern Aleppo neighbourhood await confirmation at the time of publishing on Thursday – a reminder that reporting Syria’s growing civilian casualty count remains a high profile side effect of non-intervention.

Inset photo/ UN observers in Homs were witness to some of the regime’s extreme violence, UN, 2012