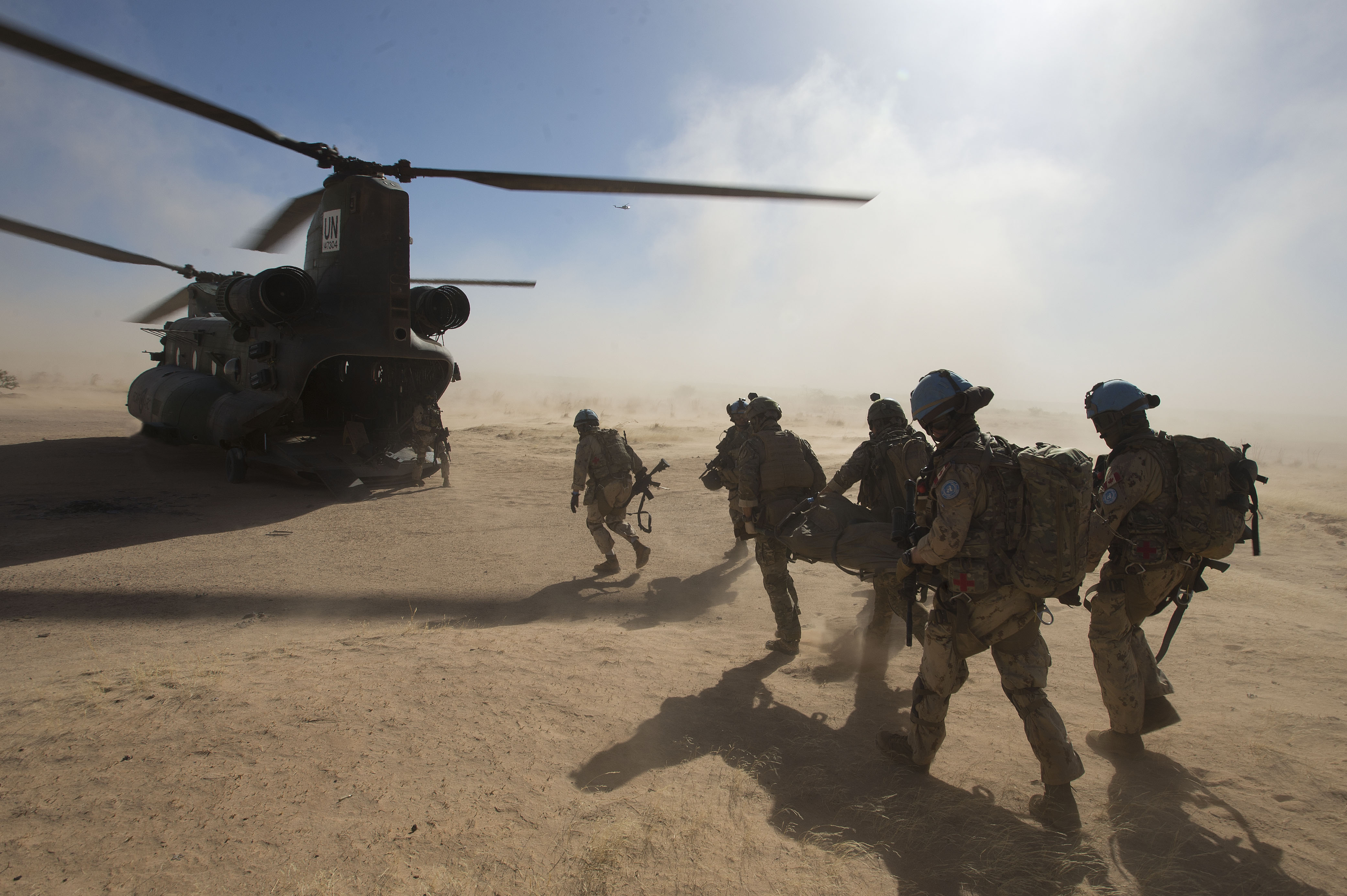 Canada’s revitalized peacekeeping initiative has stalled after the Trudeau government made a slew of announcements and even held a peacekeeping summit in Vancouver in November 2017.  Prime Minister Trudeau announced at that Vancouver summit that “Canada is back”. Unfortunately, the peacekeeping numbers did not meet the revitalized pledge and at the end of Canada is pulling out its peacekeeping contingent in Mali. It also has come to light that the Trudeau government has spent over $1.5 million dollars in the quest for a rotating seat on the UN Security Council. One million dollars of that has been spent in the past 10 months and there is no expressed limit for gifts to foreign dignitaries. Canada wants to shore up votes for its bid for the rotating seat on the UN Security Council in 2020, but actions are going to be needed rather than words and gifts.

Canada’s competition for the rotating seat is tough as the contenders are Ireland and Norway. As of 31 March 2019, Ireland deployed 656 personnel in peacekeeping operations, Canada 192 and Norway 65. Canada’s 192 deployed personnel falls short of the up to 800 promised by Prime Minister Trudeau at the Vancouver Summit back in 2017. Canada did pledge $45 million in support of UN programs and peacekeeping missions, including $15 million for the Elsie Initiative for Women in Peace Operations. Norway achieved gender equality in its armed forces in 2015 by introducing universal conscription. Ireland committed itself to continue peacekeeping missions since 1958 and has doubled its peacekeeping commitment.

Norway submitted their bid for the security council seat for 2020 in 2007 and created an infographic for their pitch. Now some figures such as the 300,000 pairs of skis sold in Norway per annum do not make much sense. However, the figures that stipulate that Norway was the 6th largest donor to humanitarian assistance in 2017, 3rd largest contributor to the UN Green Climate Change Fund, and has consistently been among the top contributors to the UN development system does bear significant weight. Norwegians are currently serving in South Sudan. Mali and the Middle East in peacekeeping operations. Canada’s bid for a Security Council seat would be better established if it were not pulling out its peacekeeping commitment to the United Nations Multidimensional Integrated Stabilization Mission in Mali (MINUSMA) – the deadliest UN peacekeeping mission to date with 195 peacekeepers killed.

Canada’s eight helicopters and personnel are scheduled to leave at the end of July, but Canada’s replacement is not ready for several months afterwards. Canada’s contribution of Chinook and Griffon helicopters were dedicated to medical evacuation duties and not frontline combat duties. Foreign Affair Ministers Chrystia Freeland stated that Canada will not remain until November when the incoming Romanian contingent can properly take up the medical evac role. Furthermore, a report tabled by a House of Commons committee backed the government’s decision of pulling out by the end of July.

Romania stated that they may be available to take up the role by mid-October. Romania is providing four IAR 330Ls, which apparently are search-and-rescue (SAR) configured. The IAR 300L was introduced into the Romanian Air Force in 1998 and the entire fleet is undergoing a mid-life refit which will allow for 10-12 years of further use. Currently, four helicopters are being upgraded for the deployment in addition to its mid-life refit. This mission upgrade may include particle filtration due to the sand and additional armour. Romania cannot deploy its helicopters until the mid-life refit is complete. This leaves the UN’s deadliest mission without a medical evac capability for three months. The reality is that the UN deadliest mission may become deadlier.

The situation in Mali

Just recently, the Malian government resigned after the massacre of at least 160 Faluni villagers by an ethnic vigilante group. This massacre was not linked to the al-Qaeda or ISIS affiliates, nor the ethnic Tuareg insurgent group – the MNLA. This is startling itself, but the situation on the ground has worsened over the past couple of years, especially as militant groups are using drones as surveillance tools and the increase of IEDs, including suicide vehicle attacks.

In relation to Canada, Mali is about the same size of Saskatchewan and Manitoba combined. So even with the UN peacekeeping mission and the ongoing French counter-terrorism mission, violence has increased and the overall situation on the ground has not improved and in fact, will continue to worsen.

In the past, northern Mali has undergone four Tuareg rebellions and the poverty rate in the region is appalling. The fourth Tuareg rebellion occurred in 2011 after the fall of the Gaddafi regime in Libya. Many Tuaregs were employed within the Libyan armed forces and the in the oil sector and the influx of migrants, and weapons served as a catalyst for the 2011 rebellion. The formation of the MNLA occurred and they sought an alliance with Islamist extremist groups to overtake the country, although were later betrayed.

The socio-economic environment has not improved. In the past year, the costs of water, electricity and food rose by 20 per cent in a country which is already vulnerable to the scarcity of resources and the level of poverty. Combine this with the 2004 United States Aid (USAID) figures of the three largest urban areas in northern Mali, where the average poverty rate of Timbuktu, Gao and Kidal was between 77-92 per cent.

The overarching violence incited violence among non-jihadist groups, which has sparked concerns that ethnic tensions may result in some degree of ethnic cleansing.

Mali is the 3rd largest gold producing country in the African continent and Canadian mining companies have a vested stake. In 2018, it was predicted that Mali’s gold output would increase by 21 per cent to 60 tonnes. However, most of the resource wealth is distributed in the south and not the north. This is after successive empty political promises, some of which brokered through peace accords, have assured the redistribution of wealth and support of development programmes.

It is purported that Canada is considering a lending two CC-130 Hercules aircraft to provide tactical logistical support from the UN logistical hub in Entebbe, Uganda. This would maintain Canada’s peacekeeping commitment, but well behind the front lines. This adds to the government’s concern that Canadian personnel are at risk in modern peacekeeping missions and after more than a decade of operations in Afghanistan that the Canadian public is casualty adverse. It should also be noted that no helicopter has been shot down in Mali. But will this new mission outweigh the negative effects of pulling out of Mali before the Romanians are ready? It would be prudent to continue the helicopter deployment in Mali until the Romanians are ready and seek the tactical airlift deployment at the same time. This course would maintain Canada’s image of maintaining its peacekeeping commitments while also seeking out a safer deployment.

Aside from Canada’s peacekeeping quandary, it may also be unlikely that Canada will get the votes needed for that temporary seat, because of two major obstacles – Russia and China. The non-permanent members for the Security Council are voted in by the UN General Assembly, but Canada’s involvement in Ukraine and the recent arrest of Huawei CFO Meng Wanzhou can create an additional roadblock as Russia and China may wish to flex their influence on other UN members.

Regardless, it definitely does not help Canada’s case that it is unwilling to deploy critical medical evacuation from the Malian theatre until the Romanian contingent is ready to deploy. The crux of the issue is that by pulling out of Mali, Canada is removing the UN’s capacity to save wounded peacekeepers in the field. If Canada is serious about its bid for the 2020 rotating Security Council seat, it would maintain its medical evacuation commitment until the Romanian contingent is ready for deployment.