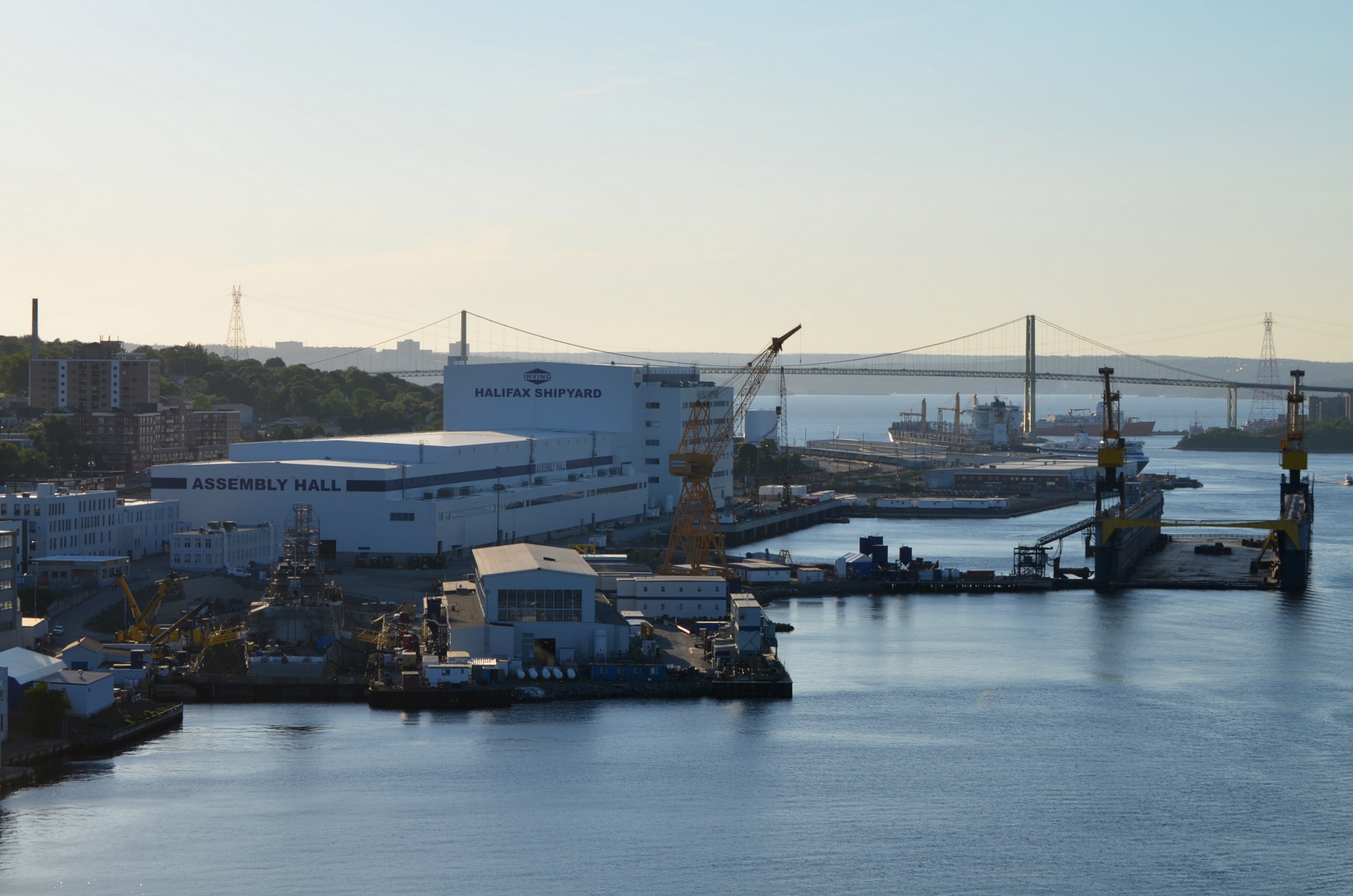 Canada’s most ambitious procurement plan, since shortly after the Second World War, is in peril like so many other procurement projects – past and present.  The National Shipbuilding Strategy (NSS) is heading towards disaster and the Liberal government is unable to provide the course correction. Seven years ago, the NSS was unveiled by the Harper government and was expected to come to a final conclusion in 2041.  Its announcement was proclaimed with admiration from all sides. But this also meant that the fate of the NSS was to entrusted in the hands of multiple successive governments and that the future of the Royal Canadian Navy (RCN) and the Canadian Coast Guard (CCG) would rest on project responsibility. The unfortunate reality of politics is that the Liberals, as the standing government, cannot concede that they are mishandling an ill-fated project and the Conservatives, the official opposition, cannot concede that the project was already ill-fated under their rule as governing party. This means that there is a political stalemate as neither party wants to admit anything –  a mutual detente that will only damage the CCG and RCN.  The unfortunate truth is that the NSS has been stalled, and that the costing was not adjusted for these delays and so the quality and quantity of the ships have already been downgraded. This, also, has led to gaps in the build schedule and the prospect of shipbuilding jobs being lost. The very same jobs that the NSS would fated to save and revitalize the industry.

The good news is that the NSS is still in its formative years and the situation has changed. However, the situation changed because it was already seen as dire. The RCN’s supply ships were rightfully decommissioned, but without a backup plan the RCN has been relying on renting out the Chilean supply ship, the Almirante Montt, for the past two years. The RCN was caught without a a backup plan as the construction of the Auxiliary Oiler Replenishment Ship replacement has  yet to begun at the Seaspan shipyard in Vancouver –  a project that was launched in 2004, but then was put under the auspices of the NSS. Nor has any construction work on the single Polar-Class heavy icebreaker, which the delivery is now being estimated to be in 2030. That being said, Canada’s medium-sized icebreakers were commissioned between 1978 and 1987 and there are no plans to replace them, even though they already need to be replaced. An essential requirement as the Canadian government continues to espouse the importance of the Arctic and the possibility of the opening of the North West Passage.

However, there is some good news when it comes to the interim Project Resolve supply ship, which has been retrofitted by Davie Shipyards in Quebec – a shipyard that did not win either the combatant or non-combatant super-contracts that the NSS was originally divided by. Davie Shipyard also went into receivership shortly after not winning the NSS contracts and has since been bought out by the Inocea Group. Its rebound was heralded with the “North American Shipyard of the Year Award ” at the Lloyd’s List North American Maritime Awards 2015.

The Department of Defence expressed, back in 2015, that the RCN is not interested in a second commercial tanker being retrofitted to meet their supply ship needs. But when the MV Asterix was unveiled to be ready for the Navy, the Canadian media, and many pundits, announced it was a rare sight in Canadian defence procurement – a success. The issue with the Asterix, the retrofitted ship, is that the government is only leasing the vessel and not purchasing it. With a promise of additional work, this really should not be a contractual problem for Davie Shipyards. Although it would be another nail in the coffin for the original NSS plan. Mostly because it was outside the box thinking which was safeguarded by only being leased. The MV Asterix refit was leased so Seaspan could keep its supply ship contract. But now, Davie Shipyards is now looking at cutting 800 jobs because of no further government contracts even though there is plenty of work. In other words, this nail in the NSS coffin really is not a bad thing.

The situation is also troublesome at Irving Shipyards, where the combatant contract went to. The shipbuilding union is voting on going on strike or not. While the Canadian government is pondering how to fill the construction gap between the Arctic Offshore Patrol Ship (AOPS) Harry de Wolf-Class and the Canadian Surface Combatant class (which will replace Canada’s Halifax-class frigates). There has been some speculation that there might be interested international buyers of the AOPS. But the issue is that the Harry DeWolf-class may prove to be too expensive and its capabilities were already downgraded from the original Norwegian KV Svalbard. It is important to garner an international clientele, but the best bet for the Canadian government is to task Irving with the construction of a new science vessel, for the Navy after theirs was decommissioned in 2016, to help fulfill the Irving’s construction gap and the RCN’s capability gap. In addition to this, the Canadian Coast Guard (CCG) needs the medium-sized icebreakers to be replaced, but there are no plans whatsoever to do just that. Any other international work generating by the NSS for Irving is just an extra bonus, but the focus needs to be on fulfilling the capabilities of the CCG and RCN.

Back in May, I wrote a lengthy peer-reviewed report that was published by the Mackenzie Institute – Returning to Port: A Needed Course Correction to Keep the NSPS (National Shipbuilding Procurement Strategy) Off the Rocks. Although some circumstances have changed, the recommendations to the government and industry have not. If anything, those recommendations seemed to be even more timely than they were a few months ago. The recommendations can still be acted upon and save the NSS from disaster. The Canadian government can cancel and reassign work as it pleases through the umbrella agreement under the auspices of the NSS contracts. And there is no reason for Seaspan or Irving to lose work when there are growing deficiencies with the CCG and RCN fleets. Reassign some work, adjust for more work, reorganize the workload where is needs to be and the NSS would be back on track. It just needs a Government that is willing to be out on a limb and an Opposition to call out the Government when it is not at the helm. The unfortunate reality is that this is needed not just now, but 2041 (and beyond as delays are inevitable).

The recommendations in the report are as follows: