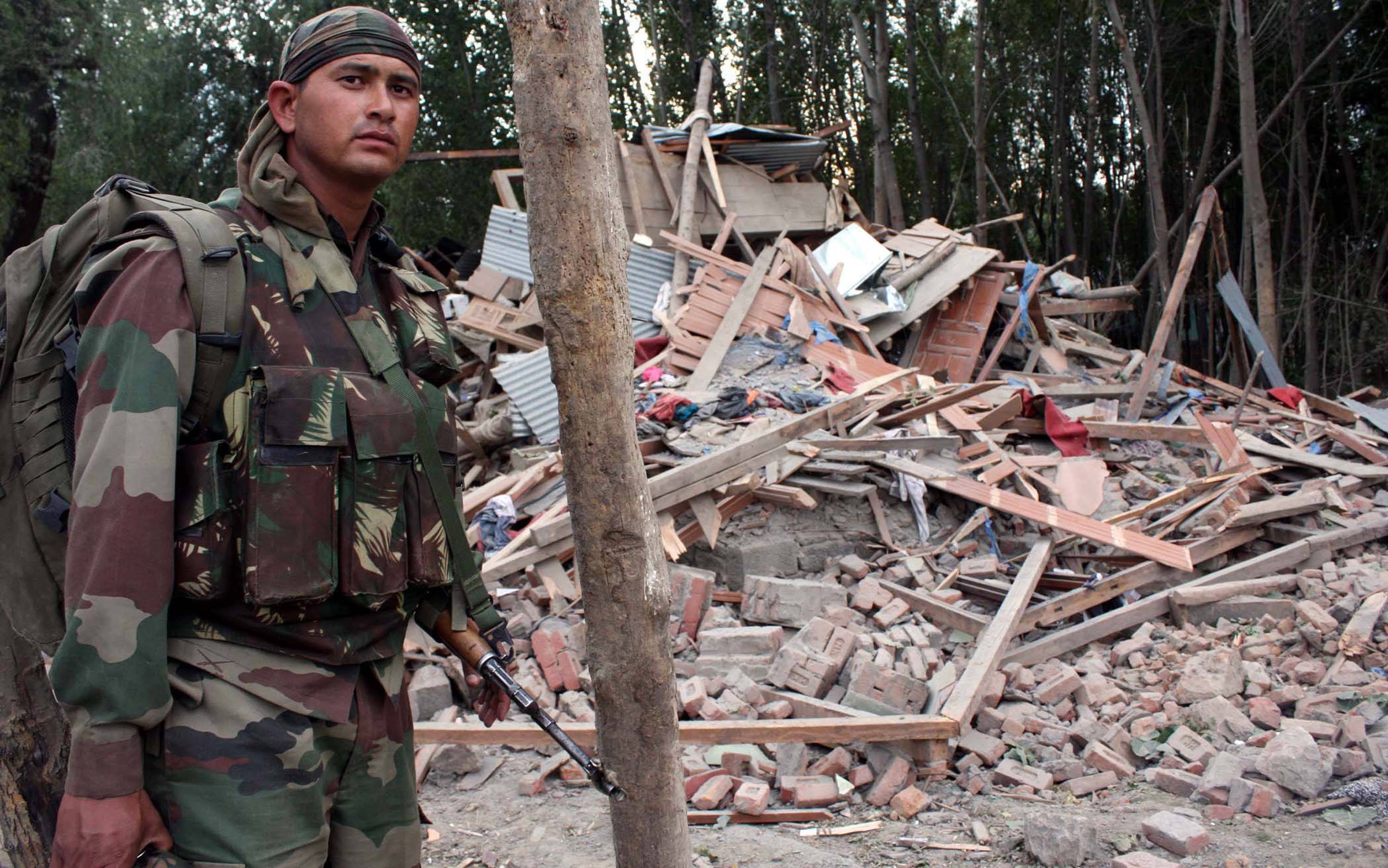 This Monday saw the most bloody day in over a decade of the crisis over Kashmir area between India and Pakistan. The firefight across the border left nine dead, 25 wounded and thousands displaced fleeing the violence. Tuesday did not bring relief and the conflict continued as did the steady stream of refugees trying to find safer grounds. According to police reports both sides have been firing upon each other for hours over the days leaving several dead and more injured. It is also being reported that Kashmiri Proxy Groups, Jaish-e-Mohammed and Lashkar-e-Taiba, have also been part of the violence.

The violence occurred along parts of a 200-kilometer border between Pakistan’s Punjab province and the Indian-controlled portion of Kashmir. The frozen conflict in Kashmir has been going on and off for over two decades after the initial rise of violence in 1989. The dispute over the area, specially the Himalayan region of Kashmir, has been going longer than that with roots to 1947 independence of Pakistan. The stream of violence escalated against the Indian governance when in 1898 the Muslim parties disputer the honesty of elections and started paramilitary sections. Violence in Kashmir went on until the 2003 ceasefire, after which there have been constant minor skirmishes across the de-facto border, known as Line of Control.

S.D. Goswani of the Indian Army stated that Pakistan fired upon Indian army positions with light arms and mortars. On the Pakistani side, the response is that India started their weapons fire without provocation and each side has accused the other of targeting civilians. Some 18,000 Indian civilians have fled the lowlands around Jammu to take refuge in relief camps. There is currently no certain number to Pakistani civilians leaving the area. “This unrest is a logical consequence of worsening political relations between India and Pakistan,” said Michael Kugelman, Senior Program Associate for South and Southeast Asia at the Woodrow Wilson International Center for Scholars. He continues to worry over the appearance that Pakistan’s military is the deciding force behind India-policy. It is quite safe to assume that armies do not do well in reconciliation as their means of resolution are quite different from diplomacy.

This current increase of violence comes at a curious time, as the attacks have coincided with Eid al-Adha festival celebrated by Muslims
both sides of the border. What more makes this a noteworthy situation is that civilian casualties have always been minimal in the conflict, but now most of the casualties are civilians. Brahma Chellaney, a professor of strategic studies at the Centre for Policy Research based in New Delhi has raised an interesting point stating that “what we are seeing on the border is unusual in terms of its ferocity and the sudden eruption in violence. … This is not the average tit for tat that we have seen in the past on the border.” So far no-one has attributed this conflict to more than an escalation of old violence. However there are terror groups in the region that should not be overlooked in analyzing the situation. Afghan insurgents have been redirecting to Kashmir, and this does increase the potential to instability in the area. Arguably there is more powder in the keg now and especially as there was very little foreshadowing of ISIS becoming more than the obscure offshoot of al-Qaeda it was seen earlier this year. A point worth noting comes from the al-Qaeda leader Ayman al Zawahiri calling Muslims across India to join a new branch culminating to a two year effort to unify the mujahideen, as they compete with ISIS.There may be an increase in pro-ISIS insurgents, or insurgents drawing down from Afghanistan, but the impact of the increase will not be felt for sometime. Kashmiri proxy groups have also perpetuated the violence and may be attempting to ensure its continuation. The Tribune reported that Indian officials have been briefed that members of Jaish-e-Mohamed and Lashkar-e-Taiba have been firing on Indian outposts. This should come of no surprise given their history and successful attacks. Both organizations launched a joint attack on the Indian Parliament buildings which caused a nuclear standoff between India and Pakistan. Lashkar-e-Taiba notoriously orchestrated the Mumbai attacks. Indian security services recently  carried out raids that resulted in the seizure of weapons and jihadist material.

An interesting development occurred recently in the form of the new appointment of Pakistan’s Director General of the infamous Inter-Services Intelligence (ISI). Lieutenant-General Rizwan Akhtar argued, in his 2008 dissertation, that peace between India and Pakistan was imperative for greater regional peace. It is more likely that the recent violence has been driven by Kashmiri Proxy groups in protest of the new Director General of the ISI. The ISI in the past has been supportive of using proxy groups in its efforts to destablise India’s Kashmir region. JeM and LeT may be taking the opportunity to force the ISI’s hand and renew their support.One could make an argument that we have not yet seen the worst of this conflict, as both governmental sides seem reluctant in negotiating for peace, and feel themselves as the unprovoked recipient of other side’s violence. We are witnessing something that might have been prevented should the peace talks initiated in May have come to a resolution. The talks were called off in August since Indian Prime Minister Narenda Modi called off a round of talks in August after Pakistan’s envoy in Delhi met with Kashmir separatists before the proposed dialogue, so this is all conjecture and guesswork. If parallels could be drawn to e.g. IRA and Sinn Fein, an example from history has pointed out that conflicts tend not to be resolved until all parties are discussed with, but with no uncertain terms and with absolute demand for ceasefire and end of violence.