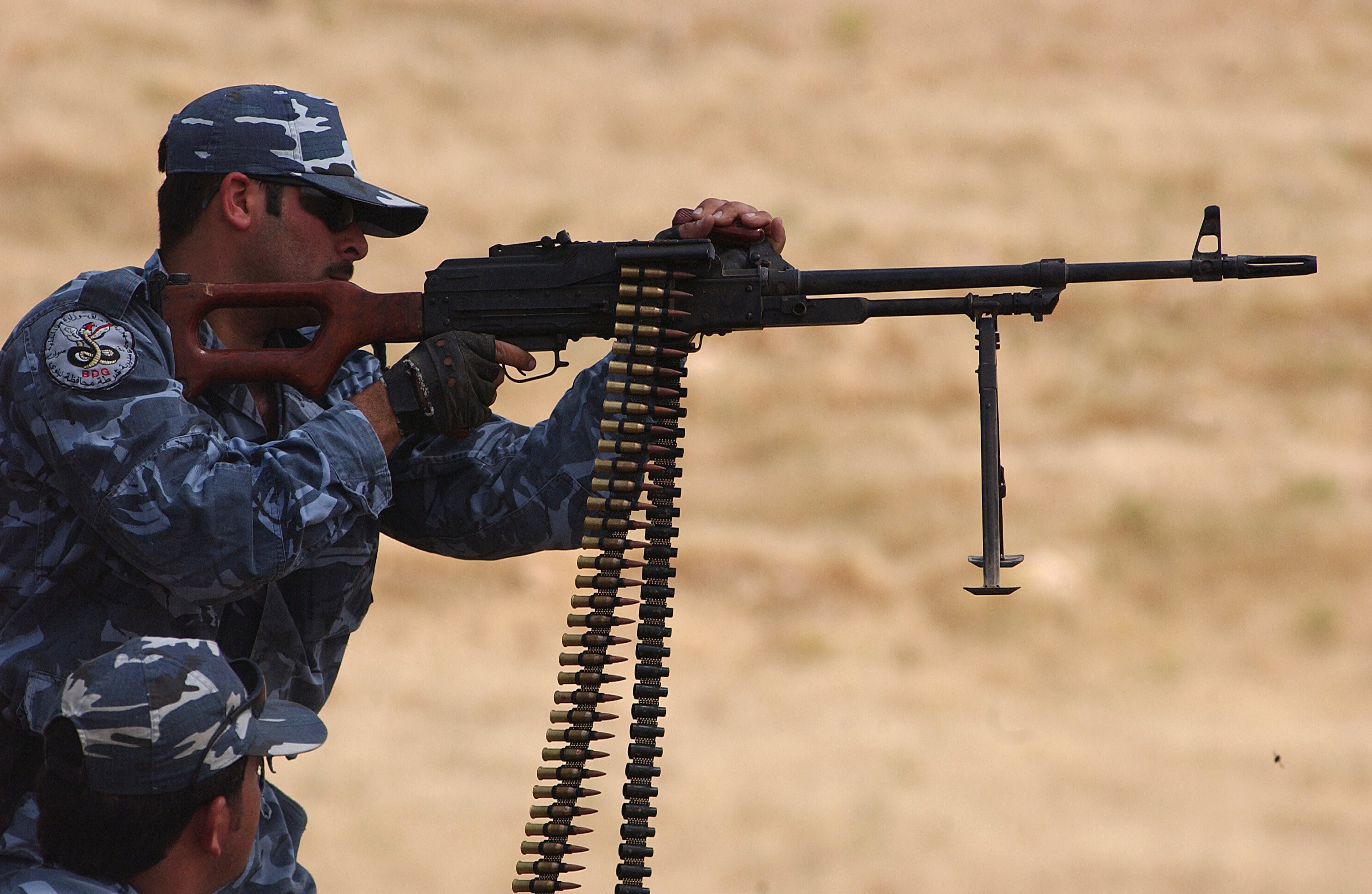 History holds no shortage of examples of states arming rebel factions. These attempts at co-opting rebel groups – harnessing chaos as it were – have met with what appears to be a mixed bag of results. The historical reference collection of events can be selectively formed to advance any agenda.

In reality however, when one examines not only the short-term net gains but also the long-term repercussions one quickly recognizes a consistent result. That result being, policies aimed at co-opting irregular movements through arming rebels in the hopes that a power can successfully wield them to their own end consistently falter in the long run essentially trading short term success for long term failure.

To take the U.S. as an example, there is a long complicated history associated with arming rebel groups. Support for anti-communist militias in Argentina and Honduras to the U.S. tacit acceptance of the Khmer Rouge as long as they fought Communist Vietnam. The Nicaraguan contras, CIA operations in Chile aimed at supporting Pinochet’s military coup. In Afghanistan, the American’s largely successful (in the short term) aid to the Mujahideen in opposition to Soviet occupation all clearly demonstrates how murky the waters are.

The cycle is one that has become familiar; rather than commit ‘boots to ground’ local proxies are cultivated. Often the assessments for whom to support is based on short-term military assessments, i.e. combat effectiveness. However, in choosing the most effective combatant to reach short-term goals often one finds themselves associated with unacceptable brutality. The long-term outcome invariably creates and perpetuates further violence and instability, drawing them further down the rabbit hole, into a region now awash with weapons.

Today, NATO members face growing pressures to address the ISIS threat. After more than a decade of major combat operations across the Islamic world these powers face operational fatigue and domestic pressures for disengagement. The economic and political toll this prolonged engagement has held for western powers is being acutely felt within the halls of NATO. This pressure to both simultaneously do something while not getting involved directly rooted in institutional fatigue has led to the adoption of stopgap measures that serve no one’s long-term interests.

Insurgencies faced by western powers in recent years have done exactly what insurgencies do. They have created fatigue and in the face overwhelming cost, with no end in sight, they have begun to motivate states towards disengagement. These states have begun to search for alternative ‘low impact’ solutions, but there are no easy answers and a “no boots on the ground” solution, although desired is unlikely to appear.

It is worth noting that that a year after debating the question of arming rebels the U.S. faces debates over airstrikes and limited involvement. Given the current evolution of events what will be debated next year? In a short timeline we are witnessing exactly what happens when you arm rebels. That is, being further drawn down the rabbit hole, mission creep.

In keeping with this ‘hands off’ approach, a great deal of effort has been made to advocate the support and arming of Kurdish rebels as a viable means of addressing ISIS. The aim in the short-term would be to indirectly provide a counter force to ISIS that could serve to stabilize the region. However, real concern has been raised within the US over not only the legality of this methodology but also the potential that U.S. weapons will find their way into the hands of ISIS or other potential current or future enemies.

In simply saying, “Arm the Kurds,” the classic mistake is repeated. That being treating “the Kurds” as a single homogenous entity. This is absolutely false. A strong central hierarchy within an irregular force such as this is a fallacy. What we are dealing with is a whole range of groups in temporary fluctuating alliances. These alliances will no doubt disintegrate if ISIS is removed from the board. In the case of the Kurds their allegiances are mixed. The Kurds have three distinct leadership hierarchies that are usually engaged with fighting amongst themselves. Identifying who is “our kind of Kurd” will undoubtedly prove monumentally difficult and will require an on the ground investment. Indeed, if the Kurds are successful we should be prepared for the Kurdish civil war that will undoubtedly follow in its wake.

It is not uncommon for a state in the maelstrom of events to make rapid decisions based in immediate need and realpolitik. However with a narrow short-term lens this can often lead to becoming hoodwinked or worse. Since arming the Free Syrian Army (FSA), it has now come to light that at least some elements of the FSA have made accommodations with ISIS. We have to remember these elements represent independent third party players with their own agendas and who, like us, will align themselves with whatever force provides for their immediate needs. The reality is once these weapons are put in play we will have very little control over whose hands they end up in, or who they will be pointed at.

A program of this type, without the necessary long-term follow through and a commitment that will undoubtedly require boots on the ground (indeed, a large number of them), presents us with a whole slew of problems.

Recently, we have seen reports that some weapons intended for the Kurds have ended up in the hands of ISIS. This is only the tip of the iceberg. It does not take a creative mind to imagine the possible outcomes that arise from flooding a region awash in strife and conflict with weapons.

There are questions that need to be asked: what will become of these weapons, and who will they be turned on once ISIS is defeated? They are unlikely to remain idle long. Whose hands will they fall into? Let us not forget that it is the weapons provided to the Iraqi national army that have now been seized by ISIS. It is American-made tanks and artillery that have made ISIS “the best-armed terrorist movement in the world.”

Also of concern is how our allies such as Turkey or Iraq will react to the declaration of an independent Kurdistan? A real possibility if the Kurds are successful. If, as some have suggested, it leads to the break up of Iraq the question is still how will Turkey and Iran respond? Iranian interests are to see the creation of a Shi’ite belt that reaches the Mediterranean, Turkey, who has little love of the Kurds, appears to desire the resurrection of the Ottoman Caliphate.

Let us not forget the Syrians themselves or the implications for relations with Russia for that matter. Russia, consistently pro Assad, has responded unfavourably to a western armed and bred Kurdish insurgency marching across Syria. It should also be noted “currently, the U.S. is asking the rebels to fight a war on two fronts- first against Assad, second against ISIS. Where will Syrian fighters turn if they lose?”

How might a battle hardened and well armed Kurdish resistance respond after securing a place within the region’s power matrix? It seems clear that their long-term agenda would be at cross-purposes with our own or at the very least with that of our allies, such as Turkey. Given the recent history of western intervention, the level of influence we can reasonably expect to exert over these groups seems less than encouraging.

Those that cite historical successes of co-opting irregular forces without fail, selectively craft evidence, and utilize narrow short-term windows of assessment. When looking to the West’s most recent foray into the historical rabbit hole in Afghanistan and Iraq, both have been failures and the current sate of affairs concerning the rise IS and the deteriorating situation in Afghanistan is proof of this assessment.

The failure of this policy comes back to one glaring issue…lack of follow through. It is not that this policy is an out-and-out disaster waiting to happen. The mixed results we perceive from assessments concerned with only short-term successes prove that these policies can in fact provide results.

When these heavily armed, highly mobilized, and often radicalized forces are left to their own devices invariably conflicts over long-term agendas arise. Often time civil war soon follows disengagement as factions vie for regional dominance in the power vacuum. This breakdown and infighting as we have witnessed leads to further radicalization and often-bitter resentment towards their former benefactors.

It takes no expert in military affairs to realize the fallacy of that old axiom “the enemy of my enemy is my friend.” Those who utilize it as a foundation for their policies do well to recall that many of those invoking such a policy stance in the past have had their lives cut short at the hands of such a friend.