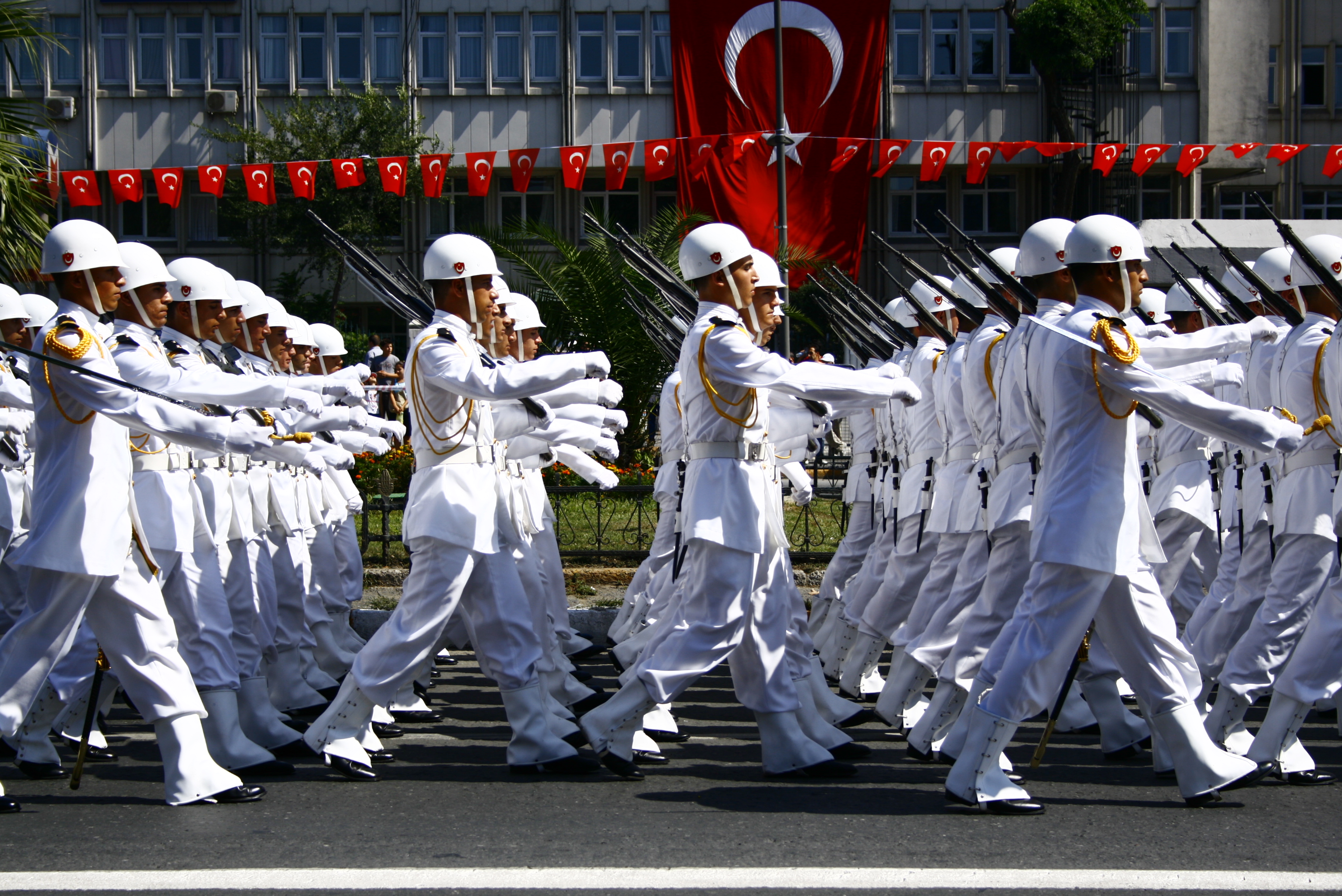 On 17 November of this year NATO Secretary General Stoltenberg appointed Turkish Ambassador Ismail Aramaz as the next NATO Senior Civilian Representative (SCR) in Afghanistan. Aramaz is expected to take up his new post early next year.

This appointment seems to have come at an important moment. It has served as a timely reminder of the significance the, oft neglected, NATO member plays in the alliances stability and fortunes. Indeed, it is often forgotten that Turkey truly is a powerhouse in the halls of NATO and is rightfully able, due to its geographical position, to demand a great deal from her alliance partners.

Over the in recent weeks Turkey and it’s puzzling President Erdogan have been receiving a great deal of press. From the ongoing conflict on its borders between Kurdish and ISIS forces to Turkey’s sparkling new ostentatious and massive presidential complex, to accusing the international media of waging a “psychological war” against Turkey, to declaring Muslims discovered America and that women and men are naturally unequal a great deal of head scratching appears to be going on concerning, arguably, NATO’s most underrated member.

Erdogan, it may be remembered, served as prime minister for 11 years before occupying the presidency. He is a long-standing figure in the realm of Turkish politics and maintains considerable clout despite concerns over support. In the past, Erdogan has often been publicized in the Muslim world for having reconciled Islam and Democracy within his political beliefs. However, in recent years, although his Justice and Development Party (AKP) party does not hold the Parliamentary majority required to amend the constitution, Erdogan’s aim of turning the traditionally ceremonial role of the presidency into the center of Turkish political power has become clear. Although in Turkey the office of the President is technically second to the prime minister, Erdogan has worked to concentrate power in his presidency.

The strengthening of Erdogan’s position has been pointed out as serving to create tension in US-Turkish relations. Some go so far as to suggest that Erdogan has used conflict with Washington to help him consolidate his position domestically. A convincing argument can be made that Erdogan has used this US-Turkish tension to his advantage, rallying his conservative base behind a religiously coloured agenda while emphasizing clashes with the US over how to confront Islamic State militants. He has also utilized the opportunity to create a narrative of foreign meddling being the prime culprit for any crises Turkey confronts.

Turkish-Israeli relations, which have at times proven difficult, in recent years have degraded to the point of bitter resentment and mutual recrimination. This has in no doubt weighed heavily on Turkey’s unique balancing act between Islam and secularism and between regional ideological considerations and global security considerations.

This posses tremendous difficulties to the US as they attempt to balance their relationship with Israel against the friction this relationship has created in continuing to maintain NATO stability. Israel has played a central role in the US pursuit of their Middle Easter policy agenda. However, the conflict between this relationship and the essential importance the Americans place on NATO has certainly been cause for comment.

The US realizes that the central factor to a successful Middle Eastern policy hinges on Israeli-Turkish relations. NATO efforts to quietly develop closer ties with Israel are no doubt rooted in this view but may also prove to be a factor in influencing changes witnessed in Turkish attitudes towards their own regional policies. It would also seem that despite the efforts Turkey’s line on Israel is only hardening. Certainly Erdogan’s stiffening position concerning Israel, most likely for domestic consumption, has been of little help to American efforts to broker reconciliation between Turkey and Israel. Current indications are that there is little chance of making this essential reconciliation a reality anytime soon.

The current situation could be argued to not bode well for Turkey’s NATO future. There is, however, a great many other factors involved is assessing where the current NATO-Turkey course is headed. Perhaps more concerning than the behaviour of Erdogan, or Turkish-Israeli relations are the conversations concerning Turkey and NATO that are being held in both the media and political circles.

Over the last few months there have been a number of articles from pundits urging NATO to “kick Turkey out”. These articles weighing in on Turkey’s continued role in NATO have been in part motivated by Turkey’s cautious response to joining the fight against ISIS. Furthermore Turkey has been taking its traditional line regarding restricting what activities are taken by NATO forces operating from Turkish territory. A great many, usually conservative, western oriented pundits have responded by arguing that it is time to “get tough” with Turkey and demand they get it together or face being kicked out of NATO.

The problems associated with such a position are multifaceted. For one it fails to acknowledge a changing geopolitical paradigm concerning Turkey. Turkey is not a second tier power that the West can simply dictate policy to like some junior partner. It is time the West, most especially the US awake to the new 21st century reality of a Turkey which is an equal player and an undervalued ally. This is why we see the shift in Turkey, her foreign policy objectives are beginning to be revised to conform with what is believed to be its rising international profile as at the very least a major regional power if not a global power.

The talk about excommunicating Turkey from NATO is largely based in fantasy and avoids the real cause for current tensions. NATO has largely ignored Turkey and acted carelessly toward a valued ally for far too long. When NATO has paid attention it has often been to dictate terms of policy that Turkey has not agreed with. There is rising concern in Turkey that NATO could indeed serve as a hindrance to Turkish policy ambitions. Ongoing disagreements on NATO policy concerning the Russia-Ukraine crisis serve as an example. Indeed, there is a widening divide between Turkey and the US, for example, on threat assessments and solutions to these concerns. Many argue, quite correctly, that divided has been cause by the US / EU heavily influenced ‘Westernized’ polices of NATO.

With all this considered many would assume there is not much hope for Turkey and NATO. However, one point of hope is NATO’s acknowledgement of and growing concern over Turkish public opinion becoming increasingly disillusioned with NATO. The upshot from all the rhetoric over kicking Turkey out of NATO has been that Western specialists have begun to speak up in the face of Turkish hesitancy regarding IS. The main point being underlined is the critical geostrategic position Turkey holds. The West is, at the urging of NATO insiders, beginning to realize they cannot risk alienating Turkey because it represents the geographical center of almost every crises the West is currently concerned with. Thanks to this growing awareness NATO and the West are starting to sense what Turkey has already felt for quite some time, they are an equal player demanding of greater care and attention.

Turkey for its part too realizes the continued value that NATO holds, especially as the alliance awaken to the fact that Turkey is an equal partner whose concerns demand serious attention. Despite Erdogan’s rhetoric Turkey stands to gain more than it does loose by sticking with NATO and Erdogan, despite being a serious political force is hardly the sole voice of authority or policy in Turkey. Turkish officials, like their NATO counterparts realize that the dynamic of the relationship is changing but the value of that relationship is not. Far from witnessing the breakdown of NATO-Turkish relations we are likely witnessing the beginning of a new chapter where we will see increased attention paid to Turkey by her NATO allies as relationships are renewed and strengthened.