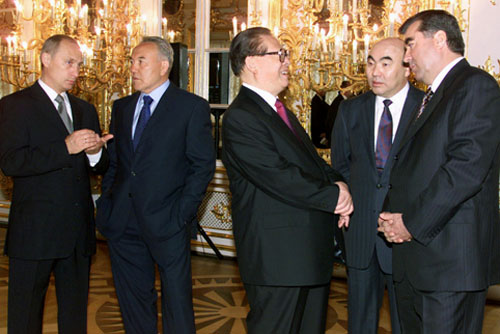 On 24 November 2014 a new Abkhaz-Russian treaty was signed with little mainstream media attention in the West. The ‘Alliance and Strategic Partnership’ treaty signed between Russia and largely unrecognized Republic of Abkhazia has been the source of controversy and demonstrates the divide between The Russian Federation on the one side and NATO and the EU on the other.

Federica Mogherini, High Representative of the European Union for Foreign Affairs and Security Policy, has described the treaty “ with Georgia’s breakaway region of Abkhazia [as] detrimental to ongoing efforts to stabilise the security situation in the region.” And furthermore describes it as a violation of ”Georgia’s sovereignty and territorial integrity, contradict[ing] principles of international law and the international commitments of the Russian Federation”.

The treaty is being viewed in Moscow as a step forward in further moving Abkhazia towards the Kremlin. Thomas de Waal, a senior associate in the Russia and Eurasia Program at the Carnegie Endowment has described the treaty as a win for Abkhazia in its ability to blunt Moscow’s desires to see Abkhazia ‘integrated’ and instead has served to maintain Abkhazian independence while strengthening cooperation with Russia. With this said, the treaty will see Russian and Abkhaz forces turned into a joint force under Russian command. Putin has also promised that Moscow will also double its subsidies to Abkhazia to about $200 million next year. With Russia’s ongoing economic troubles this promise may be difficult to keep.

Just days before this treaty was signed on 20 November 2014 the Russian-occupied South Ossetia’s separatists announced the beginnings of negotiations for a new “comprehensive agreement on integration” with Russia. This “Treaty of Alliance and Integration”, as it has become known, looks as if it will be signed in the very near future.

The South Ossetian treaty would establish the Kremlin as the guiding force in what has been called an “agreed-upon foreign policy.” The treaty would also hand over control of security and borders to Russia. As Thomas de Waal has described it “South Ossetia is being swallowed up.” The draft treaty has aimed at securing ruling support and stipulates that government salaries in South Ossetia will rise to match the levels in the Russian North Caucasus. One is left to wonder where the money will come from.

Moscow’s apparent strategy strikes the author as counter intuitive. It would seem that Russia is creating a policy of addressing perceived threats, such as Ukraine’s pivot west, with efforts to physically force these regions to remain in Russia’s sphere of influence and conform to Russian policy. As Moscow has sought to extend its territorial reach in the Caucasus these treaties have further damaged relations between Georgia and Russia. In doing so it would seem Moscow has only served to deepen their troubles by having driven the neighbouring states of Ukraine and Georgia further into the Western camp.

Meanwhile on the other side of the Caspian, in early December Uzbek President Islam Karimov urged Russia to involve itself more vigorously in protecting Central Asia from the rising threat from militant Islam as US forces draw down in Afghanistan. Russia has fallen victim to Uzbekistan’s cold war proxy politics of playing one superpower against another in a three way race with China and the US which has seen Moscow forgive $865 million in Uzbek debt.

Russian responses to Uzbek security concerns are likely to be proactive and one can expect to see Russian security forces moving into central Asia as Moscow further extends itself in an attempt to secure itself. This is occurring at a time when Russia has become acutely concerned with regional security. However, the wisdom of further engaging itself in a jihad is dubious at best. It should be remembered we recently witnessed a major terrorist attack in Grozny by Chechen separatists with likely ties to jihadist networks via the North Caucasus Emirate. The serves of a timely reminder that Russia continues to face jihadists in the Caucasus. A commitment of Russian support to Karimov, whose government has taken a hard line against Islamists seems almost sure to invoke the furor of Central Asian jihadists, keen to find a new adversary.

It would seem at a time of economic down turn, continued western sanctions and increasing (often self imposed) security concerns Moscow’s growing paranoia is well founded. The Kremlin seem to be fixated on a strategy of physical response as a viable response to these growing pressures. However, as Moscow has sought to extend its territorial reach and secure its position it has only served to create a self fulfilling prophecy and in doing so Moscow seems to have only served to deepen their troubles.

It would seem the Kremlin believes the best way to put out an apparent fire is with gasoline.