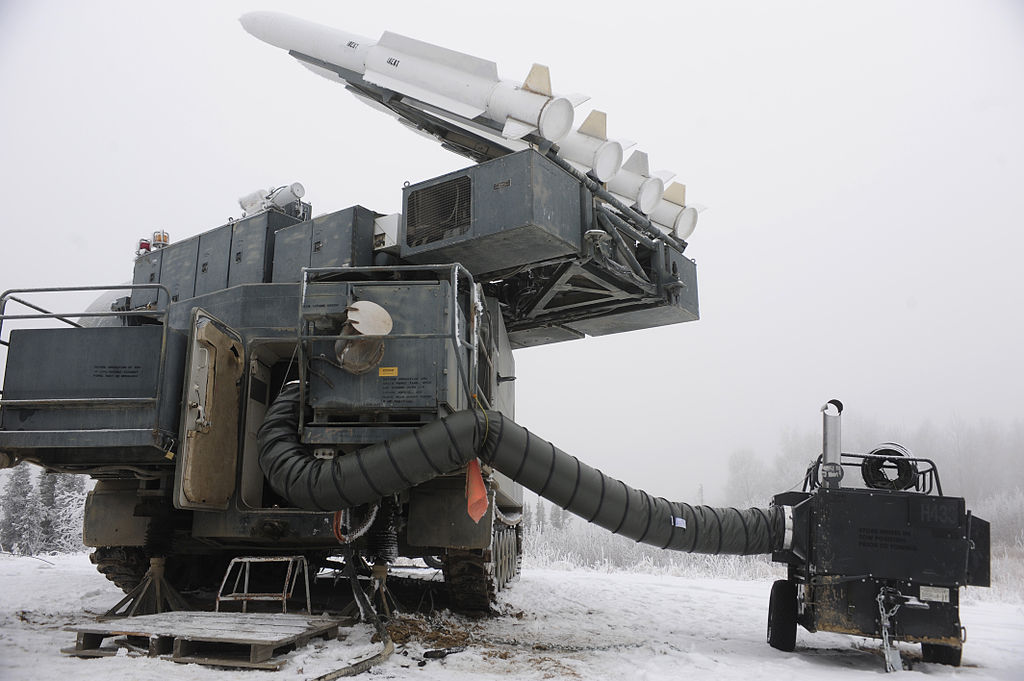 Malaysian Flight MH17, that carried 285 passengers and 13 crew members, crashed near the Ukrainian city of Donetsk. Almost immediately after the plane crashed, Anton Herashchenko, an adviser to Ukraine’s interior minister,  claimed that the plane was shot down by the Ukrainian pro-Russian rebels.

The likelihood of the rebels shooting down the plane is a possibility, but the alternative option of the Ukrainian military being guilty should not be ruled out. For this is the unforgiving nature of the Fog of War. The Ticonderoga-class Aegis guided missile cruiser USS Vincennes shot down an Iranian airliner in 1988 after mistaking it for an Iranian fighter jet which killed 290 people. This has not been the only airliner that has been shot down by mistake. In 2001, 78 people died  when a Siberian Airlines flight from Tel Aviv to Novosibirsk was accidentally shot down by the Ukrainian military during an exercise.

Since the crash, the majority of the speculation of who fired the missile has concentrated around the pro-Russian rebels. The rebels have finally announced that they are in possession of the recently heralded 9K37 Buk anti-aircraft missile defence system (NATO designation SA-11 Gadfly). Ukraine does not have the NATO designated SA-17 Grizzly Buk air defence system. The rebels used a similar system last week to down a Ukrainian Antonov AN-26 aircraft. 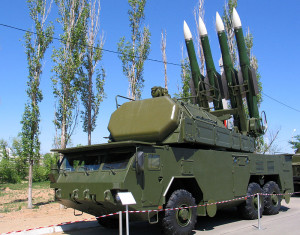 The SA-11 has the operational range and capability to have taken down     the airliner. The maximum altitude it believed to be 15,000m (49,200ft)  which would well be within the 10,000m which the airliner was believed to have been flying at. The missiles also have an effective guiding range of between 3-32km (approximately 2-20 miles). The Gadfly was introduced in 1979 and therefore its radar system would have difficulty distinguishing between a large commercial 777 airliner and that of a Su-25 fighter jet.

Some people has been quick to surmise that Ukraine’s rebels must have received these mobile air defence systems from its putative Russian supporters. Again Anton Herashchenko, an adviser to Ukraine’s interior minister, had a hand in this as he was quoted of saying that the air defence system was “kindly given to the separatists by (Russian President Vladimir) Putin“.

However, ITAR-TASS reports that the rebels have seized the equipment from the Ukrainian military. Ukrainian military forces have conducted several offenses on the city of Donetsk and other towns. Photos have recently emerged on the social media of destroyed armoured vehicles supposedly in the the Donetsk region.

The Malaysian airliner was not the only aircraft that was downed last week. Nor was it the only accusation that was made. Ukrainian officials claimed that Russian fighter jets were responsible in the downing of a Ukrainian Su-25 fighter jet. While rebels claimed that they had shot down two SU-25s last week, again a similar system to that of the SA-11 Gadfly would be required.

The probability of taking down a fighter jet with a man-portable air-defence systems (MANPADS) would be highly unlikely. It is widely known that the rebels are equipped with similar MANPADS such as the Russian 9K32 “Strela-2 (NATO designation SA-7b Grail). The use of these are limited to low-flying aircraft at lower speeds such as helicopters or turboprop planes.

Observers from the Organisation for the Security and Cooperation in Europe (OSCE) have seen the crash site, but were unable to get full access. According to the observers, several of the gunmen were impolite and were suspected of being drunk. It should be noted that the large area of the crash site may not be under control by one faction of the rebel forces. Russian President Vladimir Putin urged the rebels to cooperate with the investigation and there are rumours that the rebels are tampering with the crash site and hiding evidence.

A blip on the radar. As cold-hearted as that sounds, that is what the Malaysian Airline Flight MH-17 was at the moment before the launch of the missile. There are still two options on the table, while one being more probable than the other.

The probability still lies with the overzealous pro-Russian rebels, but nothing can ever be ruled out without further investigation. This incident definitely has been a tragedy. However, the real tragedy is the on-going situation on the ground in Ukraine will not change in light of what has happened and the on-going violence will continue.