DefRep weekly recap: Must we talk about the F-35 again? 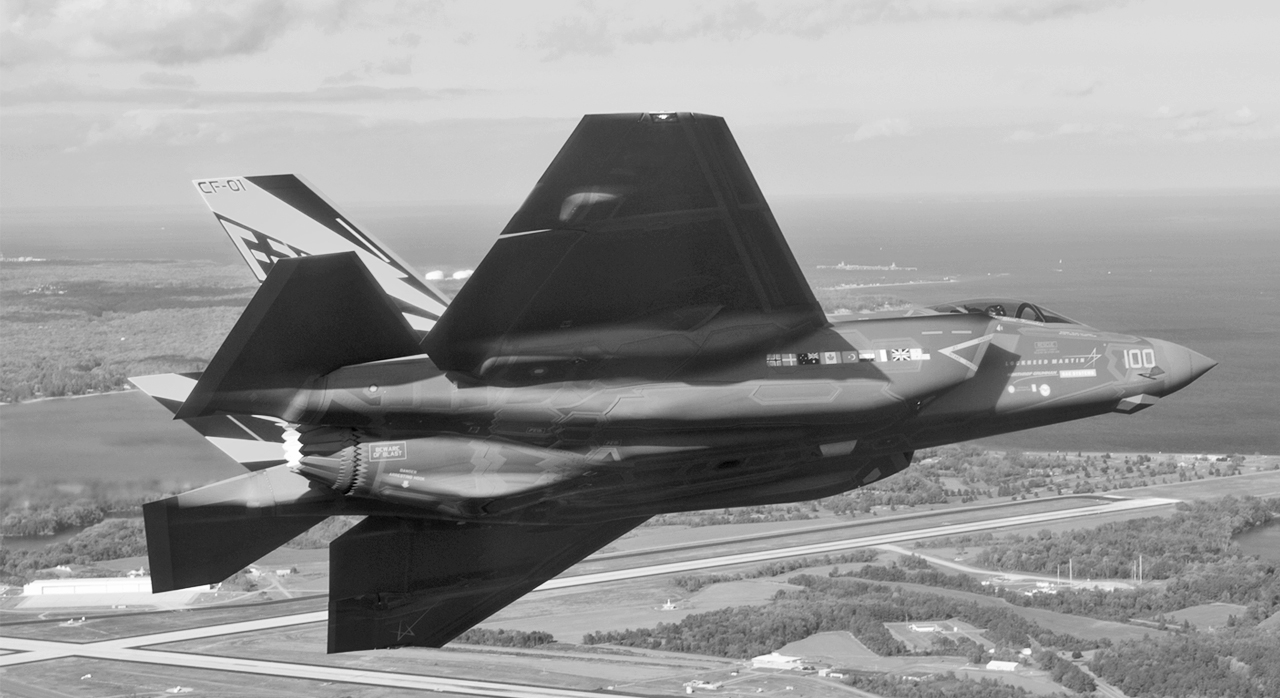 Cracked blades, catastrophic engine failure and billions and billions of dollars, aka the ‘Joint Strike Fighter’

I suppose part of me feels somewhat resentful – feeling like the latest structural issues with the F-35 Joint Strike Fighter must be addressed at DefenceReport. Al Jazeera called me in again this morning to discuss the Pentagon’s statement yesterday that they would be grounding the US fleet of F-35s due to cracks found in the engine blades of one of the Pratt and Whitney power plants in an F-35A. While everyone awaits results of further tests (likely to include metallurgical analysis, stress and composition tests, etc), we are forced to consider that this latest error – just one of a litany of airframe, propulsion and life support problems – may be the beginning of the end of a very expensive international procurement programme.

As I said, I would rather be discussing other things – like trying to unpack why the US Army’s latest reported suicide rate (January 2013) has increased. Or why BAE has generated a shiny new and incoherent buy back plan that follows an equally mind boggling pensions fiasco. Or why the US Army has tacitly admitted it will retain troops in Afghanistan beyond the 2014 drawdown date. Or even how the British government is converting bankers’ bonuses into disabled veterans’ benefits. All newsworthy, all important. But here we are – again. I told Al Jazeera that the critical thing here is not just the US fleet of JSF which have been grounded – but the international fleet, including jets delivered to the UK.

Then, there is the issue of current investors – Italy, Japan, Norway and Turkey. Then there are interested partners – Israel and Singapore to name a few. It’s a very large programme internationally – the USD 400 billion over 30 years that the US is talking about spending on this “fifth-generation multi-role righter” is but part of the international spend. It is the majority share, but it is still a fraction.

So what’s the risk? Cracks in engine blades translate into potential FOD (foreign object damage). Engine FOD at altitude, at the speed of heat and with a busy pilot at the controls – can very easily and very quickly turn into catastrophic engine failure, engine fire or even explosion. At best, in these cases, the pilot has little time to extinguish the burning, no chance of relying on a second engine (the JSF is single engine) and is lucky to create enough time to get the jet into an envelope where he can eject safely – and with minimal risk of collateral damage (the jet crashing into something). Quite rightly, all jets found with these faults are instantaneously grounded – until the cause of failure is clearly determined, the problem is remedied and test flights confirm the bird is safe to fly. This has happened before of course.

In my short career, it happened with several training aircraft and with the ageing EA-6B Prowler (not cracks so much as bearing problems). In contrast to the JSF, these aircraft had all flown thousands of hours and were undeniably ancient. Especially compared to JSF. They were also a fraction of the cost.

Recently, a Super Hornet pilot wrote into a Canadian defence blog arguing against JSF performance characteristics in favour of his current platform. For arctic missions, the Super Hornet is operationally proven. The JSF is not, nor is it even close. The bottom line is that the most expensive procurement project in US and UK history is on its way back to the drawing boards.

Stresses like those exerted on the JSF are clearly not understood very well, much less measured. The risk to aircrew and to mission is unquantifiable. Even worse was the message sent by the Indian MoD who flatly refused to consider the JSF for its fifth generation fighter needs. Instead, they signed a deal with Sukhoi. And we can all expect a stealthier, faster, more manoeuvrable and more capable fighter than the JSF. Which essentially leaves US air combat superiority in the hands of the F-22. Which has been cancelled. For the UK, well, they’ve sold all their Harriers and have spent masses of money on a shiny new carrier – modified for jump jets.

I’m not sure they have another option, really, other than to wait for Lockheed to – ahem – correct its product. Hopefully, in the meantime, we can get on with reporting some other stuff. Which might be nice for a change.