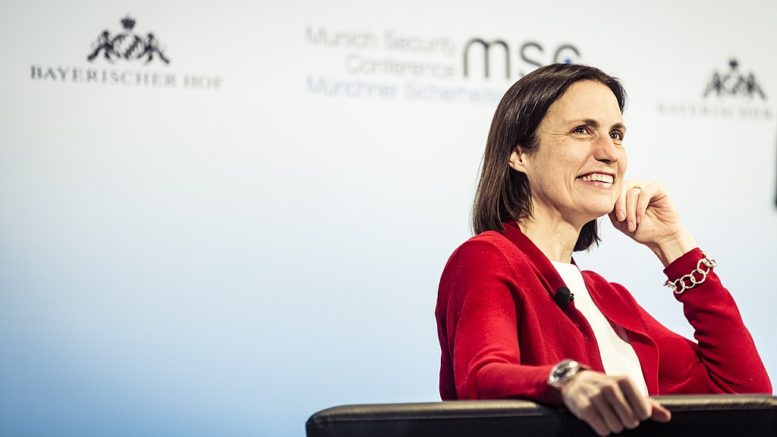 In the 1980s, Fred Coleman, Moscow correspondent for (among others) Newsweek, walked into the Soviet embassy in Washington to ask about Ambassador Dobrynin’s upcoming meeting with the new American president.  Dobrynin had already served through several Presidencies.  Dobrynin’s secretary’s reply: “The Ambassador is looking forward to working with the new president the way a kindergarten teacher looks forward to the first day of school.”

Forget the arrogance. The episode speaks to a glaring pattern in the history of US/Soviet/Russia relations — our refusal to believe, to remember, and to extrapolate lessons from our now 100-year experience with Moscow.  Virtually every incoming Administration learned to walk anew, convinced it can do better and hard-wired to seek Moscow’s acceptance and approbation. By the time reality overtook euphoria, our political revolving door had immunized us against our own experience.

It has been a bi-partisan affliction. The history begins with President Wilson’s capitulation to Russia and then the stunning naivete of Roosevelt, enamored of Stalin and determined to make himself liked. President Truman synced perfectly, confiding in his diary until, he too, was shaken: “I’m not afraid of Russia.  They’ve always been our friends, and I don’t see why they shouldn’t always be…so let’s just get along.”  More currently it includes President Bush’s rapture after looking into Putin’s eyes, and President Obama’s misbegotten (and misspelt) “reset” policy.  Now we see the present Administration’s fulsome adulation of the Kremlin.

Our Russia experts are hardly immune.  Stanford University’s Michael McFaul, architect of the “reset” and then our Ambassador to Russia, had concluded in 2003 that by the end of the 1990s Russia had disappeared as a threat to the U.S.  Another Russia expert, Condoleezza Rice, considered Putin’s position on tax reform as the foremost indicator of whether he would be a person “we could deal with.”  Years later, even after his invasion of Georgia, she doubted that he would invade another sovereign country. Both experts have since reversed, but only after the damage was done.

Fiona Hill is today’s example. The resume of the former NSC Russia expert is impressive: “I have served our country under three presidents: in my most recent capacity under President Trump, as well as in my former position of National Intelligence Officer for Russia and Eurasia under Presidents George W. Bush and Barack Obama. In that role, I was the Intelligence Community’s senior expert on Russia and the former Soviet republics, including Ukraine.” And her testimony during the impeachment hearings was promptly hailed by many, characterized variously as “fiery,” “stark,” “blunt” and “compelling,” and as  “extraordinary” and “devastating.”

But until recently, Hill has not been clear-eyed about Putin.  She testified that she joined the Trump Administration because “I—and they [her NSC] superiors—thought I could help them with President Trump’s stated goal of improving relations with Russia….”  She repeated the pattern, failing to understand that it is Russia, not the U.S., that should be the supplicant.

Hill’s 2004 New York Times Op-ed, “Stop Blaming Putin and Start Helping Him,”  illustrates how long and costly is the learning curve before reality is realized.  Soon sixteen years ago, Putin invited Hill and a select group of other Western analysts and journalists to his residence to discuss the insurgency in Chechnya in the wake of the Belsan school attack.  It was a classic example of Russia seeking to manipulate Western opinion-makers into molding Western policy geared toward helping the Russia Federation remain intact.  Putin could not tolerate the independence of Chechnya, or of any of the other two dozen nations conquered by Moscow a century or more earlier and now subsumed in a faux “Federation.” The FSB had conducted a false flag operation in the 1999 Moscow apartment bombings (and more) that brought Putin to power– classic maskirovka and agitatsia used to whip up public hysteria against Chechnya.  Yet Hill evidently refused to believe that Putin could bomb his own citizens.  Hill did not allow for that precedent and carried Putin’s message that he had managed to prevent a general “anti-Chechen and anti-Muslim backlash,” stressing “the international dimensions” of the Belsan attack and identifying instead purportedly outside “Islamist terrorist groups.”  She was also unaware or did not believe that it was precisely the Kremlin that birthed Islamic terrorism in the 1970s and 1980s as “Arab Nationalism,” turning it against the West.

By feigning common cause with the West in a struggle against now outside “Islamist terrorist groups,” Putin sought to camouflage domestic anti-Russian opposition. (He pushed the “common cause” again after 9/11 and the Boston Marathon bombing, with uncommon alacrity calling the White House to express uncommon angst.) Hill endorsed the pitch, urging Western leaders to “reassure Mr. Putin that they do not expect Chechen independence to be on the table. And they should underscore that nobody is pushing him to negotiate,” the very opposite of today’s Western pressure against an embattled Ukraine.

Finally, Hill urged that “we should offer to share intelligence with the Russians.”  This had long been Putin’s obsession, an entry point to eviscerate our intelligence and national security structure, eclipsing any Trojan Horse or cyber-attack.  We had obliged him on the latter with our mindless adoption of Kaspersky anti-virus software for our government computers, only belatedly now banned.  Our marriage with Russia on “cybersecurity” reportedly is now moving apace.

No suggestion is here implied that in her 2004 Op-ed Hill wittingly breathed life into Putin’s hologram.  The very absence of awareness–or belief or both–is rather the point. For a person who, according to a colleague,  “doesn’t want to be duped by the Russians,” she was.  And that was already seven years after the Alexander Dugin’s Foundation of Geopolitics, Russia’s blueprint to subvert Europe and upend America, the stunning success of which has led to Hill’s testimony and the impeachment of the U.S. President.

Years later, in her co-authored book, Mr. Putin, Hill wrote of “his inability to understand the mindset of Americans and Europeans and their political dynamics.”  Putin, however, has managed rather well. Though periodically warning of Putin’s perfidy, in her very first chapter Hill repeated his false narrative about Crimea, without challenge or contradiction. She did not mention the overwhelming evidence of Putin’s role in the Moscow bombings, certainly a window into Putin’s mind.  She was silent about Putin’s grisly Polonium 210 assassination of Alexander Litvinenko in 2006 — nuclear warfare in downtown London. The victim had gone public about Putin having bombed his own citizenry. Hill also did not address Russia’s fingerprints in the Boston Marathon bombing. (Amy Knight’s recent Putin’s Killers buttresses my conclusion, soon three years ago, of Russian complicity in that bombing.)

And if “Hill is a hawk who wants to build up the alliance with Ukraine as a restraint on Russia” then this also is a recent awakening.  After her book, Hill argued in a Washington Post Op-ed against providing defensive aid to Ukraine on grounds that it would provoke Russia.  No one questioned the bizarre corollary: if having more defensive weapons is more dangerous, then having fewer defensive weapons is less dangerous, therefore being defenseless is the acme of security.  But she had already been proven wrong, the Clinton Administration having stripped Ukraine of its nuclear arsenal, the third-largest in the world, and transferred to Russia, of all places.  Later, with the avid participation of then Senator Obama, we also helped destroy Ukraine’s conventional weaponry.

The problem, then, is manifestly deeper than Putin “does not understand us.”  He demonstrably does, yet we are convinced that he does not, and continue to refuse to believe the unbelievable, both about him and the legacy he deifies.  But it’s worse. We do not understand ourselves, or even realize the need to do so.

In 1973, the House Committee on Internal Security heard testimony from Soviet dissident Avraham Shifrin, asking “on what grounds were you arrested? Were you arrested merely for interrogation or were you charged with some specific grounds?” Mr. Shifrin replied: “Excuse me, please, but I came from another star. The Soviet Union is like another planet and that is why you cannot understand me.”

Our experience with “another star” was never sufficiently painful to brand itself into our national memory or political institutions.  With experience being pivotal to policy formulation, through the generations we instead have ignored, denied, dismissed and lampooned the warnings of those nations that historically have had that experience. Books, degrees and other seeming credentials are illusory surrogates. We consequently are not equipped, whether psychologically or viscerally, to deal with Russia’s marauding and reality reversal, swept in by a fog of mendacity, deceit, and duplicity. The late Robert Conquest dubbed it “mind slaughter.”

We are thus unable–unwilling–to counter in any meaningful manner Putin’s predation and are in a free fall into a strategic Black Hole. The result is the growing wreckage of American global security, and of political stability and social cohesion at home. It’s a remarkable achievement for Russia, a country held together with duct tape. With the foundations of our Republic now being measured on the Richter scale of impeachment, will we finally wake from the self-induced torpor that has prevented us from believing the unbelievable?

Ronald Reagan was the new President who Dobrynin was preparing to meet, having served continuously through the Presidencies of Kennedy, Johnson, Nixon, Ford and Carter. President Reagan’s very apostasy proved the pattern long exploited by Moscow. As head of the Screen Actors’ Guild, his personal experience with Moscow made him a believer and informed his Presidency. Consequently, President Reagan and his wholesale recasting of America’s strategy toward the USSR were so grossly misjudged by the Kremlin.

Our only realistic choice is to reprise that strategy, having as its goal precisely the opposite of Putin’s psy-ops in Hill’s 2004 NY Times Op-ed — stressing and weakening the Russian Federation internally.  Ignore his phantasmagoria in the Op-ed and Turn Putin Inward.  But for that to happen we first must believe that Putin’s vivisection of America’s brain, the rewiring of our synapses, is the RSVP that our refusal to believe has invited.  Otherwise, the trajectory is grim.

Victor Rud
In addition to Defence Report, Victor Rud’s commentary on US/Russia/Ukraine affairs has been carried by, among others, Forbes, the Atlantic Council, Foreign Policy Association, Centre for Global Studies, and the Kyiv Post. He has been practicing international law for 35 years, and among other matters served as special counsel to a member of the US delegation to the Helsinki Accords Review Process. He was the Past Chairman of the Ukrainian American Bar Association and now Chair of its Committee on Foreign Affairs. Mr. Rud is also the Senior Advisor to Open Court, an NGO in Ukraine, and a graduate of Harvard College and Duke University School of Law.