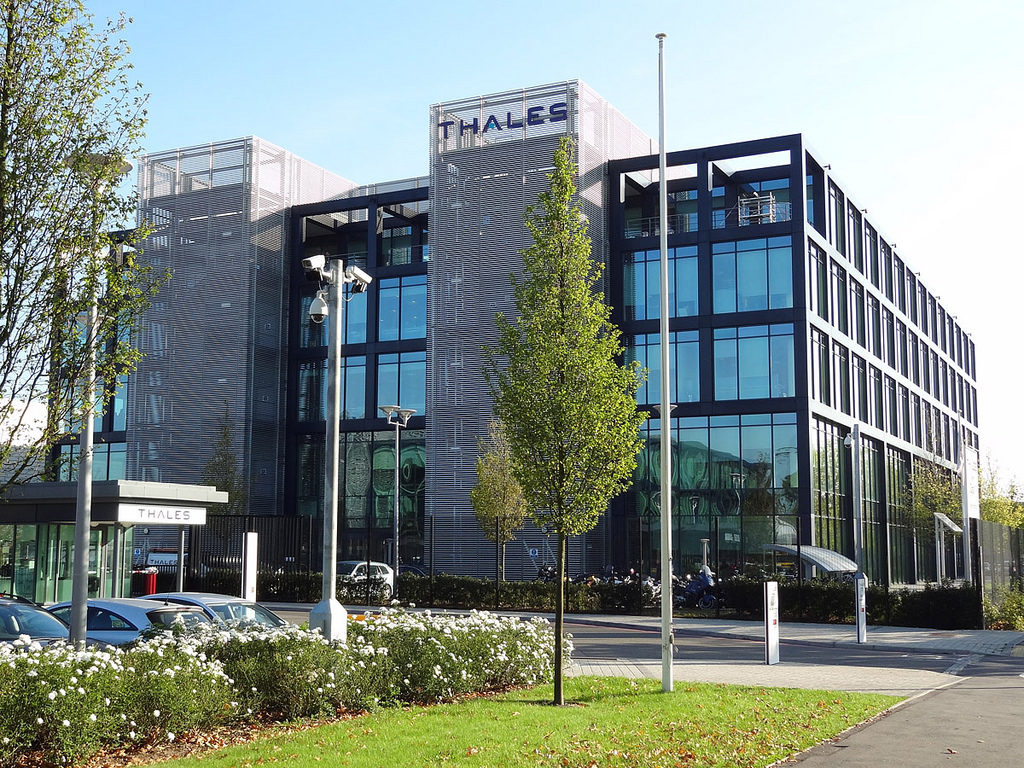 Union leaders have revealed that negotiations with French defence giant Thales Group are breaking down in the wake of widespread labour reforms put in place by Thales chief Luc Vigneron, who has been marked for dismissal by the French MoD.

French media reported that Thales’ two largest shareholders – Dassault Aviation and the French MoD – asked Vigneron to step down at the end of FY 2014. It is a move that union leaders say was the direct result of changes in management put in place by Vigneron. Luc Vigneron (right) beat declining European defence industry trends by turning organisational reforms into profits
As the head of CFDT representation at Thales, Gladieu told DefenceReport that France’s major unions have all been carrying out talks with not one, but several government ministries.

“Negotiations with the unions have gone on at several different levels. Some of the talks we’re involved are still on-going whilst others have come to a complete stop,” Gladieu told DefenceReport.

That large-scale labour reorganisation, Gladieu says, is just one of several moves made by CEO and Chairman Luc Vigneron as part of his “Plan Probasis” – an aggressive austerity programme aimed at producing some EUR 1.3 billion (GBP 1.1 billion) in savings when completed in 2014. That target date, ironically, is set to coincide with Vigneron’s forced departure, which has yet to be officially announced by President Francois Hollande’s government.

Vigneron’s goal of delivering “performance” efficiencies at Thales Group drove France’s labour organisations within the engineering firm to join ranks and send an open letter of complaint to Thales management in September 2012.

In that open letter, published on the CFDT website, the group of unions direct their protest towards the chairman: “By confusing and merging departments and services, you act as a firefighter who is also an arsonist. This, for us unions, is seen as a real provocation, a casus belli.” The reforms, they said, were not aimed at reinforcing the firm’s structural integrity, but rather were intended only to “satisfy the gluttony of your shareholders” and conjure “short term financial results.”

And yet, experts say the financial prognosis of Vigneron’s shock treatment at Thales is largely positive and point to Standard & Poor’s revision of Thales Group’s outlook on 23 November from “stable” to “positive” as hard proof of that.

In their report, Standard & Poor’s analysts explained that “the financial risk profile of Thales SA will likely improve, on the back of solid free cash flow generation and moderate dividend distributions.”

The analysts also pointed out that “in its Defence and Security division, which represents about 56 percent of group sales, Thales is exposed to the risk of slowing defence budgets in the UK and France, which is somewhat offset, in our view, by the group’s diverse defence activity programmes.”

Thales Group, under the direction of Luc Vigneron since May 2009, has, in fact, undergone a steady if modest boom in its market performance.

Vigneron referred to the gain as “a robust performance in an uncertain economic climate” and has raised the goal posts to EUR 20 billion (GBP 16 billion) in revenue by 2020, an increase of EUR 7 billion (GBP 5.7 billion) over the next eight years. These markers, backed by his corporate reorganisation strategy, are all part of his Probasis Plan.

But labour leaders point to 2009 as the point in time at which the working situation at Thales began to decline for many employees. As further evidence of the communication breakdown between management and labour, union representatives have even turned their backs on “pre-negotiation” meetings set up by Thales.

MoD and Dassault vie for the boardroom

French media have reported that major shareholders Dassault Aviation, who owns 26 percent of Thales Group, and the French MoD, who owns 27 percent, are quiet but active intermediaries in the dispute.

Successive reports revealed by Latribune.fr and Les Echos also add that both major shareholders are looking to have Vigneron’s successor in place before the CEO reaches the end of his term in 2014.

According to the two Paris newspapers, several names have been put forward in the search but little common ground has been found between Dassault and the MoD as both are searching for a chairman they can influence – and even control.

Didier Gladieu told DefenceReport that the unions would stand against the shareholders in favour of an internal candidate over a political appointee or a corporate figurehead. Someone promoted from inside, he said, “would be more able to understand the management and the consensus that prevailed before the arrival of Mr Vigneron.”

The labour leader conceded that the growing rift in Thales’ ranks has been damaging for business. The current crisis management is “something that is very alien to Thales Group and we need to find an urgent solution in order for employees, clients, etc. to regain trust in the group.”

In an interview with Les Echos in October 2012, Luc Vigneron responded to growing labour concerns by saying he was “very satisfied by Thales Group’s financial recovery. The rest is only ‘rumours.’”