Operation Enduring Freedom: Lessons of Joint Warfare and Implications for the Future 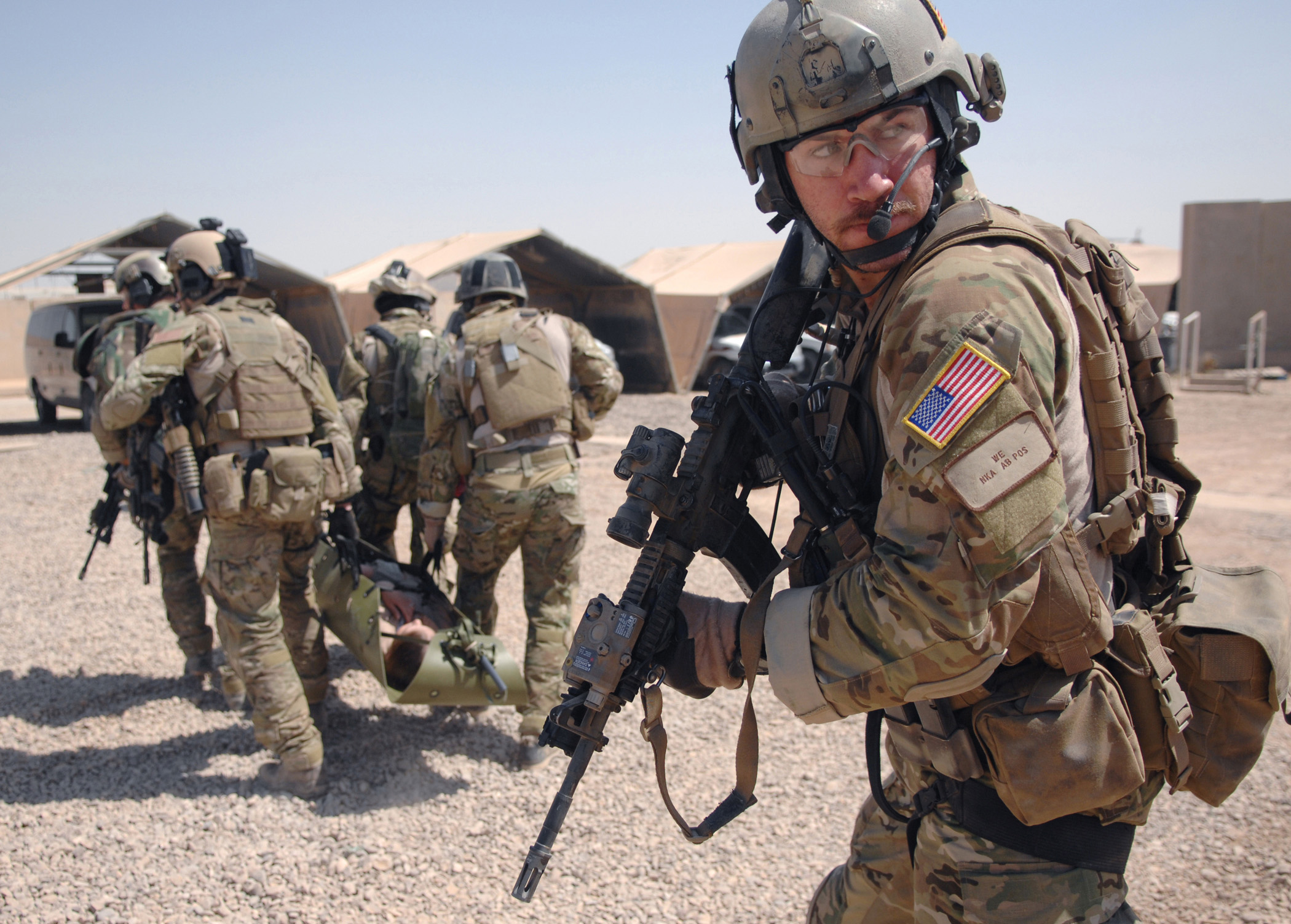 Many military operations and campaigns throughout US history provide a constructive backdrop for understanding the needs and changes that may come about in future wars. Operation Enduring Freedom (OEF), the name given by President George W. Bush to the mission that sought to drive out the Taliban in Afghanistan is one of the most recent. Operations like OEF epitomize the distinctiveness of joint warfare but it also points to a myriad of changes that have taken place in the contemporary security environment while simultaneously raising awareness about a number of implications for the future of joint military, peacebuilding, peacekeeping, and peacemaking operations. It has been well over a year since President Barack Obama and Defense Secretary Chuck Hagel delivered statements that signalled the end of the coalition operation in Afghanistan.[1] However, we should not forget that OEF marked a significant point in history, providing learning opportunities for the importance of joint warfare, joint doctrine, and joint warfighting in the immediate and long-term futures.

OEF took place in the context of the 9/11 attacks against the US. OEF retained its own strategic, operational, and tactical objectives, but was dislocated from the much larger strategic objectives of the “War on Terror” (WoT) in which it was situated. Within the framework of OEF, however, the US operated under UN authorization, and led a large coalition of state militaries, and public and private agencies, all of which understood the daunting state-building task something more than a mere military campaign. OEF, in this regard, points to the need to look to the future of military engagements as efforts of humanitarian assistance given the civilian elements that will always be present, the necessity of peacebuilding, peacekeeping, and peace enforcements, as a result of the inter-ethnic relations inherent in battles, conflicts, and war. One of the larger prices paid for a lesson learned was peace does not emerge out of nowhere when conflict comes to and end.

Peace through development must resonate in the minds of military planners, and military doctrine of all states, including Afghanistan. A contentious point that emerged from the long-standing mission in Afghanistan was the number of casualties sustained as a result of Afghanistan security forces’ actions. Dorian de Wind, a retired US Air Force officer, described the situation as an “infuriating trend” by those “who we are helping, training, and fighting alongside, supposedly against a common enemy.” But it is difficult to ensure development when a major developmental component is missing. Thus, OEF reflects much of same circumstances observed during US and partner peacebuilding operations in Kosovo more than a decade ago. OEF and the Kosovo mission – Operation Allied Force – demonstrated that who we perceive as our allies are sometimes fighting on both sides.

We could not have concretized our understanding of the criticality of the air component for any military and development mission more than through the experiences that comprise OEF. Without a strong, reliable, and well-managed and coordinated air element, the concept of joint warfare becomes fragmented. We learned much of the same during Operation Allied Force, the First Gulf War, and failures engrained within OEF such as Operation Anaconda during March 2002, when the US and its partners attempted to destroy a significant portion of al-Qaeda and Taliban forces.[2] Central Command Air Forces (CENTAF) – embedded within US Central Command (CENTCOM) – was located in Saudi Arabia, and due to its location, permission was required from the government. Its position was partly political, building trust and unity among vital partners in the WoT. Combined Force Air Component Commander (CFACC) General Wald saw precision-guided munitions as a key factor in the reduction of casualties during joint warfare campaigns. Such reductions will became even more important in future wars due to the growing intolerance of human loss, particularly civilians, and the need to build trust and support among populations for forces to enter into conflict zones with the aim of achieving peace and stability.

OEF demonstrates the ability to augment force strength and therefore force effectiveness through partnerships and coalition efforts. Combined efforts allowed states to apply greater firepower through increased numbers operating in coordinated fashion. They also enabled states to share technologies and sophisticated weaponry. No single actor is stronger alone. Support needs cannot always be anticipated and having a well-organized and motivated network or coalition can mean the difference between success and failure on the battlefield During OEF, the US also relied on coordinated attacks against Taliban positions and those of al-Qaeda. Beyond the US, regional actors and the Northern Alliance enjoyed immense assistance by Joint Terminal Attack Controllers (JTACs) in the face of terrorist and insurgent activity within and across Afghanistan. Beyond Afghanistan, the same support can be offered to actors on the ground in remote locations.

Air power was combined with coalition intelligence and information sharing – another major factor of joint warfare as we see it now and will see unfold in the coming years and decades. The world is comprised of a network of states and actors, each of which are able to offer unique and vital pieces of information to one another to ensure strategic, operational, and tactical success during the course of both short and long campaigns. As Captain Gregory Ball explains, “[i]n an effort to wipe out the remnants of the Taliban and al-Qaeda, coalition forces attacked the Tora Bora region in Eastern Afghanistan, where coalition intelligence believed Taliban and al-Qaeda leadership, including Osama Bin Laden, had sought refuge.”[3] Benjamin S. Lambeth refers to the use of Special Operations Forces (SOF) in combination with air power:

The successful insertion of a small number of US SOF teams into Afghanistan after 11 days of bombing signalled the onset of a new use of air power in joint warfare, in which Air Force terminal attack controllers working with SOF spotters positioned forward within line of sight of enemy force concentrations directed precision air attacks against enemy ground troops who were not in direct contact with friendly forces.[4]

When considering the effectiveness of intelligence and air power during OEF, one should expect OEF to serve as a template for future joint warfare success for decades to come. Inter-service operability was a resounding success during OEF and understanding each services roles and responsibilities helped to ensure that success. The combined efforts in air operations were part-and-parcel to securing the necessary supplies, field, equipment, and men and women critical for bringing about a military achievement. “Units from different services with little or no prior joint warfighting experience,” writes Benjamin S. Lambeth performed under fire as though they had trained and operated together for years. In the aggregate, Enduring Freedom was uniquely emblematic of the quality and resourcefulness of today’s American military personnel.”[5]

The new security environment presents the US and its allies with many emerging and dangerous threats. They require multilateral action, networking, and the integration of services within and across states in order to project optimal power toward the enemy and toward achieving objectives. The future of joint warfare, as depicted by OEF, but not OEF alone, is more than defeating an enemy in a particularly position. Understanding how to work together, what to expect of one another, and where each other’s strengths and weaknesses lie is vital and will continue to be so. Adherence to the principles of war and joint doctrine is equally essential for avoiding the costly (in human and material terms) mistakes as experienced during Operation Anaconda.[6] Robert S. Tripp, Kristin F. Lynch, John G. Drew, and Edward W. Chan argued the importance of recognizing the need to adhere to doctrine:

The organizational command structure of OEF combat support differed from the structure delineated in doctrine. As roles and responsibilities developed on an ad hoc basis, this difference led to several difficulties, and some organizations were not prepared for the evolving responsibilities. The global nature of OEF and other ongoing operations further complicated the command structure.[7]

The blunders of the early days of the campaign proved that neglect of doctrine and ignorance of lessons learned and rules put in place can have significantly negative effects to a mission and its personnel.

Given the breadth of the global security environment, the future of joint warfare as informed by OEF will require a calculus that affords special attention to the concept and malpractice of strategic overstretch. The multilateral aspect of the warfighting experience demonstrates that overstretch can be avoided if partners work together and synchronize their aims and methods. Military doctrines need to be compatible so that military services across states are speaking the same language of doctrine. This ultimately translates into a more agile and capable force, combined with technological innovation capable of extending further into insecure zones where the threats of the 21st century may be found

Feature Photo: US pararescueman from the 64th Expeditionary Rescue Squadron, provides rear security during training – US Department of Defence, 2016