Recap: An examination of “The World Order – Putin’s Way” 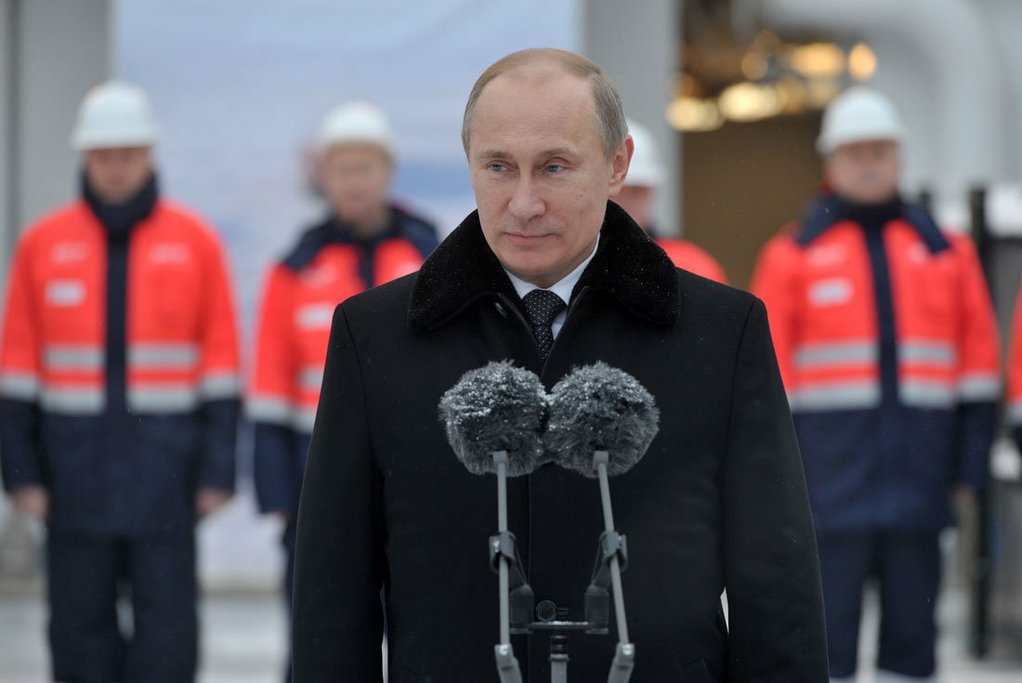 Putin acknowledged that he controlled Yanukovych, expressed his readiness to destroy the world in a nuclear war and was disappointed by the American system.

Last week, Russian propaganda “delighted” TV viewers with yet another film dedicated to Vladimir Putin, entitled “The World Order-2018“. Unfortunately, this film is only available in Russian. This film is a reflection of the Russian leader’s vision of international relations and Russia’s place in them, which he also expressed in many other public appearances and films.  Let’s review some of the movie’s most interesting and revealing aspects.

Of course, in such a film this topic couldn’t be avoided.  In the very first shots of the “World Order”, Syrian President Bashar al-Assad appears, thanking Putin for sending troops to his country. It is significant that in justifying this invasion, Putin admits that at least 2.5 thousand Russian citizens are fighting for ISIS. It’s interesting that such a large number of militants from Russia among terrorists is not disputed by other experts, who, however, note that Moscow intentionally forces them out into Syria and for the sake of this even contributes to their radicalization.

At the same time, the threat of terrorism remains an excellent tool with which Kremlin can blackmail the West: both with new attacks and with an immigration crisis.  Film “The World Order” of course took notice of the flows of Libyan refugees heading to Europe (but without mentioning that Russia is making efforts to further destabilize Libya). Interestingly, Putin pinpointed “injustice in international relations” as “one of the causes of terrorism” and, referring to his “international partners,” unequivocally stated: “They need to develop good relations with Russia, and then everything will be fine.”

Putin’s attitude toward Ukraine, as demonstrated in the film, is a direct continuation of his earlier statements, the context of which must be taken into account when analyzing the “World Order”. For example, in his traditional message to the Federal Assembly on March 1, Putin openly called all the post-Soviet republics a part of Russia.

By the way, Putin had made similar statements three years ago, when in the film “The President” he noted that “in 1991, Russia voluntarily abandoned part of its territories,” and the West did not appreciate her generous gesture. In fact, the current Russian Federation is within the same boundaries as the RSFSR, that is, there have not been any territorial changes with the breakup of the USSR in Russia proper, which means that Putin was talking about other states.

The “World Order” added new details to our understanding of how Putin sees the world.  In particular, Putin did, in fact, concede that Yanukovich was under Moscow’s control.

“The Americans asked Yanukovych not to use the army against the people, and we agreed,” he said, admitting that he had actually made decisions instead of the Ukrainian president.

Of course, there is no mention of the will of the Ukrainian people in Putin’s speeches, and the Russian president, as always, is absolutely sure that everything that happened in Kiev was instigated by Europe and the United States. In the film, Putin makes an important revelation: his actions against Ukraine were provoked by the fact that Washington, contrary to the agreements, “supported the coup” without informing Putin about it in advance. Thus, Putin actually admitted that he launched a war against another sovereign country because he was personally insulted by the behavior of the United States! However, at the same time, Putin once again repeated that “there are no Russian troops in the Donbas.”

For example, an ex-writer and now one of the “field commanders” of the illegal armed formations in the Donbass Zakhar Prilepin bluntly stated that the Ukrainians’ choice is “an insult to us,” and added that he and his fellow militants constantly feel that, by fighting in the Donbass, they defend “Putin’s line” and “Russian borders.” Perhaps, never before, were Putin and his associates so frank about the reasons for unleashing a war against Ukraine.

At the same time, the film’s host, Vladimir Soloviev, openly called on Putin to intervene in the affairs of other sovereign states, expressing outrage that “Russian allies are being torn from her“.  Among the latter he named Belarus, Kazakhstan and Armenia, and called on Putin “to somehow resist this“, and to repel those who “drip poison” on Russia’s positive image.  Here is Putin’s response verbatim:

“Those who drip the poison will themselves swallow it and get poisoned.” Such sentiments involuntarily lead to thoughts of the recent attempt to poison a former Russian spy Sergei Skripal with a rare toxin in Britain.

It’s interesting that Putin did not comment on the question of Russia’s interference in the US elections, although Vladimir Soloviev himself brought up this topic. The Russian president said only that he “does everything in the interests of Russia“, which can be considered an indirect admission of the interference. It is rather revealing that Putin praised Trump again, saying that he did not become disillusioned with him, and that the American president “made a good impression on the human level”.

“My disappointment is not in the partner, but in the [American] system, because it demonstrates its inefficiency and is cannibalizing itself” he said. This statement also fully fits into the mainstream of Russian politics. Last summer I noted:

“Putin seems to go out of his way to make clear that he has no quarrel with Trump, but with the American system, which is like some sort of “collective consciousness,” not propagated by propaganda, but by a powerfully effective mechanism of checks, balances, values, institutions, and most importantly, the the rule of law. The problem, however, is that Trump himself, from his first days in office, has been battling the same thing as Putin, only he calls it by another term – the “Deep State.” In fact, what the pro-Trump propagandists designate under the term “Deep State” is essentially the American system of institutions and norms.”

Last month, Russian military analysts confirmed this by praising Trump for his successful fight against American institutions, the press and “special services.” Putin in the “World Order” prefers to act in the same vein, contrasting Trump with the American system.

In response to the direct question from Solovyov on the possibility of using nuclear weapons, Putin replied that he was ready to inflict only a “counter-strike”. At the same time, he admitted:

“Yes, for the world it will be a global catastrophe, but why would we need a world without Russia?”  declaring with this statement that he is ready to destroy the planet in a nuclear war if he feels that his country is threatened.  And as an afterword, the film included a scandalous excerpt from Putin’s message to the Federal Assembly in which he demonstrates new types of weapons as a “response to the United States’ withdrawal from the ABM Treaty.”

In addition to those listed, the film includes a few more, to put it mildly, strange moments. For example, in Putin’s bizarre version of reality, it turns out that the US was against the reunification of Germany, and Russia, on the contrary, contributed to it in every way possible. No less interesting is Putin’s view of the problem of the Crimean Tatars, “overwhelming majority” of whom, he claims, “voted for Russia – by the same margin as the rest of the peninsula’s population.”  At the same time, the Crimean Tatar leaders themselves assert that no more than 1% of their people supported annexation, and instead of the “vast plans for the revival of the Crimean Tatar people and national language” promised by Putin, Crimean Tatars are facing the ever-increasing repressions.

A Russian version of this article is also available on SlavicSac.

DefenceReport’s weekly recap is a multi-format blog that features opinions and insights from DefRep editorial staff and writers. The opinions expressed here are the author’s own and are separate from DefRep reports and analysis, which are based on independent and objective reporting.