Russian Policy Forum in the US: Keeping Criticism Away 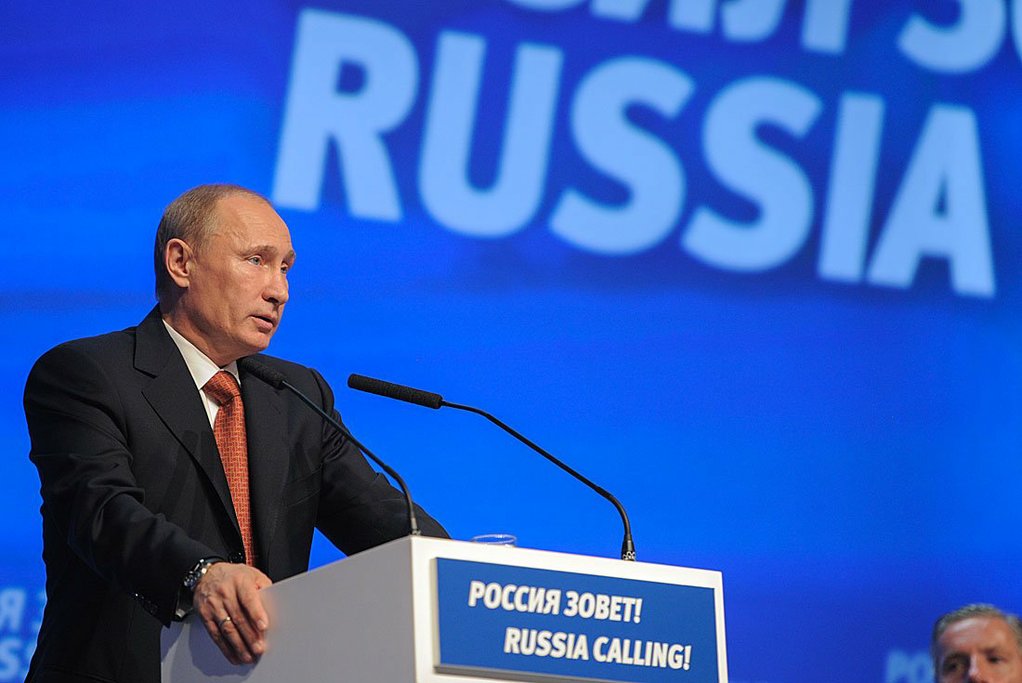 Recently, the largest American newspaper Newsweek has published an article devoted to the former Soviet dissident, and now the head of the non-profit organization Russia House and the director of the American University in Moscow, Eduard Lozansky.

Eduard Lozansky is a former Soviet physicist and dissident, who immigrated to the United States in 1976. Today, he has American citizenship, lives in Washington and every year organizes the World Russian Forum, which is what attracted American attention. The World Russian Forum’s mission statement, according to its website, is to “promote U.S. – Russia business, science, educational, and cultural cooperation by organizing conferences and networking seminars, identifying reliable partners on both sides, bringing decision makers together, facilitating negotiations and assisting in the establishment of mutually beneficial business ventures.” And until recently, it has been attended by many US Congressmen. Moreover, Russia House and its main project American University in Moscow (AUM), according to the organizers, was founded in 1990 and received endorsements from then Presidents George H. Bush and Mikhail Gorbachev. ” According to experts from Newsweek, Russia House’s activities are more and more reminiscent of a reflection of Russian propaganda and Vladimir Putin’s foreign policy than a platform for dialogue. That was noticed both by former participants of the World Russian Forum, and by outside observers.”

Commenting on Russia House and the World Russian Forum, Alina Polyakova of the Brookings Institute stated that “It looks very much like one of these influence operations. Polyakova added, “What these types of organizations seek to do is counter what I would say is the actual Russia narrative.”

The former FBI double agent, Naveed Jamali, explicitly called such activity “to some degree are arms of the Russian intelligence apparatus,” adding that “Russia is active in many different ways in the United States.” Also, according to Jamali, it is “unlikely” that Lozansky has not yet caught the eye of Russian intelligence, given his frequent visits to Moscow.

In fact, Lozansky’s statements, voiced on the main Russian TV channels and websites, are completely in tune with the Kremlin’s foreign policy and propaganda, repeating word-for-word all of its most common clichés. In particular, the founder of Russia House, like Putin himself, declares that it was the West that “turned away from Russia” and did not live up to its hopes. Lozansky also does not hide the fact that he supports Donald Trump primarily because it is beneficial to Russia.  In his articles in a major Russian newspaper Izvestia, he repeats Russian propaganda statements that the “Deep State” has organized a conspiracy to overthrow Trump, and asserts that Moscow did not participate in the poisoning of  the  former GRU Colonel Sergei Skripal.

In an interview with the radical propaganda site “Pravda.ru” (where, incidentally, Lozansky writes his own column), the former dissident advises Trump on how to justify his meetings with Putin in the eyes of the American people, bypassing the Congress. By the way, Edward Lozansky is not the only person with such views. After the “Nunes’ memorandum”, Russian military analysts could not restrain their joy while recognizing that Trump acts in their interests.

“The publication of Devin Nunes’ report and the investigation of the materials presented in it portend a large-scale purge of the FBI, other US special services and the DOJ, and a political earthquake in the Congress. The intelligence services are the main institutions of American democracy, and if Trump co-opted them, then the days of the fake globalist press and the Congress that has fallen into imbecility are numbered,” the authors of the Military Review predicted, rejoicing that Trump “went on the offensive,” wasn’t afraid to communicate openly with the Russian intelligence and will soon completely achieve the destruction of the mechanism of separation of powers, and the destruction of the free press and an independent judiciary.  Pro-Trump passages written by Lozansky are essentially no different from this “Military Review” article.

Appearing on the main Russian propaganda mouthpiece, the Vesti.Ru channel, the founder of the American University said that Skripal had allegedly cooperated with the former British intelligence agent, Christopher Steele, and therefore it was the United States that wanted him dead. “Komsomolskaya Pravda” notes that today Lozansky is considered “almost the head Russian lobbyist in the United States.”

Why the former Soviet dissident started promoting Putin’s policies is still unknown. However, it is obvious that a person who has access to such large-scale information platforms within Russia has to have contacts with at least some members of the Kremlin regime.