North Korean progress: peace or calm before the storm? 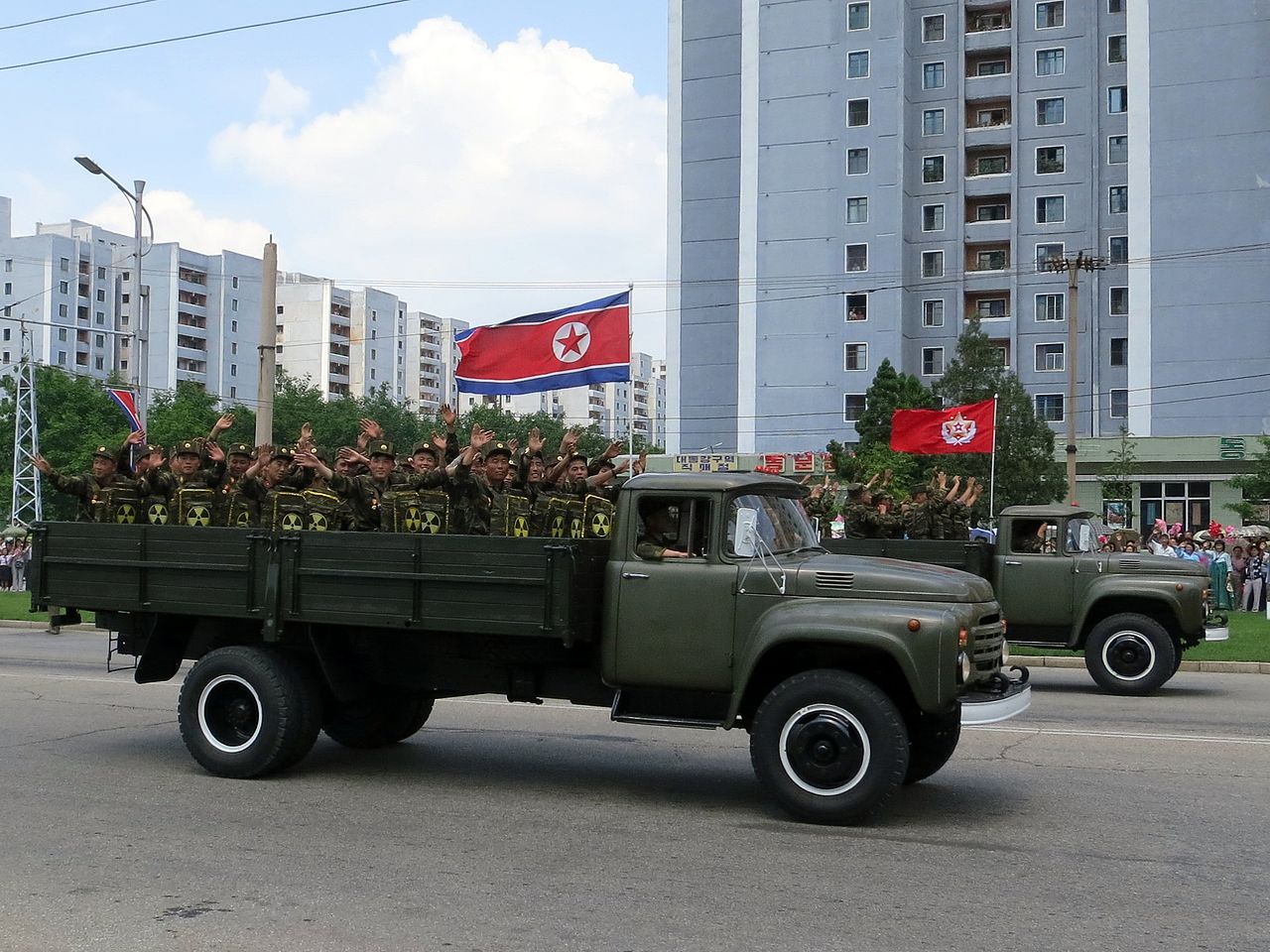 The meeting between President Moon Jae In of South Korea and North Korean dictator Kim Jong-un became one of the most covered events of the last few weeks. There are many different versions of how this meeting came about. There is the unexpectedly tough position of China, which threatens North Korea with the introduction and real implementation of severe sanctions, and the determination of the Washington military establishment, and a suitable occasion for starting a dialogue in the form of the Pyongyang 2018 Olympic Winter Games. However, such a dramatic change in the Donald Trump’s and Kim Jong-un’s rhetoric and demeanor toward each other seems illogical.  After the growing confrontation and mutual threats, both leaders suddenly began to show mutual respect and readiness for peace. However, such a sharp turn can be explained if you do not lose sight of the Russian factor.

In fact, all this time, Moscow not only did not attempt to hide its channels of influence over Kim Jong-un, but also actively tried to use them to covertly blackmail the United States. So, back in early December, during his speeches in Northern California, Russia’s ambassador to the United States, Anatoly Antonov, repeatedly said that Russia is the largest nuclear power and can help in negotiations with Pyongyang.

“Russia is a permanent member of the UN Security Council and the second largest nuclear power. We are ready to offer our assistance in the negotiations with the DPRK, as we are also concerned with the growing nuclear potential of North Korea,” assured Antonov, trying his best to convey to the audience the idea that the United States cannot do without Russia’s help if they want a” diplomatic settlement “of the North Korean crisis. By the way, publicist Andrei Piontkovsky later called this tactic “Kremlin’s nuclear offshore.”  Following Antonov, other Kremlin mouthpieces tried to convey the same idea, suggesting uncomplicated terms of the deal: cooperation with Russia in exchange for solving the problem of Pyongyang.

Of course, one can argue that the US has not fulfilled its “part” of the deal proposed by Antonov, namely, they have not stopped accusing Russia of interfering in the internal affairs of their country and have not lifted the sanctions.  On the contrary, in recent months, new sanctions have been imposed on oligarchs close to Putin, and 60 Russian diplomats have been expelled. However, in the film “The World Order”, Vladimir Putin once again clearly indicated that he separates the actions of the American establishment and personally Donald Trump.

“I’m disappointed not in the partner, but in the [American] system, because it demonstrates inefficiency and is devouring itself” he said then.

In fact, Donald Trump is doing everything possible to help his “Russian partner” even against the will of Congress and his own advisers, not to mention the American intelligence services. Since the elections, he has continued his open support, uncritical citation, defense and praise of Vladimir Putin, combined with open mockery of the conclusions of his own intelligence; he also compared our intelligence community with the Nazi Germany SS. Trump publicly and repeatedly insisted that Russia was not involved in the interference in the US elections, and he also took a number of steps to put pressure on the US law enforcement agencies in connection with the investigation of “Russiagate”.

On May 9th of last year, he fired the FBI director James Comey, having previously demanded his personal loyalty and the termination of the investigation of Michael Flynn, which Comey refused. Periodically, the president is considering the possibility of firing Special Counsel Mueller. Finally, the apex of Trump’s war with the American intelligence community was the publication of the “Nunes Memorandum,” which, according to the veterans of intelligence and counterintelligence, inflicted enormous damage on American security.

When the evidence of Russia’s interference became too obvious, and it was no longer possible to deny it, the US president began to look for other ways to help Putin. In particular, Trump, until the last moment, did not want to sign the legislation that created new Russian sanctions, calling it “anti-constitutional,” and then managed to classify a part of the “Kremlin report”, which blocked the use of the US law meant to combat money laundering of the proceeds of crime.

Trump called Putin to congratulate him on winning the election despite the recommendations from all American experts and his own advisors, and at the last moment personally ordered to postpone the imposition of new sanctions against Russia – after they were publicly announced by the US Ambassador to the UN. Also, the Kremlin media has repeatedly noted that Trump’s war against political opponents, the law enforcement system and the free press serves Moscow’s interests. Thus, it is obvious that Trump, on his part, is doing everything possible to help Putin in defiance of the American system.

The Kremlin, on the other hand, makes it clear that it sees and appreciates these attempts, and also continues to help Trump even today. This is reflected in the spreading of relevant propaganda material and conspiracy theories, in the continuing work of the trolls, in working with the Russian-speaking community, and in supporting Trump in the Russian press. I gave specific examples of this continuing influence in my detailed report on Russian interference in the US affairs. Here you can add that a number of related organizations within the United States that deal with Russia are also engaged in the same activity.

Thus, it is logical to assume that the Kremlin, which supports Trump in his political struggle within the United States, will not create for him any serious foreign policy problems. It is logical that even if Moscow does not have sufficient leverage to influence its “nuclear offshore” in order to directly dictate its behavior, it will at least not push the North Korean dictator into escalating the conflict. After all, Ambassador Antonov personally promised America such help and made it clear that he was in a position to provide it.

Putin and the analysts in his circle are openly showing their desire to keep Trump in charge of the presidency. Even before the elections, the Russian media openly threatened a nuclear war if Hillary Clinton became the US president, while Trump was always portrayed as a “peacemaker”. This image is especially useful to him now, before the midterms elections to Congress. In this case, since Trump’s behavior is far from peaceful, it seems that certain processes are happening not due to, but in spite of his behavior, that is, under the influence of something else. It is possible that, as elections are drawing closer, Trump will receive even more unexpected foreign-policy “gifts.”

Of course, considering the situation prevailing on the Korean peninsula, American analysts are right that any negotiations, even if achieved at such a price, are better than their absence and certainly better than a war. However, do not forget that the meeting of the current leaders of the two Koreas is not the first. The father of the current North Korean dictator, Kim Jong-il, met twice with the presidents of South Korea – with Kim Dae Jung in 2000 and Roh Moo-hyun in 2007. At those meetings, the topics of discussion were peace on the Korean peninsula and North Korea’s abandonment of the development of nuclear weapons and ballistic missiles.

In 1994, Kim Jong-il, in exchange for economic assistance, signed an agreement with the United States under which he was supposed to abandon the development of nuclear weapons and, consequently, agreed to the replacement of reactors at nuclear power plants. The treaty also provided for the gradual normalization of relations between the US and North Korea. It must be said that back then there was no talk of rewarding President Bill Clinton with the Nobel Peace Prize for negotiating this agreement. In the end, North Korea carried out only some provisions of the treaty and even that did not last long, until, finally, in 2003 North Korea completely abandoned the agreement and resumed in full its nuclear missile program.

Thus, it is important to understand that any agreement with a dictator is often unreliable and short-lived and can be violated at any moment.  In case the US president’s seat is in the future occupied by someone less in tune with Kremlin’s interests, it is possible that Putin will once again use his “nuclear offshore” as a lever of pressure on the US government, and the situation will again reach a dangerous escalation. It remains to be seen whether the United States is ready to risk its sovereignty by following the lead of the Kremlin blackmailers.