US just launched strikes against Syria…now what? 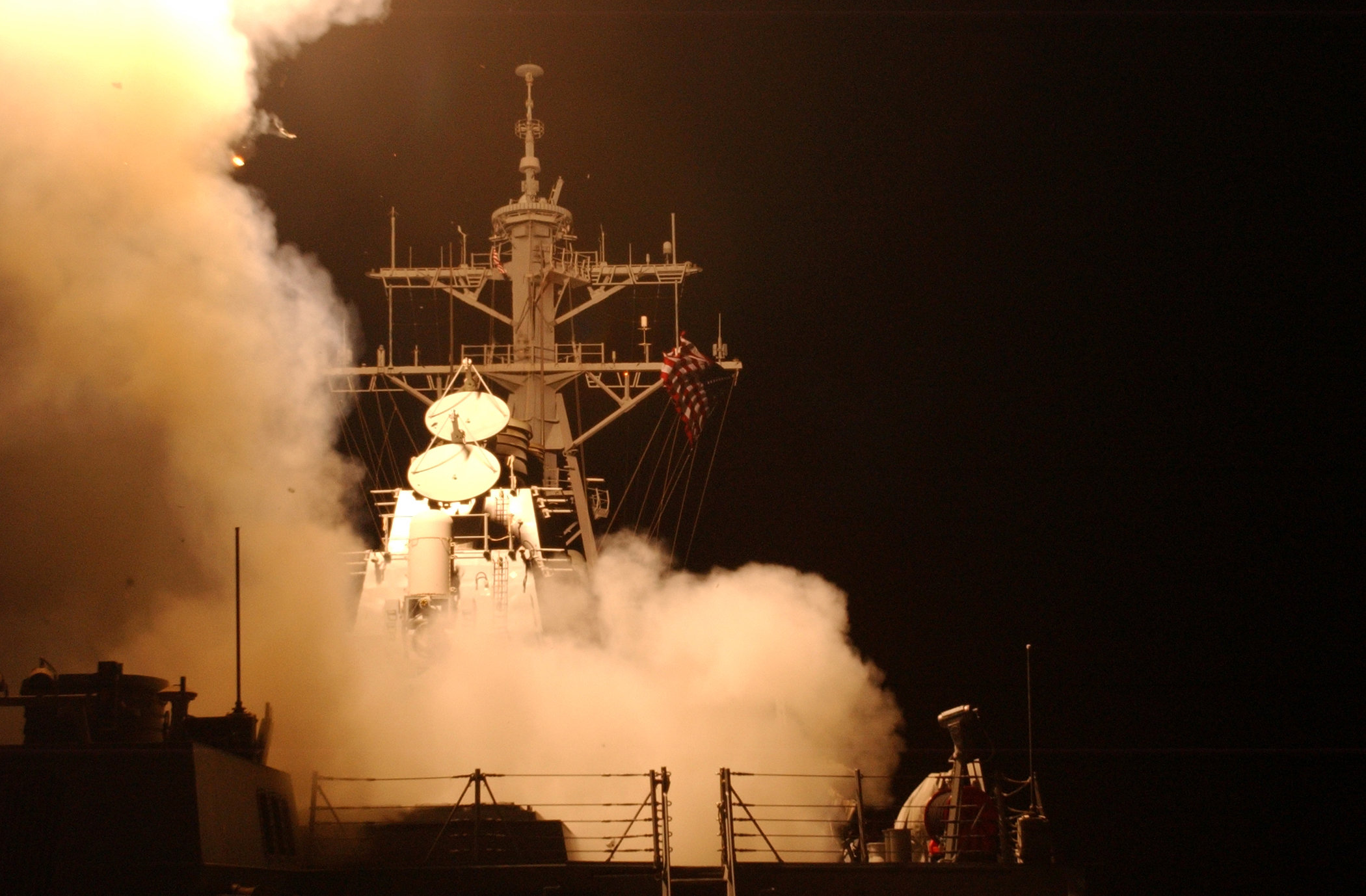 US warships, under the direction of US President Donald Trump, launched cruise missiles at Syrian air bases under the control of President Bashar al-Assad. 59 missiles were sent to a total of 50 targets at one air base. The operational impact on the Syrian Air Force is unknown, but if anything – a stark message was sent to the Syrian government over the chemical weapons attack two days earlier. These strikes may have targeted hangers or weapons caches, but the strike is more about a message than disabling the Syrian Air Force.

Russia already claimed that the chemical weapons were unleashed on the population of Idlib province because of a Syrian government strike on a rebel-held chemical weapons cache. This has been widely refuted because of the past actions of the Syrian regime and that the thermodynamics of a strike would mitigate the dispersal of a chemical agent onto the populous. Especially if one were to consider that the Syrian government would not order such a strike if the conditions of chemical agent dispersal on a civilian population were ideal.

Now a missile or two at fifty different targets will demonstrate an overarching, but limited retaliatory, strike. The missiles struck around 0345 Syrian time and how this plays out is the real question.

The Russian and Syrian governments will, of course, denounce the US airstrikes. Depending on the severity of their denouncements, this also might mean that coordination between the US/Russian/Syrian governments in the anti-ISIS campaign might cease. Moreover, US-backed rebels (Free Syrian Army or FSA) may become a more palatable target for Russian and Syrian Air Forces.Taking out one air force facility will not keep their air assets grounded for long. This also means any coordination between the US/FSA and the Russians and Syrians is now lost. Not that the Russians or Syrians respected that as the US-based rebel coalition has been targeted numerous times. But 400 US troops are embedded with those rebel elements in Syria.

Another question is Turkey. The Turkish military has suffered casualties from the Russian and Syrian Air Forces as well and under Operation Euphrates Shield. This operation ended in the end of March and fulfilled its objective of securing northern Syria from the SDF which has elements of the Kurdish militia (YPG) that has ties to the PKK, a terrorist group that has waged war on Turkey for a couple of decades. Turkey has been assisting another rebel group the Syrian Defence Force (SDF) that does have some Kurdish elements, but ones that are more favourable to Turkey.

All of the strikes came from US warships in the region and not US warplanes based at İncirlik Air Base in Turkey. Obviously, the US government did not want to alert or inform the Turkish government. These two nations have suffered an erratic relationship for several months and tensions have escalated since the failed coup attempt in July. The question is how will Turkey react? Given that Erdogan has been cozying up to Russia in recent months, it is uncertain and if the conflict widens and becomes unstable – Turkey might remove its troops from northern Syrian and thus creating a vacuum to fought over.

Iran is another player in Syria and Iran’s actions will also affect the anti-ISIS campaign and stabilization effort in Iraq. Since 2014, Iran has been backing Shia militias in Iraq and assisting their efforts through the Iranian Quds Force. They have been fighting alongside the Iraqi government and Kurdish Peshmerga forces, but the sectarian divide in Iraq is becoming wider. Iran could widen this divide to create more influence and destabilize the reconstruction and rehabilitation efforts to gain more influence in the region in order to subvert US goals.

Of course, there is the jihadists and not just ISIS, but also al-Nusra and other groups. Strikes against al-Assad bases by the United States will serve as a rallying cry on the ground in Iraq and Syria. The loose and uneasy coalition between Russia/Syria and the United States is now on very shaky ground. Moreover, it will seem that the coalition is over and that it is a more fractured war than it was before.

Yes, elements of the Obama administration called for airstrikes on al-Assad, including then Secretary of State John Kerry. But there was a reason why they decided against it, even though chemical weapons attacks were occurring. Last year alone, ISIS launched 52 chemical weapons attacks in Iraq and Syria. That number does not include the number of attacks that the Syrian government had that year. President Trump may have given Putin and al-Assad a moment to reflect on their actions, but it also has potentially destabilized efforts not just in Syria, but also Iraq. Time will tell, but it seems that Pandora’s Box just opened regionally.