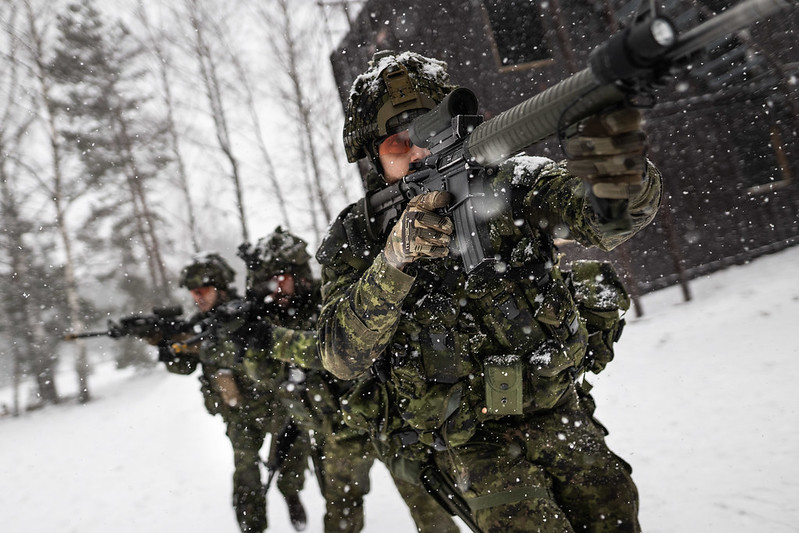 Russia’s move into Ukraine should be seen as a wider and more nefarious strategy that has been in existence for 15 years – the 2007 Bronze Soldier civil disturbance and cyber attack in Estonia and the brief 2008 Georgia War are indicators of this. This has been an evolving Russian doctrine with mixed use of cyberattacks, hybrid warfare and the support of Pro-Russian dissidents in former Soviet satellites.

Russian cyberattacks crippled the Estonian government and bank websites in April 2007. These attacks were centred around a pro-Soviet statue – the Bronze Soldier. For Russian-speaking Estonians, the statue was a symbol of victory over Nazism, but for ethnic Estonians, it was a bitter reminder of Soviet occupation. The statue was removed from Tallinn, the capital city of Estonia, and was relocated to a military cemetery outside the city. On 26 April, Tallinn experienced two days of rioting with 1,000 people detained, one dead and 156 injured.  The following day, the crippling cyber attacks hit the country. It was a stark reminder of Russian influence and a hint of what Russian destabilization tactics would evolve into. The concept of hybrid-warfare was just beginning to emerge to the West.

In 2008, Russian-Georgian War erupted. Russia supported two self-proclaimed republics of Abkhazia and South Ossetia. There were some cyber and media battles by espousing disinformation, but ultimately the Russian information war effort fell flat as it was still in its early days of tactical creation. And the Russian military effort was stalled and defeated by a smaller Georgian force, which was better equipped with (Western) UAVs for surveillance, intelligence gathering etc.

In January 2014, the Russian leaning Ukrainian President Viktor Yanukovych fled the country after popular demonstrations. February 2014 was a bold move for Putin. Russia annexed Crimea by installing a sympathetic mayor and airlifting special forces into the region immediately.  On 23 February, pro-Russian demonstrators made their protests and with Russian special forces on the ground, Crimea was annexed by Russia. Also pro-Russian, and Russian-backed, separatists were emboldened and directed to wage an insurrection that has continued until recently when Russian troops entered the Donbas region.

It was in 2014, where EOPs were defined in the 2014 Wales Summit Declaration. It was not until 2020 that Ukraine became an Enhanced Opportunities Partner (EOP). The 2014 Wales Summit was held because “Russia’s aggressive actions against Ukraine have fundamentally challenged our vision of a Europe whole, free, and at peace. Growing instability in our southern neighbourhood, from the Middle East to North Africa, as well as transnational and multi-dimensional threats, are also challenging our security. These can all have long-term consequences for peace and security in the Euro-Atlantic region and stability across the globe.” Being an EOP means that Ukraine is granted greater access to NATO’s programs, exercises, information and military integration – meaning a supply of NATO weapons that can be integrated into Ukraine being involved with NATO operations. This also means that Ukraine only had less than two years to integrate its forces from previous Soviet/Russian equipment, which does have an impact on its defence when it comes to logistical supply.

Ukraine has yet to receive a Membership Action Plan, which is a program that will equip Ukraine to prepare for possible membership. Definitely, bureaucratic red tap when it comes to membership, but as NATO moved eastward it was a policy that ensured that the Russian leadership knew that possible membership of its former satellite countries was under review.

Going Forward for the Baltics and NATO

This is the issue. We have seen Russian aggression/advancements within their old sphere of influence, such as Russian paratroopers entering Kazakhstan as peacekeepers during the recent protests in Kazakhstan. Russia announced that it recognised the separatist regions of Donetsk and Luhansk which has been collectively known as the Donbas region for almost 8 years. Moved its troops and some tanks in and now a wide-scale invasion of Ukraine has begun just a day after.

Russia has already proposed that The 2007 Bronze Soldier incident should shake NATO’s confidence right now. Pro-Russian protests have occurred in the Baltic-NATO member states. We have also seen in 2017 that a social media campaign erupted against the Canadian contingent station in Latvia 2017. It should be suspected that allegations against NATO contributing countries should increase to stoke disapproval.

NATO has been bolstering its forces in the Baltic countries and other post-Soviet countries. But the Baltics have a turmoiled history as Ukraine does seeing the Nazis or Soviets as liberators from one another. Putin is using that excuse to go into Ukraine fully now.

There is the old joke/seemingly analysis from Yes, Prime Minister about Russian use of salami tactics. What will the fate of the Baltic states be with Russian hybrid warfare and can NATO weather the possibility of an Article V with a “civilian uprising” in the Baltics?

The territorial loss of Ukraine is not the only issue at the table, but the integrity of NATO as a whole…especially after the hastened withdrawal from Afghanistan under President Biden.