More than just acquiring Crimea – sometimes it is about natural resources 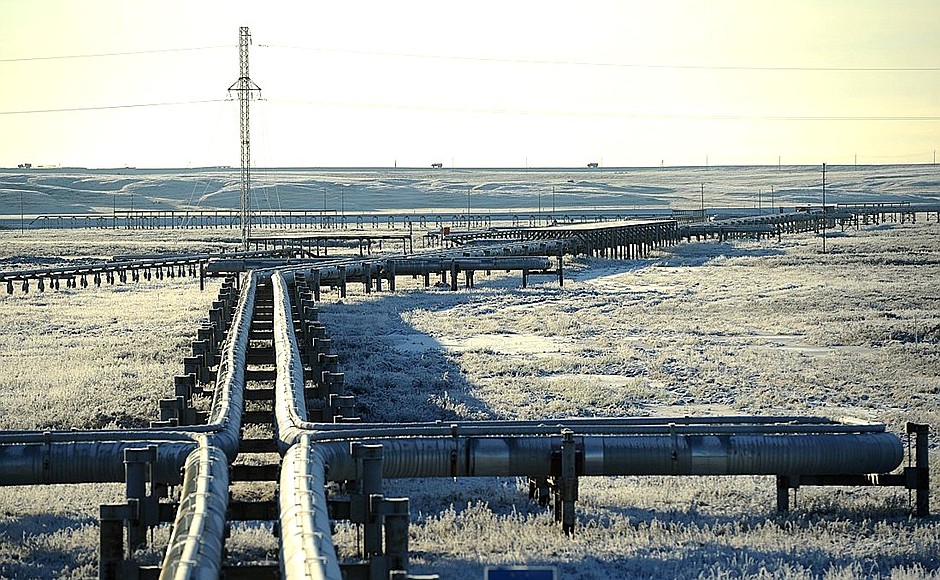 The main goal for the Russian annexation of Crimea and invasion into Donbas was an attempt to block Western energy companies from natural resources located in the Black Sea and in the area of Yuzov gas field located within the borders of Donetsk and Kharkiv Oblasts. This opinion was expressed by the U.S. Army veteran, Regional Fellow of the National Review Institute analytical center and international consultant for energy sector development, Robert Chislett, in an interview.

These regions on the south and east of Ukraine were of strategic interest to Russia for many years. This is the reason why several years ago Moscow insisted on the extension of the Black Sea Fleet’s stay in Sevastopol for another 25 years, offering the Ukrainian government a 30% discount on gas prices. ‘As a result, the contract for using the naval base was prolonged by the Yanukovich administration in 2010,’ the American expert reminds.

Robert Chislett further notes that even at that period the Ukrainian authorities intended to decrease economic dependency on Russian energy imports which were a direct channel of Moscow’s geoeconomic influence on Ukrainian internal affairs.

‘Ukraine has signed the contract to prolong the presence of Russia’s military base on its territory but at the same time has started to develop its own domestic energy resources. In 2012, the Nadra Ukraine company, in cooperation with ExxonMobil and Royal Dutch Shell consortiums as well as with Romania OMV Petrom company, have started a project to research and develop the Scythian oil and gas field located on the Black Sea shelf. During that period, the Ukrainian administration had cut imports of Russian gas from 45 billion cubic meters in 2011 to 28 billion cubic meters in 2013,’ Chislett describes.

According to the American analyst, the geopolitical strategy of Russia related to its attempts with influencing how Ukrainian and Russian companies develop across the Black Sea shelf was the main reason for the Crimea annexation.

‘The timing of the seizure of Crimea has coincided with the growing potential of exporting liquefied natural gas from the U.S. to Europe along with an opportunity for the U.S. to export technologies for hydraulic fracturing to access fossil fuel resources previously out of reach to countries with shale oil areas. This tool could have let Ukraine not only stop relying on the imports of Russian energy but also become a potential competitor to Moscow by exporting newly extracted fossil fuel from shale oil fields to European markets. It was the long-term plans of Russia to become the main energy exporter to European markets which were the real motives behind its attempts to split Ukraine,’ Robert Chislett notes.

Nevertheless, the expert believes that even today, without access to the Black Sea shelf, Ukraine continues its attempts to decrease its dependency on Russian energy. For example, in 2015, it was able to double gas imports from the EU up to 10 billion cubic meters.

At the same time, according to Chislett, President Vladimir Putin now needs to complete the construction of the Crimean power bridge, including Kerch bridge and underwater power lines through the Kerch Strait, in order to secure Russia’s regional influence.

During the war on the east of Ukraine, main power lines supplying the Crimean Peninsula were inevitably destroyed by 2015. Putin needs the power bridge as a symbol of his political victory and a way to build the confidence and loyalty of the Crimeans by providing for the peninsula an independence from Ukrainian energy reliance. Moreover, without the bridge, it is impossible to cover the growing energy demand of Crimea during high tourist seasons. This bridge also guarantees the energy security of Russia’s Black Sea Fleet naval base which further supports Russian military operations in Syria,’ he says.

According to Robert Chislett, data from January 1st, 2018, demonstrates that the Kremlin has deployed the Russian National Guard units for the defense of key areas of terrain essential for the forthcoming power bridge.

These statements of an American expert, implying that the main motive behind Putin’s initiated war was to access and control precious mineral resources, is supported by the facts. It shall be reminded that the Russian military has already seized the Crimean oil fields and drilling rigs of Chornomornaftogaz in 2014. In this same year, the Prosecutor General’s Office of Ukraine has opened a criminal case after unlawful seizure of the company’s property in the amount of 15 billion Hryvnia. In February of 2017, Primorskiy District Court of Odessa arrested the property of Russia’s nationalized Chornomornaftogaz, including four drilling rigs.

On November 30th, 2016, military prosecutors together with officers of the State Border Service of Ukraine and other law enforcement bodies left for the sea to reach Odessa’s gas fields in order to record the fact that Russia illegally operates drilling rigs belonging to Ukraine. They were intercepted by the coast guard ship — frigate Pytlivyi of the Russian Navy. Its crew has openly stated that the ship dictates the extent of navigation for other ships throughout the region. Earlier on September 7th, 2016, the Ukrainian border guards also encountered aggressive acts from these Russian naval ships.

In December of 2017, The Jamestown Foundation analytical center has published an article making it clear that the Russian Kerch bridge backs seizure of the Ukrainian oil and gas. This information puts a special emphasis on the fact that with the help of this bridge the Kremlin is pushing to secure its control over the natural resources of both the Azov Sea as well as the northern part of the Black Sea.

‘According to the estimates of the Chornomornaftogaz, a small area of the Ukrainian part of the Azov Sea has up to 20 billion square meters of natural gas. The market value of the reserves regardless the production costs is estimated at 3.4 billion dollars. This makes approximately 10% of the volume of the Russian exports of Gazprom to Europe in 2016. The Kremlin has shown how far it is ready to go to control Ukrainian resources in the Black Sea, unlawfully seizing them and then using military power to defend its claims,’ the article says.

That being said, some Ukrainian experts have already noted that Russia’s aggressive defense of seized objects can provoke an unpredictable escalation of the conflict.

A Russian version of the article may be found here.