Skrypal’s assassination attempt paid off for the Kremlin 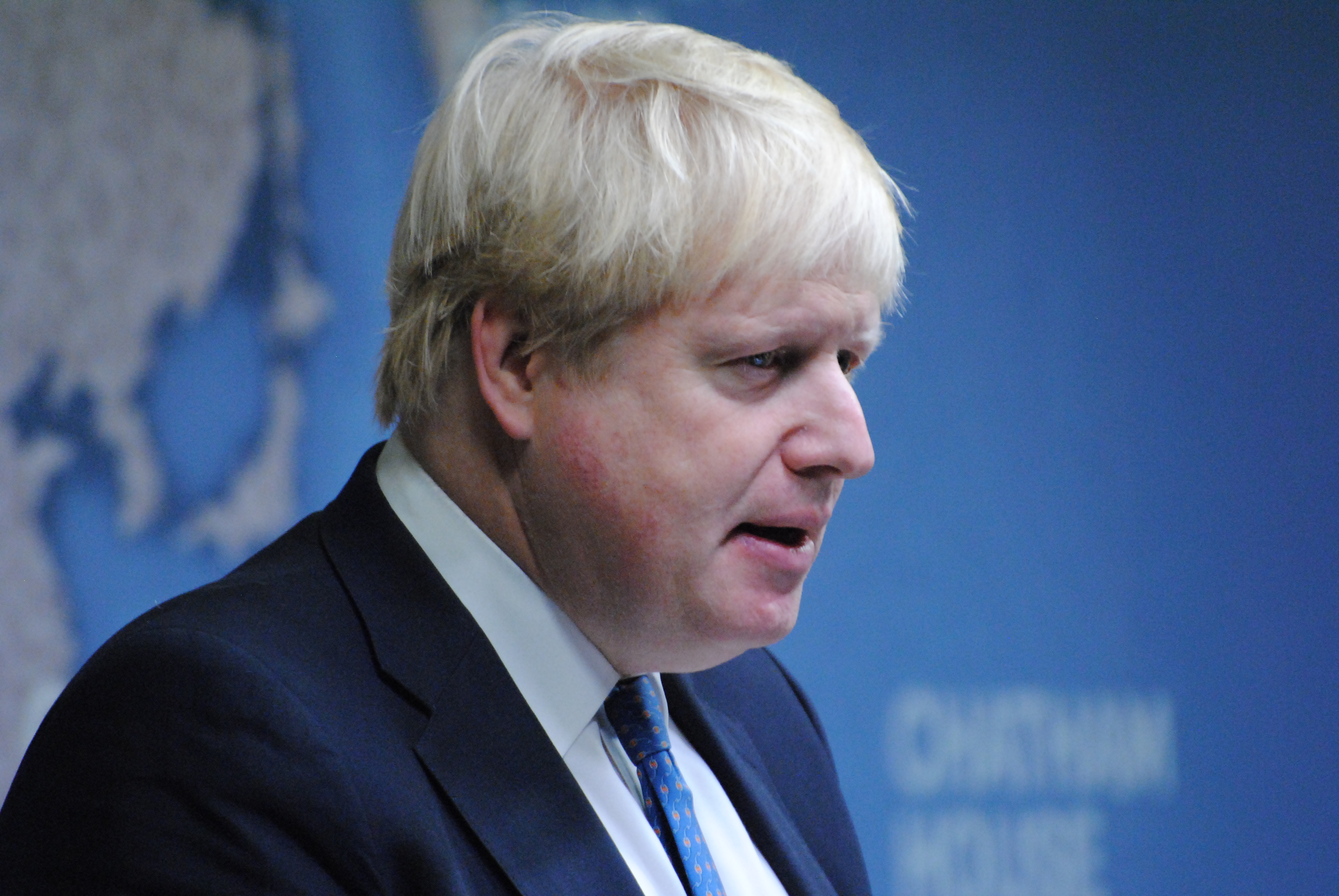 The attempt on the life of the former GRU Colonel Sergey Skrypal added a new round of confrontation in the already tense relations between Russia and the West. On Wednesday, British Prime Minister Theresa May spoke in Parliament, where she reported on measures taken against Russia in response to the poisoning in Salisbury of Skrypal and his daughter. She blamed the attack on Russia and announced the expulsion of 23 Russian diplomats, the freezing of assets of a number of Russians and the suspension of contacts with Moscow at a high level.

In the meantime, the reaction of the Russian Foreign Ministry to these events not only did nothing to relieve the tensions, but, on the contrary, was blatantly boorish and provocative. The Atlantic Council’s Digital Forensic Research Lab published an article entitled “Putin at War: Russian Trolling Diplomacy,” where it drew attention to the official Twitter accounts of the Russian Foreign Ministry that were ridiculing the British government, using their favorite tactics of “brush aside, distort, distract, intimidate.”

The Ukrainian project “Stop Fake” conducted a detailed analysis of not only the Russian diplomats’ and the Foreign Ministry’s official tweets, but also the tweets of the major Russian media, and came to the same conclusion as the Americans, namely: the Kremlin propaganda reacted to accusations with open threats against “traitors”, total denial and accusations of “Russophobia”, as well as the outright mockery of the British authorities. The boorish tone of the Russian statements was also noted by Theresa May, who stated that “no credible explanation of Skrypal’s poisoning was provided by the Russian authorities.  Instead, they responded with sarcasm.”

Natalia Gevorgyan, who is a contributing journalist with the Radio Liberty, also expresses surprise at the brazenly provocative style chosen by the Kremlin. “Russian diplomats in Moscow and London completely forgot about the essence of diplomacy:  fanning their fingers and openly trolling May and the British,” she writes. In her opinion, the audacious attempted murder and the intentional aggravation of relations with Britain that followed it can only be explained by Putin’s desire to raise the degree of “jingoistic patriotism” before the election.

“Presidential election is in three days. On March 1, Putin raises the morale of the nation by demonstrating new missiles and other military achievements that should stir up the Russian pride … “The Englishwoman is dumping on us” – it will make do as a pre-election patriotic, uplifting, unifying meme. They’re putting us down, but we are growing stronger! Who do they think they’re threatening!?  Who are they anyway!?  A couple of days before the election, this is exactly what you need. A proud, rising up from its knees, great and strong Russia – all alone against the whole world. And her irreplaceable, unique and most reliable defender, not understood anywhere, but understood and beloved by her people,” argues Gevorgyan.

At the same time, the publicist calls such tactics very short-sighted.

“This is deliberate: the fanning of the scandal is not needed, irrational and short-sighted. It will possibly achieve a momentary euphoric effect with the help of the federal media, but the need for it as far as the election results go exists only in the inflamed imagination of political consultants. Similarly, it is irrational to engage in saber-rattling as part of an official speech or to say in an interview that  a nuclear response is possible if Russia is attacked… Much in the words and actions of the Russian leader is irrational, especially in the past 4 years, sometimes it really seems that he should see a psychiatrist“, – says Natalia Gevorgyan.

At the same time, the obvious lack of rationality and reason for the attempted murder of the defector is used by Kremlin’s political scientists, proving that “nobody in Russia needs to kill Skrypal” and that the victim “no longer has any secrets“. However, in my opinion, the attempt on Skrypal’s life is much more logical than irrational. At least, the Kremlin had quite understandable and logical reasons to do it right now.

Most experts are going with the version that the primary purpose of Skrypal’s poisoning is to send a message to other potential defectors, not only from the ranks of the special services employees, but also to officials, oligarchs and everyone who has any knowledge of Kremlin’s dirty deeds. The fact is that right now the probability that these people will seek to cooperate with the Western intelligence has increased dramatically. There are at least three categories of potential defectors:

It’s not known whether Rybkagate came as a consequence of the authorities’ displeasure with Deripaska or was a cause of it;  however, the situation clearly got out of control, the “sex hunter” Anastasia Vashakevich refused to disappear at the right moment without a trace in the Russian dungeons, but instead promised the US intelligence services to share everything that she knows (most likely, not as much as she claims, but obviously something interesting). It’s not known whether Nastia will be able to come to the US, but as a result of this scandal the whole world is discussing Russian FSB’s battle with a girl of loose morals and her “sex trainer” – and the man who is indirectly to blame for this hype is still the same Deripaska.

It is known that the Kremlin does not like those who are “unmasked”, whether it’s arrested hackers, exposed spies, “lost” “GRUshniki” or disgraced oligarchs.  Such people instantly begin to face rejection and obstacles on all levels, which often leads to a loss of influence.  Having to deal with problems in their own country, in turn, serves as an excellent motivator for trying to work for another country. And to such people the Kremlin also sends an unambiguous warning:  it’s better to lose your business than your life.

An indirect confirmation of this version is the preparatory work carried out by the Russian media, which, unfortunately, went unnoticed by the Western media. And so, late on the evening of March 4, on the Ren TV channel, a broadcast appeared under the heading “Honey, a stick and a carrot:  how foreign agents recruit government officials.” The entire 14-minute story was devoted to the fact that the presence of children or property abroad is an excellent hook for recruiters, and therefore it’s simply unacceptable for a Russian official or politician to have assets in Europe or the US. Obviously, this program targeted those who could potentially find themselves on the new sanctions list, and the Kremlin, by bringing up such topics, has clearly revealed its main concern: villas and castles abroad would be much more important for Russian elites than Putin’s secrets. This show was broadcast right on the day of  Skrypal’s poisoning, therefore, it was prepared and edited in advance, and the time coincided with the time that the “main message” was sent.

In addition, blogger Nikita Tomilin noted this on his web page:

“In the week before the poisoning incident, someone uploaded a YouTube video with the footage of Skrypal’s long-ago arrest.  And this is not just any video. This video from 2003 is not available for download from the TV stations’ official sites.  Online archives don’t go back that far. These videos could only belong to someone who recorded it from a TV broadcast or someone who had access to the stations’ archives. But it’s already obvious that the poisoning of Skrypal was well planned as a massive PR action.”

The reaction of the Russian media after the assassination has already been repeatedly described in the media. This includes the famous threats of Channel One correspondent Kirill Kleimenov that “the profession of a traitor is the most dangerous in the world” and the less well-known, but even more sinister threats of Putin himself, expressed in the new propaganda film “World Order-2018” that “those who drip poison [on Russia’s image] will swallow it themselves, and get poisoned with it.” In a word, the “message” was sent to its intended audience using precise and accurate means and through various channels.  Besides, as Gevorgyan rightly noted, Putin took advantage of the situation to create the right degree of anti-Western hysteria and excitement before the election.

As for the consequences of the assassination attempt, if you think about it, Russia has not lost much. British Prime Minister Theresa May in her speech to the parliament noted that the way Russia acted in the case of the Skrypal’s poisoning shows that the Kremlin believes in its impunity in this and similar cases. History shows that they have every reason to think so. The same opinion is shared by Yuri Felshtinsky, an American historian and publicist, writing collaborator of another defector poisoned in London, Alexander Litvinenko.

“The West really cannot give an adequate answer, and this is due not only to its so-called “weakness.” In fact, it’s not at all clear how to strike back at a dictator. If he is not dependent on his elite, and does not feel any pressure from them, then we have practically no leverage to use against him. The fact is that the West has not seen the world in black and white for quite some time. It’s limited by legal norms, the understanding that one can not punish the whole people for the actions of one person. The West seeks to identify specific perpetrators and try to punish them, so that the consequences of this punishment do not affect the innocent. In addition, according to the legal norms, the perpetrators have the right to defend themselves, and their guilt must be proven. In the existing legal framework, it’s very difficult to punish someone. Even the imposition of new sanctions is already an uneasy decision,” Yury Felshtinsky explained in an interview to our website.

At the same time, the American historian noted that the worsening confrontation in the Russian propaganda or on the level of Twitter does not mean that Moscow is ready for a real confrontation.

“One of the indicators of this readiness is the Kremlin’s response to the expulsion of British diplomats from Russia. If they expel fewer than 23 people, this may mean that Moscow is ready to reduce the tensions. If more – this may indicate an intensification of the conflict,” he suggested.

As for the suggestion made by the British newspaper The Telegraph that Skrypal could be one of the sources of the former MI6 officer Christopher Steele, Yuri Felshtinsky could not confirm or deny this information, but believes that because of the usual FSB paranoia, a mere suspicion was enough for the Russian security officers.

“All that is needed here is only for someone in the FSB to suggest that Skrypal is associated with Steele. Moreover, it could even be expressed in vague terms, say, that Steele’s niece lives in Skrypal’s neighborhood, which means that they certainly knew each other and had to be cooperating. The FSB calls this operational information, which doesn’t have to be proven. And such absurd thinking could have affected Skrypal’s fate,” Felshtinsky concluded.

Russian Version of this article can be found at SlavicSac.