Book Watch: From Deep State to Islamic State: The Arab Counter-Revolution and its Jihadi Legacy 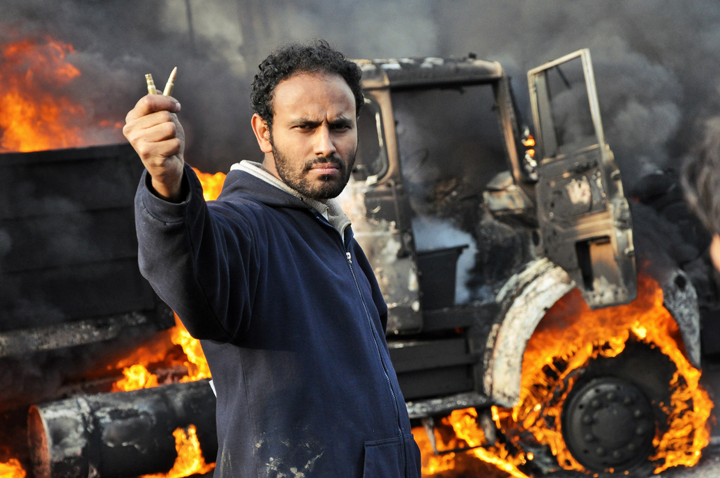 From Deep State to Islamic State: The Arab Counter-Revolution and its Jihadi Legacy 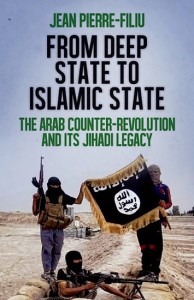 2015 has been quite the year for North Africa and the Middle East. The civil wars in Libya and Syria continue, the Islamic State of Iraq and al-Sham (ISIS) still maintains an iron grip over its territories, and Saudi Arabia formed a coalition to intervene in the conflict in Yemen. This all will continue into 2016. Just today in Tunisia’s security minister was fired after ISIS-claimed attacks and violence continues in Yemen despite a ceasefire.

With all of the books coming out regarding the ISIS, it is refreshing to see one that examines the impact that the Arab Revolution has had on North Africa and the Middle East. It is refreshing because the Arab Spring did, in fact, fizzle out, and also because the general public has forgotten about it. The title (and the cover photo of) From Deep State to Islamic State does suggest that there would be an in-depth examination of the Islamic State or Iraq and al-Sham (ISIS) and the al-Nusra Front. There is a slight examination in Chapter 8 and this should not be a detractor from this book. From Deep State to Islamic State attempts to wrangle with why the Arab Spring failed and the jihadist backlash that has followed in the region. Filiu delves into why a jihadist culture has emerged from the Middle East and North Africa, so in part it does explain how groups like ISIS and al-Qaeda emerged. It brings context and a wider perspective when the world is more in tune with the violent acts of ISIS and the US Republic leadership debate.

The Arab Spring caught the attention around the world. We all are familiar with the images and stories that came from Tahrir Square and the subsequent concerns when the Muslim Brotherhood became a force in Egyptian politics. There was much hope for the region as its citizens took to the streets and attempted to cast out their regimes. However, the region has not stabilised and the Arab Revolution fizzled out. If anything, the emergence of ISIS has detracted any attention from this.

The interesting thing about this book is that, at times, it reads as a personal journey. It is not only because Filiu is able to write a page-turning historical narrative, but because Jean-Pierre Filiu was optimistic about the Arab Spring when it occurred in 2011. So, this book is not only a readable walkthrough of events for scholars and the general public but does come across as a journey of Filiu attempting to wrangle with the failures.

For starters, Filiu goes back to the 1950s and 1960s and examines the “Mamluk” Deep State regimes in Egypt, Syria, Tunisia, Turkey and Yemen. There are two essential terms in this book: Mamluk and Deep State. The Mamluk definition of being an owned slave is covered in some detail. Mamluk is a term that goes back to the 9th century where slave soldiers were used by the Abbasid dynasty. The Ottoman Empire in the 13th century later re-adopted this policy and kidnapped and converted young boys from the Balkans and Russia and integrated them into their army. Filiu uses the term Mamluk to describe the personalities that arose to power and used Islam as the backdrop to their own nefarious agendas and legitimise their rule through rigged elections. This term is explained well and is used throughout the book. Deep State is a term that is more commonly used when discussing the Turkish policies of Mustafa Kemal Atatürk, where the military, judiciary and even the mafia coalesced to enforce their will over the populace. In other words, the various actors that guided important policy decisions behind the curtains or as Filiu describe it as the “Arab security mafias”. Although, at times, it does feel awkward that he uses this term but it was not take away from the overall explanation and argument of why the Arab Spring failed.

Some will find the events of the book familiar. The events of Nasser in Egypt and the guardian coups in Turkey have been rehashed in other works. However, it is a worthwhile read. Filiu, expertly, weaves the histories of the various states into one gripping narrative. Not many authors would attempt to write about the political history of  five countries and be able to make it into a succinct and gripping work. Filiu is able to seamlessly able to throw in nuances of the evolving situations and little-known facts which pop out of the book. In the context of what is happening in these countries makes this book an excellent compendium to the ever (d)evolving situation in Syria, Egypt and Turkey.

Overall, this book is an enjoyable and thought-provoking read and a welcomed addition to any personal library. Readers who are looking for a book ISIS still should purchase this book as it does expertly give a history that would be lacking in any of the current ISIS literature.

The book can be found here at Oxford University Press.