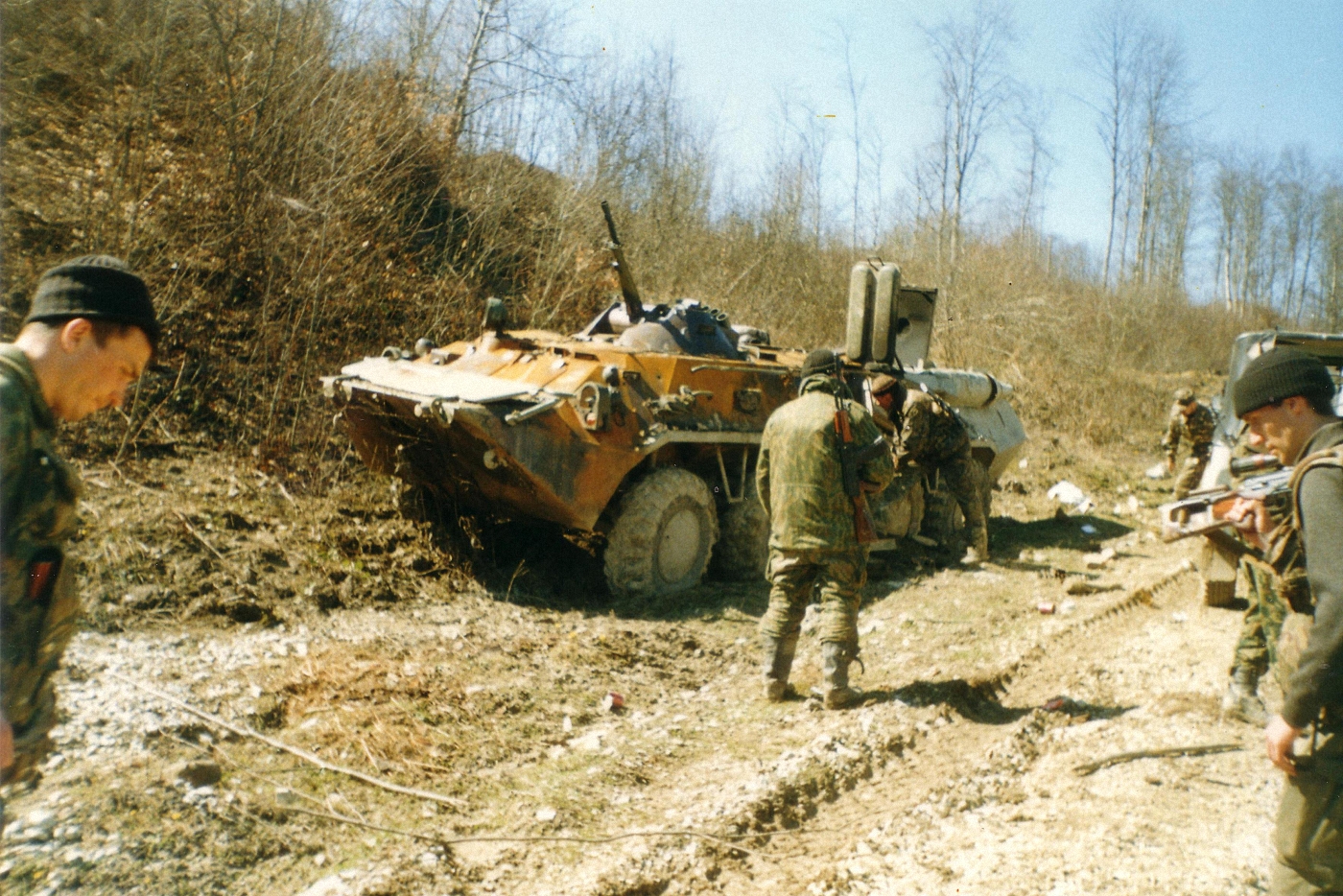 Inferno in Chechnya: The Russian-Chechen Wars, the Al Qaeda Myth, and the Boston Marathon Bombings 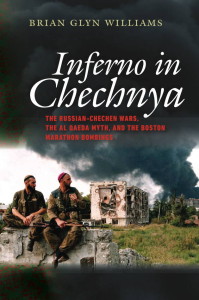 There was a time where the name of the remote mountains of Chechnya held little to no meaning in the West. In the wake of the Soviet collapse it became symbolic of oppressed peoples across the vastness of the collapsing Soviet Union fighting against a near century of oppression to at last cast off the yoke of Communism. Chechens became synonymous with freedom fighters. There were those in the West who adopted Chechnya as their de jure cause. For a moment Chechnya was on everyone’s lips but it was never really understood, nor was the roots of the conflict which beset these peoples. The reality of two Chechen wars, terrorism, and the impacts of Grossmachtpolitik were never truly appreciated outside of the Caucasus.

Born out of the Soviet collapse the West’s hope that Russia and her former Soviet satellites would free themselves and embrace a Western style liberal democracy were quickly dashed. Instead a deeply kleptocratic and autocratic regime emerged; one Europe was compelled to deal with. Russia’s ensuing wars to subjugate a Chechnya intent on independence would lead to a flood of terrorism inside Russia that was to reach as far as Moscow. This terror campaign would cause the Chechen narrative to become more problematic and murky in the post 9/11 narrative of the War on Terror (WoT). This served to all but erase these mountain people from the collective Western post 9/11 zeitgeist. Perhaps this was preoccupation, neglect, conscious or subconscious intent, whatever the reason in the wake of 9/11 most no longer had time for the skill and subtlety required to understand Chechnya and it was jettisoned from our collective consciousness.

Our neglect was to be rebuked, shattered, as it was at 2:49 pm on 15 April 2013 an explosion on Boylston Street in the heart of Boston changed everything. The Boston Marathon Bombing was an incomprehensibly senseless act of terror and as the world struggled to comprehend such a wanton act of carnage, half understood details would quickly emerge that, in the crucible of chaos of those early hours and days, would be forged by the media into a narrative that would become a juggernaut of misunderstanding and half truth. This juggernaut, however poorly constructed and misguided, would forever alter the Chechen narrative in American discourse.

It would be learnt that two young American immigrant brothers, Tamerlan and Dzhokhar Tsarnaev were responsible for this senseless act. The media would pick up on what was a rather weak connection to Chechnya on their father’s side (a land the brothers hardly knew and did not understand) and it would be packaged into a simple easy to understand narrative of ‘Chechen Terrorists.’ With the revelation of Tamerlan’s visit to Dagestan the narrative would morph into one of a Muslim immigrant radicalized by a familial connection to international Jihadisim.

The reality was far from this and nothing is ever simple. Our lack of understanding of the complex historical roots of events in Chechnya demanded simplicity. It is this demand that had previously led to our willingness to label any and all terrorists even remotely connected to the Caucasus as ‘Chechens’ and by extension all Chechens as international jihadists,

Brian Glyn Williams’ new book Inferno in Chechnya: The Russian-Chechen Wars, the Al Qaeda Myth, and the Boston Marathon Bombings destroys this simplicity and challenges the reader to grasp at a more complete, nuanced, complex as well as perhaps murky and less satisfying narrative of Chechnya. Although the sub-title contains reference to the Boston Marathon Bombings, it, like this article, uses it only tangentially as it pertains to the manifestation of what can only be described as a reprehensible global ignorance of what Chechnya really means. Indeed Williams book only comes to the Boston Bombings in his last 27 pages.

What Williams has attempted, with tremendous skill and brevity, is to remedy the lack of meaning or appropriate understanding concerning Chechnya alluded to in our first paragraph. Williams has done so by taking the entire history of an oppressed and radicalized people and made it accessible to a general audience with no knowledge on the subject. What Williams has accomplished is a masterpiece. He has managed to do what few university professors even dare. He has managed to take his rather popular course at U-Mass Dartmouth and distil it into a book for the masses. Williams has also managed to hone a skill that few University professors can claim to possess, an ability to write in an engrossing and accessible way.

Inferno in Chechnya is a superbly written book. Williams has created an engrossing read from start to finish that elegantly and simply ties events together, lays out the consequences without beating the reader over the head with his point. He also manages to, in little over 250 pages turn the lay into the well informed on the history of Chechnya. This history of Chechnya, of Chechen suffering and conflict reads unlike most histories, it moves swiftly and seamless drawing the reader in while informing them. Williams is a talented and passionate writer, his words drip off the page creating a work that is a real joy to read. Inferno in Chechnya is rich and poetic writing. Williams masterfully weaves a story of the romantic and ancient Caucasus that awakens a voracious imagination. It establishes with absolute clarity from very early on a narrative of pure, romantic, noble, ancient people radicalized and victimized by Russian encroachment and brutal subjugation.

Calling the Russian purge of Circassians from the Caucasus Europe’s first genocide Williams sets the tone for a seamless historical narrative, that is alive and fluid which builds steadily and effortlessly to a vivid and horrifying tale of a sickening disregard for Humanity. It might at times read as rather hard on Russia but Inferno in Chechnya is an accurate and balanced (as one can be given the reality of events) and Williams is equally hard on both foreign Wahhabists as well as homegrown Russian terrorists as he is on Russia herself. Williams is not an apologist, he is a realist. Still I doubt that will be of much comfort to the Kremlin.

Inferno in Chechnya is a reminder of how deeply we misunderstand what occurred, these peoples, and their true role in world events. It is an, at times, difficult read and begs the question, how much guilt do we carry for our inaction? And what is to be said of Russia but to suggest their fear of a Nazi west seems disingenuous when Russian allegations of Western ‘crimes’ pale in comparison to the Russian conduct of the Chechen “war” The indictment of hypocrisy hurled against the US by Putin is a sham, although he has pointed to genuine issues in the US system they pale in comparison to the brutality wielded against Chechnya.

What one reads is of a tale of a one-sided “war” and crimes against humanity that we have chosen to ignore because it is inconvenient and interferes with an easy to understand us versus them narrative. This is one of the best book I have ever read on the subject of the Caucasus and would highly, and perhaps because of the Caucasus being within my own area of study, even urgently recommend this book to anyone who cares to listen.

As I write this rumours swell of increased Russian presence in Syria. Russia plays by very different rules and we need to be far more conscious of this fact, for it is this brutality of which all share some guilt that has led us down this path. It is barbarism that has weakened and victimized a simple tribal people and transformed them and their mountainous homeland into a bastion of radical jihadism.

It is for this reason that Inferno in Chechnya is an absolute must read and must have addition to any responsible bookshelf focused on conflict and world affairs.