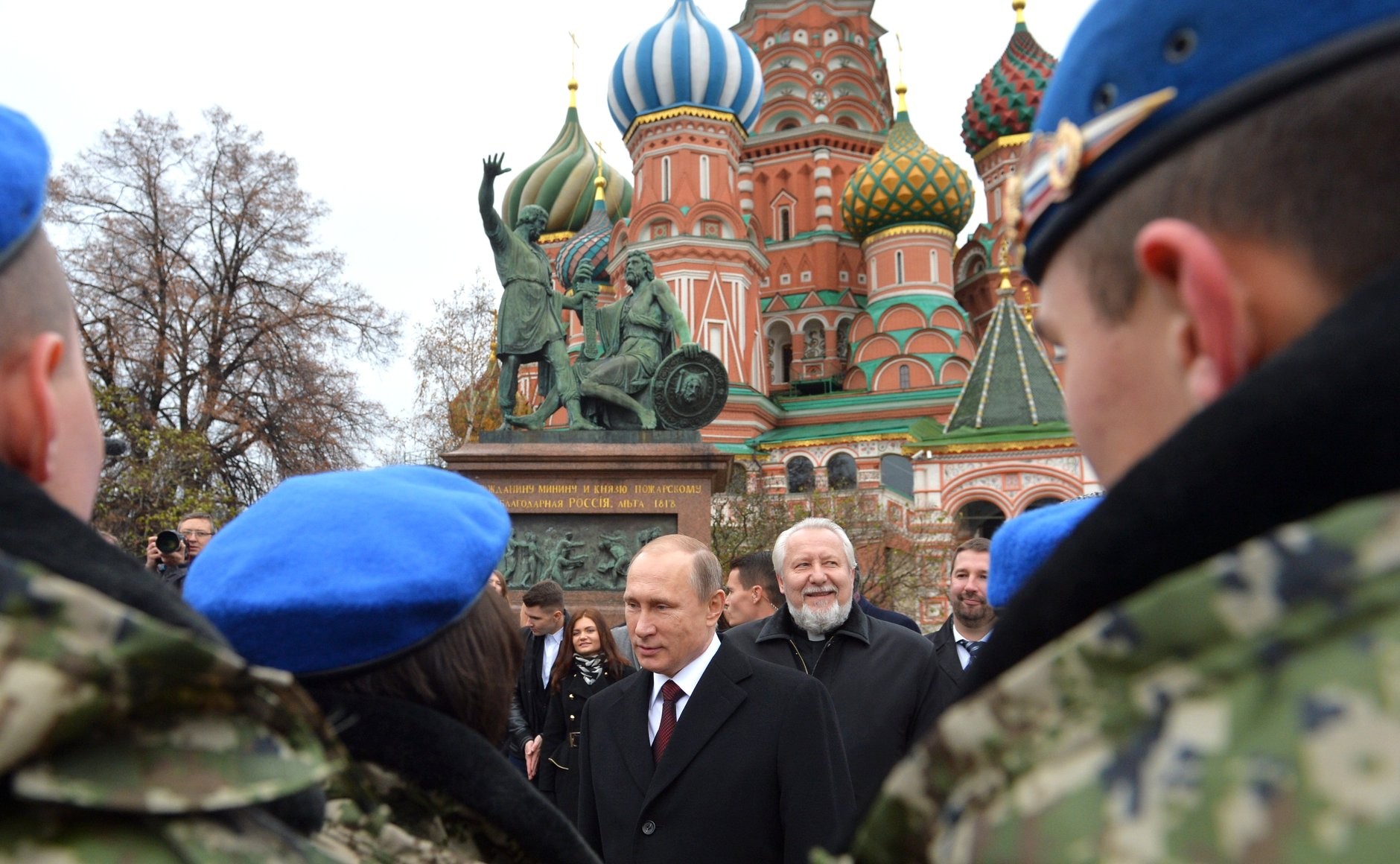 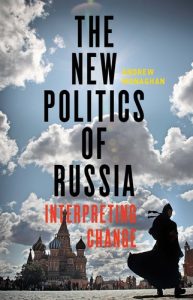 Andrew Monaghan’s The New Politics of Russia: Interpreting Change offers a concise but thorough review of the key issues that have spurred a growing “strategic dissonance” between the West and Russia over the past 25 years and which have been amplified recently with Russia’s intervention in Ukraine. While clarifying that he is not an apologist for Russian actions (in Ukraine or elsewhere), he advocates for greater understanding of Russian perceptions of how the Cold War ended, how certain Western terms used in diplomatic negotiations and references to historical events are interpreted quite differently in Russia, and how the Western view of history as a “progressive” process doesn’t conform to the Russian perspective. Without more Western empathy of the Russian perspective with regard to these issues, Monaghan contends that such dissonance is likely to remain. Given Russia’s increasing military and other actions in Ukraine and Syria, interference in the 2016 US elections and concerns over similar interventions in recent and upcoming European elections, Monaghan provides an accessible and highly recommended analysis of how Russia and the West arrived to this point as well as offers recommendations on a way forward.

Building upon his prior work at the NATO Defence College in Rome, Monaghan’s research is informed by discussions with officials from the West as well as from Russia. He clarifies that when describing the West, he is referring mostly to the US and UK and less on continental European countries as he sees growing disunity within Europe regarding its relations with Russia. The book is organized into sections forcing on Western perceptions of Russia according to different themes (e.g., post-Cold War expectations of Russia, NATO’s relationship with Russia, Russian domestic politics, etc.) followed by an examination of Russia’s views on similar themes. While Monaghan is eager to inform Western understandings of Russia, he tries to make clear that he’s not an apologist for Russia or Putin; rather, he seeks to educate the reader as to the “politically loaded” terms and understandings, from Russia’s perspective, that underlie the current state of affairs in order to evoke greater “curiosity and empathy” from the reader.

Why is Monaghan’s work relevant? As he describes, Russian actions in Ukraine, as well as in Syria, brought Russia back to the forefront in a manner that reflected the deep gaps in understanding between Russia and the West. Per Monaghan, typical Western analyses refer to Russia as a revanchist power trying to reconstruct the USSR and foment a new Cold War, which, according to Monaghan, demonstrates the two sides’ divergent views on post-Cold War history. Moreover, Monaghan declares that “getting Russia ‘right,’” is necessary. Why? As Monaghan reminds the reader, Russia is a nuclear superpower; a permanent member of the UN Security Council (UNSC); has tremendous natural resource wealth; represents a landmass that touches upon Europe, Asia, and the Arctic; possesses a significantly modernizing military; and seeks an increased role in international affairs. Russia’s actions in Ukraine, per Monaghan, clearly demonstrate its ability to affect Euro-Atlantic security, the post-Cold War order, and how the U.S., EU, and NATO relate to the world. Monaghan therefore boldly claims that, “Russia matters more to the West than any other single international question” given its influence on matters pertaining to regional and global security, energy, and economics.

What are the origins of the strategic dissonance between Russia and the West? First, the dissonance started with the end of the Cold War, claims Monaghan. He argues that the basic tenets of the relationship were never set on solid ground as both sides believed they “won” the Cold War and held very different interpretations of the impact of Gorbachev’s Glasnost and Perestroika reforms. Moreover, Monaghan claims that Western observers do not understand Russia, especially since that time, due to a gradual decline in its expertise on Russia given other priorities. Second, as Monaghan illustrates, NATO enlargement is a central source of acrimony for Russia against the West. In Russia’s view, a promise was made early on not to expand toward Russia’s borders. Indeed, per official Kremlin statements as well as its latest strategies and doctrine (e.g., National Security Strategy, Military Doctrine, Foreign Policy Concept), NATO’s “expansion” to Russia’s borders and its increased global role are considered one of the top, if not the top, threat to Russia. Nevertheless, Monaghan solidly reviews whether or not such assurances were made and while acknowledging that there may have been some verbal discussion over this issue between Western and Soviet officials at that time, he concludes that no such promise was made. Third, Monaghan contends that the two sides are unable to agree to the basic terms needed to advance any form of substantive diplomatic engagement. Thus, the absence of a common language limits the ability of the West and Russia to bridge any real or perceived gaps. Fourth, different understandings of history have also negatively impacted the relationship. Per Monaghan, a combination of Western “ethnocentrism” and its belief in a “progressive” history have confounded Western interpretations of Russia. That is, once the Cold War ended, the proponents of the progressive historical viewpoint held that Russia should transition toward a democratic system of governance, akin to other Western countries. However, Monaghan argues that such interpretations of history do not conform to Russian reality or its understandings of history.

Going forward, Monaghan recommends that the West invest more in Russian studies, similar to the field of traditional area studies, in order to foster a cadre of professionals who can develop a more current and nuanced understanding of Russia. Such an investment, he contends, will pay off by, inter alia, enabling the West to better understand how Russia sees itself. While Monaghan is relatively pessimistic about this possibility, as the book was published prior to the November 2016 US Presidential election and subsequent controversies surrounding Russia’s role in interfering in that and other elections, he might be pleased to find that increased attention is being paid to Russia even if it remains unclear as to what the future holds regarding prospects for improved mutual understanding between the West and Russia.

In conclusion, Monaghan provides an excellent analysis of the key misunderstandings, albeit from a Russian perspective, that have led to ongoing “strategic dissonance” between the West and Russia. The book is highly recommended for scholars and policy-makers seeking to better grasp the roots of critical disagreements between Russia and the West, and how to potentially address them. As Monaghan rightly acknowledges, Russia seems intent on rewriting the end of the Cold War (i.e., it doesn’t accept the results) and the West would benefit from a more sophisticated view of how Russia perceives itself in the post-Cold War order. Nevertheless, despite claims to not being an apologist, Monaghan appears softer on Russia than is warranted given the evidence—from its actions in Ukraine to its political influence operations against Europe to its campaign of active measures against the U.S. and others. Granted, the book was published prior to the US Presidential election and growing public concerns over Russia’s malign influence in Europe but at the time of publication Russia had already undertaken significant hybrid warfare actions in Ukraine—costing nearly 10,000 lives at present—and more conventional military intervention in Syria, let alone crackdowns on domestic political opposition. While Monaghan stated at the outset that he would not investigate in detail issues related to Russian democracy, given the breadth and depth of controversial Russian actions at home and abroad it is difficult to ignore how such actions have factored into Western perceptions of Russia. Furthermore, another issue that warrants greater attention is the interplay between Russian domestic politics and Russian global actions. Some experts have suggested that Russia needs an enemy to divert the population’s attention away from the country’s domestic economic problems and to justify Putin’s hold on power. Without such a diversion, the argument goes, Putin would be unable to maintain such high levels of popular support even despite recent protests. Although it may have been outside the scope of this work, a deeper dive into this issue would have strengthened the overall arguments made.

The book is available here at Manchester University Press.