Brexit creates calls of conspiracy and fears of a “EU Army” 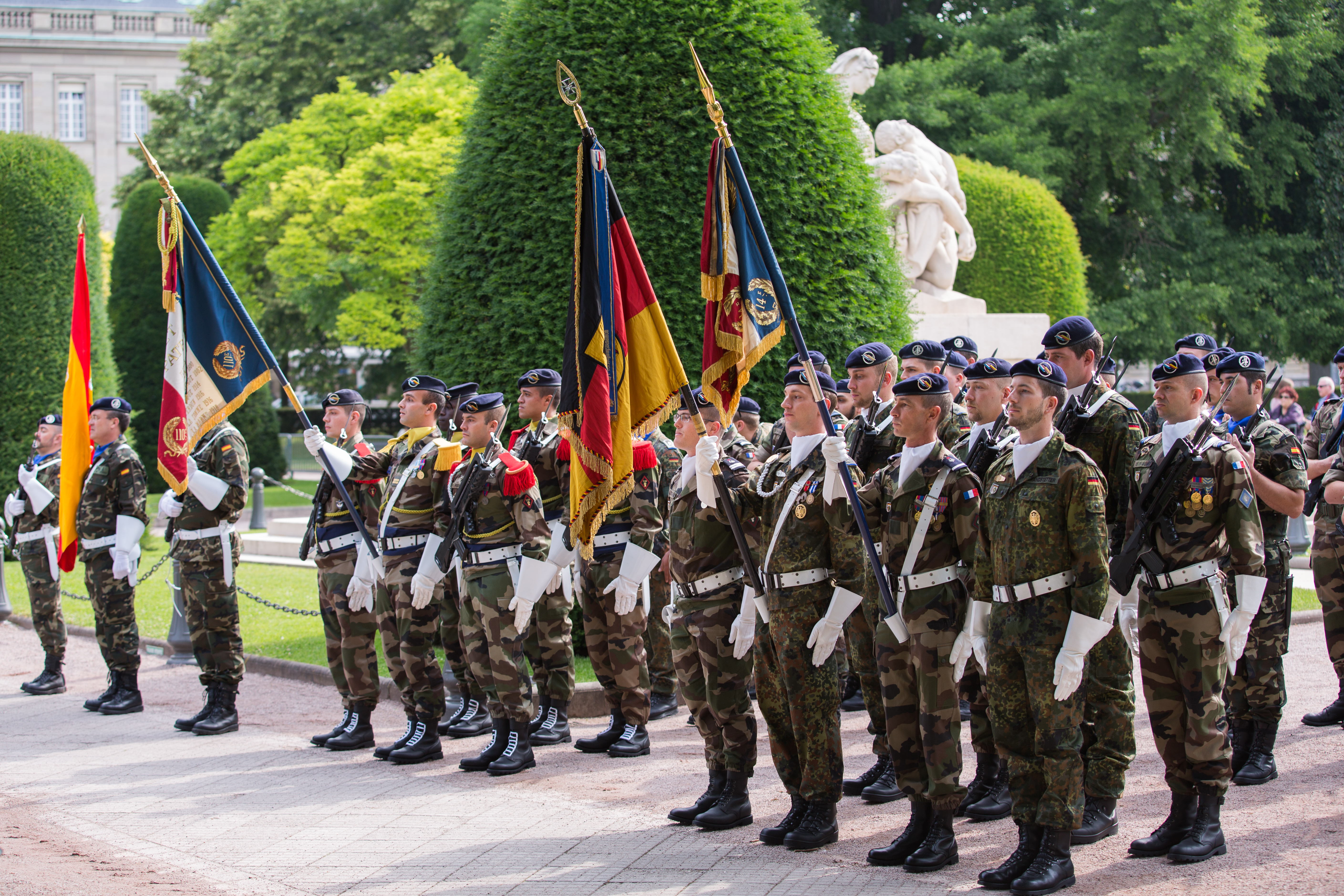 Brexit creates calls of conspiracy and fears of a “EU Army”

The UK faces a generation defining question over whether to remain in, or leave, the European Union. While the economy and issues of national sovereignty have taken a leading role in the discussions, defence has begun to become a significant feature of the debate.The “Leave” campaign claims that the EU is intent on creating an EU Army. The “Remain” campaign, and many others, brand these claims as the increasingly desperate rantings of a campaign aware that defeat, albeit a close one, is looming ever closer. Despite the claims that there are secret plans in place for an EU Army, there is more compelling evidence to suggest hat this is an extremely unlikely event.

Last week, The Times ran a story claiming that the EU was seeking to build its own army. This vexed the Leave campaigners like Nigel Farage, the leader of the UK Independence Party (UKIP), who went further and effectively doubled down on this by claiming that the “Remain” campaign itself was lying about the plans in order to continue keeping it a secret.  The claims from those in agreement with this thought pattern argue that their main fear is that any form of European Army will cut the UK off from NATO, its key defensive alliance and the body widely credited as having maintained peace in Western Europe since 1945.

What is the reality however? It is undoubtedly the case that some in Europe would like to see an EU Army, just as some would like to see a United States of Europe. One example here is the former President of the European Commission. He argued that such an army would be beneficial in the face of an increasingly interventionist Russia, in showing that the EU would not be pushed around. But that is why NATO membership continues to expand eastwards. In reality however, those that hold this sort of view are very much in the minority, even in the EU’s halls of power. The idea also faces further obstacles.

The main fear of those claiming that the EU Army is a realistic proposition though appears to stem from an agreement drawn up by Tony Blair and Jacques Chirac back in 1998. This was over the formalisation of a common EU defence and security policy, very much the standard EU mantra of having the intergovernmental body of the EU dealing with areas that it could control better than individual national governments could. This policy was later given greater weight in the Treaty of Lisbon where defence co-operation specifically was given greater weight. Indeed, at present the EU is involved in combined military operations, there are six currently across the Balkans, the Middle East, and Africa and these are focused on peace-keeping and humanitarian aims. The problem for those that point to this as a sinister move to create a combined army however is that these operations, though involving combined forces, are still left to national commands. A clear example of this is seen with the British Royal Navy leading the efforts to alleviate the issue of Somali pirates.

What are the future plans then? At the end of June the EU foreign policy chief, Federica Mogherini, will propose a deepening of co-operation in matters of security. Those in the Leave camp will point to this as being the revealing of the plans they have long expected. However, a spokesperson for Mr Mogherini, in a statement given to the Guardian, stated that “there is absolutely no plan to set up an EU Army with the global strategy.”

In all reality, France and Germany want to revive EU defence cooperation, but there are no plans to create an integrated, dynamic EU defence force. The two countries want to discuss interoperatability with equipment and improve overall coordination between member states. It should be remembered that this is the goal of the European Defence Agency, an organization that was formed in 2004.

Other commentators point to the issues with the plan. Nick Witney, the former Chief Executive of the European Defence Agency, stated, “a meaningful EU army would involve a Slovak general ordering German men and women into harm’s way and nobody wants that…we don’t, and neither do any of the other 27 member states.” He has argued instead for a greater level of co-operation in pooling assets and conducting joint operations. His final damning point on the idea that there is a secret plan being hatched behind the scenes, deep within the heart of the EU is that, “today it is very difficult to find a pulse in European defence policy.” Hardly conditions from which an unprecedented policy will spring forth.

Tossing aside these statements for a minute though, as Leave campaigners are want to do, we must ask ourselves whether, if there was the desire for it, and if there were in fact a secret plan which is being concealed from some that appear in the highest ranks in this field, could it actually happen? The answer comes strongly from Christopher Meyer, former UK Ambassador to Washington DC. In an interview with the Guardian he said that “pigs will fly before the EU creates an army. European states can barely scrape together the cash to fund their contributions to NATO.” Even given George Osbourne’s near miraculous ability to find money for bombing campaigns in the Middle East while British schoolchildren are left without adequate textbooks it would appear that the idea of an EU Army is a pipe-dream.

But let’s again ignore this statement and look at the pure facts on the ground, free from any statements made by high ranking officials. Even if it were proposed in all seriousness the creation of an army would require unanimous support across the EU. Let’s imagine in that case that the UK caves and offers its support. What then? Well, even in that near impossibility given the currents of British politics Poland, Romania, and the Czech Republic have all spoken out publicly in opposition to such a plan. These are only those that have spoken out publicly I will reiterate and therefore we can see that the UK is certainly not alone. The final line on this can be given by Steve Peers. As a Professor of Law at the University of Essex he is rather well placed to comment on such matters. Professor Peers has stated that it is “clearly incorrect” to say that the UK could be forced to join an EU Army.

We can therefore see that the only people really considering the real possibility that the UK will be compelled to join an EU Army if the country votes to remain in the EU on June 23rd are the hard-line Euro-sceptics of the Leave campaign. In a campaign that has seen its fair share of elaborate claims on both sides, it appears, as ever, that facts remain stubborn things.

Feature Photo: Personnel of the European Corps in Strasbourg, France, during a change of command ceremony in 2013 – Wikimedia, 2016