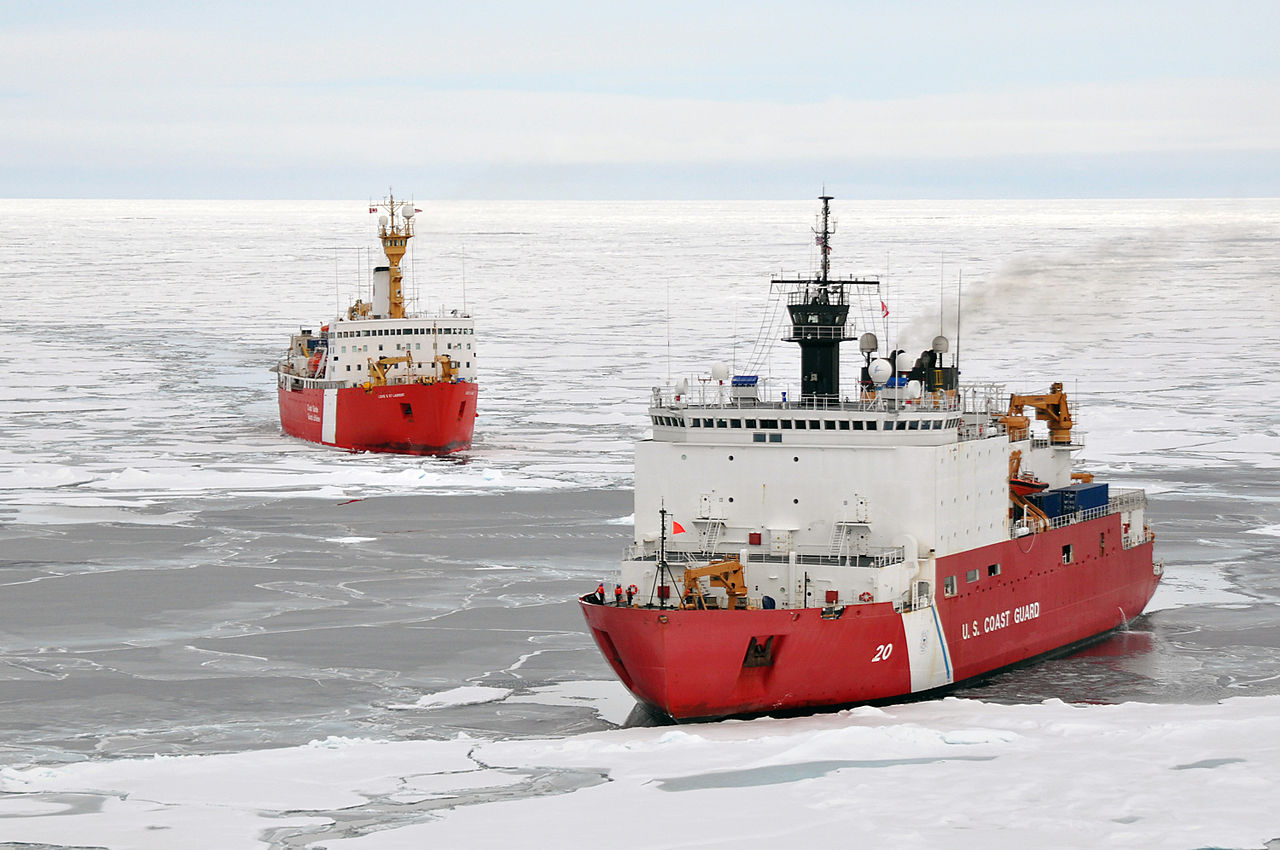 Canada is facing an Arctic crisis on two fronts and yet there is little attention being paid. Unfortunately, both fronts are uniquely intertwined – the environment and Canada’s aging icebreaker fleet. This is more than just a threat to Arctic sovereignty, but also to the Arctic environment and the Canadian government is doing nothing to ensure the survival of this mostly untouched landscape.

The Environment and its Future Exploitation

Scientists are puzzled over the fact that the temperatures of the northern most point of Greenland soared to 6 degrees Celsius during the darkest point of the year for the Arctic. Canada’s most northern inhabited place, Alert, Nunavut, saw temperatures rise 10 to 12 degrees more than normal. The natural barrier is weakening, if not disappearing overall.

Mineral and fossil fuel extraction will occur. Last April, President Trump signed an executive order would allow for oil and gas development in the Beaufort and Chukchi seas – a reversal of the Obama administration’s stance. There are already several oil rigs in the Arctic region already. In addition to this, the Arctic is also the only ocean that has untapped fish stocks and this has been the attraction for the European and Chinese fishing industries. Untouched landscapes are already an attraction for cruise ships and will continue to be so – if anything the numbers will increase as the ice decreases because of access. More traffic in the Arctic also means a significant increase in the risk of disaster.

This should be worrying because current legislation does not protect the Arctic as other maritime bodies of water. In fact, according to the World Wildlife Fund, “all tankers over 150 tonnes and all other vessels over 400 tonnes must have a Ship Oil Pollution Emergency Plan (SOPEP)”, but there is no Arctic-specific procedure. Heavy fuel oil (HFO), which is used by most large shipping vessels, is banned in the Antarctic because of its hazardous potential but not in the Arctic.” The WWF also state that “Canadian law requires ships to contract with a response organization that can provide equipment and personnel sufficient to clean up the amount of oil a ship is carrying, up to 10,000 tonnes. However, ships traveling north of 60 degrees’ latitude are exempt from these provisions.” Moreover, the WWF estimated the response time for an oil spill in the Arctic depending on its magnitude.

Fuel spills can happen by even the most well-trained crews. Although it was originally reported as 30,000 litres of fuel, the Royal Canadian Naval Frigate HMCS Calgary accidentally spilled between 10,000 to 20,000 litres of F-76 fuel in the Strait of Georgia (in between Vancouver and Vancouver Island) last Saturday. Now F-76 fuel is designed to float on water and quickly evaporate, but most fuel used in the Arctic would not be able to do this.

Even if the Canadian government were to close loopholes and tighten restrictions, the glaring issue is that the Canada does not have a satisfactory presence in the Arctic waters and even that is in grave danger within 25 years. How could we expect the Canadian government to enforce standards and set an example for safe and environmentally friendly ships in one of the most sensitive ecosystems on the planet with the current National Shipbuilding Strategy (NSS)?

Canada’s Arctic can only be its own responsibility

Canada needs to realise that the United States will not to be its saving grace. It has been reported that the only American heavy icebreaker, the USCGC Polar Star, is having a difficult time in the Antarctic. The US Coast Guard stated that, although there is less ice than last year, they had some engineering difficulties to overcome. One of the three gas turbines failed in January. Lately, it has been fighting engine failure and flooding. It is becoming common place for the Polar Star and its crew members are calling the 42-year old ship a “rust bucket”.  Which is laughable compared to our only heavy icebreaker – the CCG Louis St. Laurent, which is now 52-years old.

The Harper government sort of understood that with its “use the Arctic or lose it” strategy. The much-coveted NSS promised a new ice-strengthened (not icebreaking) naval class (the Harry de Wolfe-class), renewed a promise for a new heavy icebreaker and a naval facility at Nanisivik.

However, the Harry de Wolfe-class are susceptible to growlers, or chunks of multi-year glacial ice, floating in the Arctic seas. The Harry de Wolfe-class is also tasked with offshore patrol on the Pacific and Atlantic Oceans, so it is unlikely many of the ships will be tasked with Arctic duties. The new polar-class icebreaker, the CCGS John G. Diefenbaker, is delayed and if everything goes to plan may join the Canadian Coast Guard in 2022. The problem being, of course, that Canadian procurement is wrought with delays and cost overruns. Then there is the only infrastructure that was promised – the Nanisivik Naval Facility. Its budget was tied into the development and production of the Harry de Wolf-class and as inflation and improper budgeting came to light – there is little to no money for such an Arctic base.

The truth of the matter is that Canada, and even the United States, may very well have to invite Russian icebreakers to assist if there is a search and rescue distress call or even worse, an environmental disaster. There are only three Canadian icebreakers delegated to the Arctic as a region.  In comparison, soon Russia will have over 50 icebreakers and several of them being nuclear-powered. The lack of modern ice breakers put the Arctic waters at risk and our general sovereignty. This is something that the Russians understand.

The National Shipbuilding Strategy is scheduled to end in 2042. At that time, all of our existing icebreakers (except for the CCGS John G. Diefenbaker) will be between 55- and 64-years old. Older than what the CCG Louis St. Laurent is now…and that has been slated to be replaced for over a decade already. There are no other icebreakers slated under the NSS. The conversation to replace our current fleet needs to occur now and not later.

But then again, perhaps the architects of the NSS believed in the worst-case scenario of climate change would occur by then and that Arctic polar ice cap would have melted completely and therefore there would be no need for an icebreaker expenditure. If this is the case, then it is not government neglect but the government withholding an apocalyptic forecast of the future.

The Canadian government needs to get serious when it comes to the Arctic. The construction of more icebreakers need to be planned for or other alternatives such as leasing icebreakers, such as we did as an interim measure for the navy’s lack of supply ships. Procurement projects take time to properly set up and even then usually delayed – the we need to start planning now. Either that or we simply lose the Arctic to oil spills, unregulated marine traffic or even just hand our sovereignty over to Russia and other Arctic nations when we plead for help.