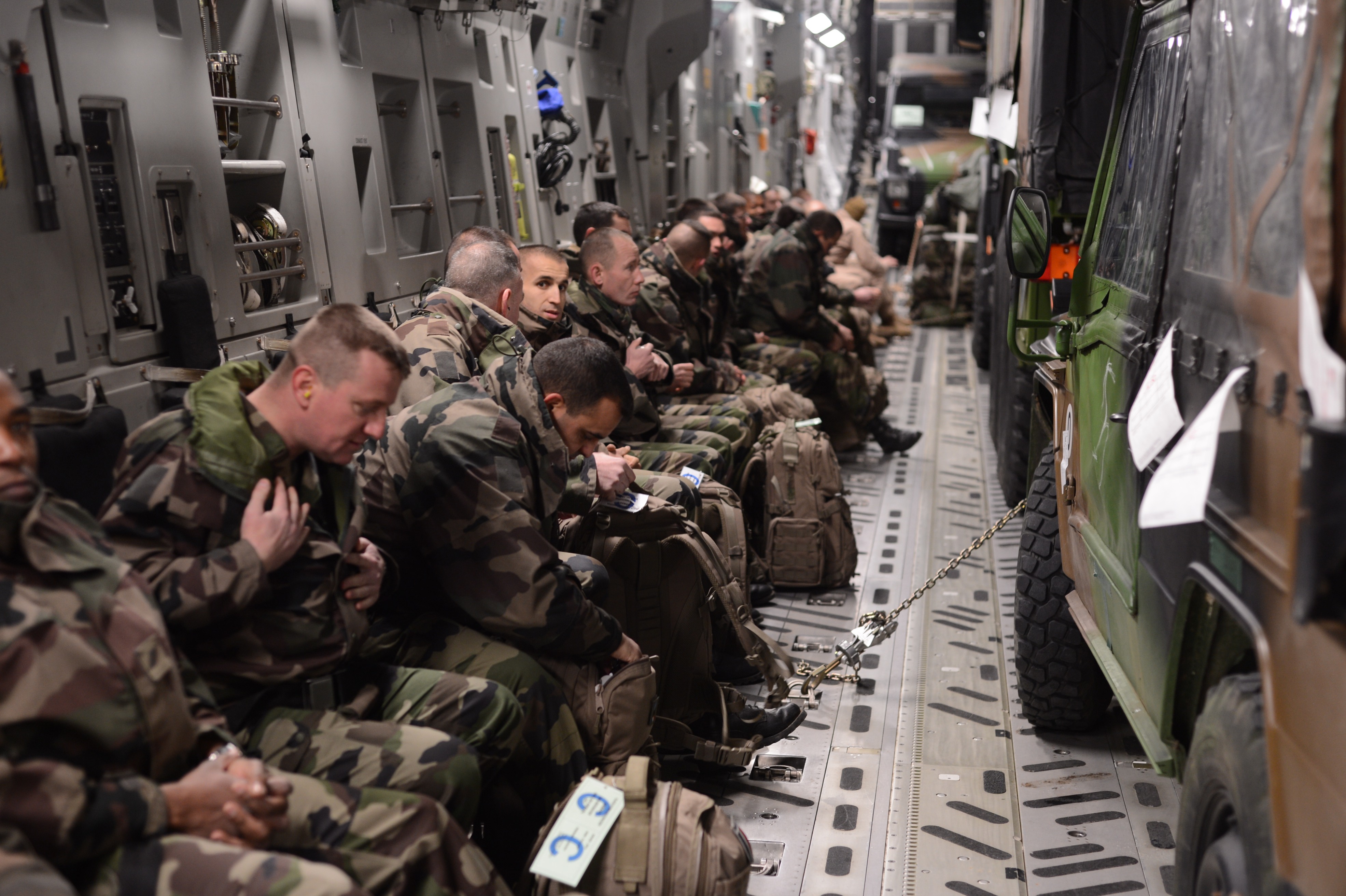 As the US-led coalition attempts to degrade the Islamic State of Iraq and al-Sham (ISIS) insurgent group, it would be advantageous to examine their counterinsurgency operations and draw from their lessons. The ongoing operation, and the initial French intervention, in Mali proves to be an example to take into account.

In January 2013, following a United Nations Security Council resolution, France began Operation SERVAL, an intervention into the civil-war that had erupted in Mali. A former French colony located in north-western Africa, Mali spent most of 2012 on the losing end of an armed insurgency in its northern region. The insurgency was sparked, in-part, by the long held grievances of a minority ethnic group: the Tuaregs. What turned the conflict from relatively small-scale civil war to one that warranted international intervention was the arrival al-Qaeda in the Islamic Maghreb (AQIM) and their opportunistic alliance with the Tuareg separatist groups against the government. The goal of the French intervention was to provide military assistance to the fledgling Malian armed forces. Earlier in 2012, elements of Mali’s military successfully initiated a coup d’état in response to the inability of its government to combat the growing insurgency early on.

The French military, acting with logistical support from its traditional allies – including Canada, made an immediate impact on the conflict. A European contingent was set up to assist in the training of Malian security forces, something that it was in dire need of. A similar training issue exists with the Iraqi military. The main reason ISIS was able to make such rapid gains was the capitulation of the Iraqi Army in the face of a much smaller forces. Just as the Malian Government overestimated the capabilities of its own army and underestimated the strength of the separatist militants, the United States grossly misjudged the ability of the Iraqi Army (much of which was trained by the Americans) to defend against ISIS. 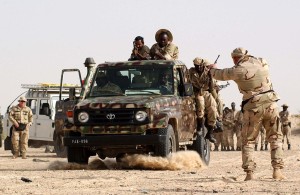 Working with Mali’s military, French forces helped regain control of all the major northern cities – some of which had been under Taliban-like occupation administered by AQIM forces. Moreover, the French forces made significant gains in eliminating much of AQIM’s leadership. Similarly, while the U.S.-led coalition has had moderate success in attacking ISIS’ leadership, this has not translated into recapturing cities from ISIS. Working hand-in-hand with Mali’s army, France was able to win the conventional war for territorial control and cripple AQIM regionally. The French soon began to shift to supporting Mali’s army in counterinsurgency and began to drawdown their force of 4,000 soldiers by April 2013, and began turning over control to regional African and Malian forces. By August, France had formally handed over control on the ground to a UN peacekeeping force, but have remained involved in limited counter-terrorism operations against AQIM since then.

France’s intervention in Mali was considered relatively successful in terms of achieving its immediate aims. It was short, effective, sustained minimal casualties, and remained popular in both France and Mali. Two years past, however, violence has again erupted in northern Mali. After successive failures in reconciliatory talks throughout 2014, clashes between militants and UN peacekeepers and government forces have become increasingly frequent and deadly. This week, Reuters reported that separatists groups have warned the UN mission to remove itself from the buffer zone it occupies. Along with a recent resurgence in Islamist violent attacks carried out in government controlled territory, any prediction of future peace and stability remains bleak.

Given this slide from initial success to an unconsolidated peace, what lessons could policy makers hope to glean from France’s intervention in Mali? Before answering this question, there should be no illusions about the limits of relying on analogies of international relations to apply lessons elsewhere. Nonetheless, what occurred in Mali and the current international mission against ISIS, which Canada is a part of, are comparable. Although the latter conflict is inherently more complex and violent, there exists several similarities (specifically regarding ISIS’ incursion into Iraq): both sprung out of larger civil wars, Syria and Libya; both have been aggravated, if not caused, by sectarianism (Sunni-Shiite-Kurdish in the case of Iraq and Mande-Tuareg in Mali); both governments faltered in their initial attempts to repel the insurgency; both insurgencies were successful in capturing and holding significant cities (Gao and Timbuktu in Mali; Mosul and Ramadi in Iraq); and both have, of course, resulted in international intervention.

What the intervention in Mali should demonstrate to policy makers is that even if a military intervention is successful and achieves its immediate aims, there remains no guarantee of political reconciliation. This is not to say that all interventions are futile. Indeed, in most cases, there cannot be a political solution without first achieving security. 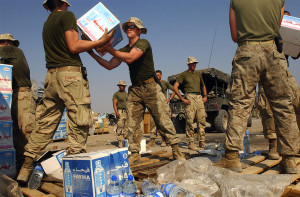 US Marines load water and humanitarian aid ahead of OP Sweeney in Iraq, 2003

Furthermore, there are also national security and humanitarian concerns that add to the rationale of an intervention; both were present in the decisions to intervene in Mali and against ISIS. However, should Iraq and its international partners succeed in driving ISIS out of Iraq (admittedly a much more difficult task than the French had in Mali), there must be plans for a political solution to follow. Following ISIS’ unexpected success into Iraq, it is clear that they were able to achieve support from substantial factions of the alienated Sunni population in western Iraq. It is not only a disengaged Sunni population that threatens Iraqi stability, but also a revitalized Kurdish independence movement that has been supplied with arms, training and has made significant territorial gains. This is a problem that policy makers in the coalition countries cannot choose to ignore again.

In situations like Mali and Iraq, where there has been continual sectarian strife, it cannot be assumed that these governments will initiate meaningful political reconciliation if left to their own devices. In international relations, realists have long been fond of the analogy of chess in international politics. While reasonable people continually disagree about the merits of assumed rationality in this analogy, the idea of thinking two or three moves ahead remains one that is too frequently unheeded. In order to ensure long term stability in Iraq going-forward there must be a plan beyond removing ISIS and hoping for the best.

Feature Photo: French soldiers in US C-17 on route to Mali – Wikimedia Commons, 2015

Eric de Roos is a Staff Analyst for DefenceReport. He also is a regular contributor to Vanguard Magazine, writing on foreign and defence policy. He holds a M.A. and B.A. (Honors) in political science from the University of Western Ontario. His master’s thesis examined U.S. Civil-Military Relations from 2001-2003. He is a co-founder and adviser to the Leadership and Democracy Lab at the University of Western Ontario. He can be contacted at: edroos@defencereport.com

European Union should prepare for fullscale war in Mali

The Weekly Recap: Could the Greens save the Canadian Forces