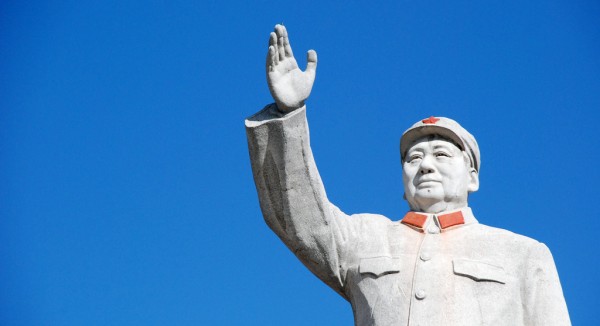 The invisible embargo imposed by America’s conservative political elite on discussing all things China related is eroding under the growing realisation that Chinese economic success is closely tied to western defence industry success. The formula is still complex, but it is becoming clearer. Take, for example, this week’s news that talks have broken down over the much-anticipated sale of Hawker Beechcraft’s corporate jet business to Superior Aviation Beijing.

Details of the fallout are still vague, but what is clear is that the American aerospace firm was hoping to shed its private jet shares in order to keep its defence portfolio alive. That portfolio includes the best-selling T-6 high-performance turbo-prop, used by air forces around the world as both a military trainer and special purpose light attack platform. Concern on the hill was voiced over whether a potential sale would give China undue influence or some kind of access to Hawker’s military portfolio, though these fears were quickly superseded by a desire to boost flagging US industrial output.

A similar drive to secure an economy-saving merger was behind the crippled EADS-BAE deal, but interestingly, analysts foresee a potential go-ahead between board rooms even as the German government continues to put the kaibash on one of the biggest aerospace mergers of the century. And let’s face it, it is not as if either aerospace deal would risk putting industry motivations above government regulation – either in Europe or in the US. Those days, I am glad to say, are largely over and done with. The real danger is the influence governments exert over benevolent market influences – market influences, I might add, that could, in a Hawker-Superior sale, open the door to greater diplomacy between east and west. US policy makers have waxed lyrical about this mythic east-west cooperation since Nixon’s visit to China in ’72.

It has, despite American right wing conspiracy theorists’ efforts, happened on many levels already – Chinese manufacturing of consumer goods has blown UK, European and US production out of the water. And that is precisely why western analysts secretly anticipate the Hawker sale with baited breath – and why they were sweating China’s reports of stagnating Q3 growth (which appears to be on the rebound). This week, reports showed industrial production had grown by 9.2 percent, up from 8.9 percent in August.

The western narrative is rapidly changing on China – and it has everything to do with industrial output. This past week I spoke with a UK-based hacker once employed by the US government, who told me that while the UK and US wish to paint China as an industrial cyber thief – hacking into defence and aerospace firms to lift industrial secrets, the reverse is actually the case. In many instances, he said, the US and British security services were at the forefront of orchestrating major hacks into China’s industrial base. Those secrets were then passed to western manufacturers, he said. It’s more than interesting.

It’s a peak into the secret world of higher level politics – in both the UK and the US. How we really view China, apparently, has little to do with the rhetoric we hear in the media. China is no longer the non-traditional partner, apparently. China is every day appearing less like its traditional self, even to insiders. As we attempt to adjust to the idea of China being an economic partner, it is now witnessing its own power shakeup on the inside, with a female in line to join the Politburo Standing Committee for the first time in the CCP’s history. China’s capitalist elite are setting new standards of international wealth – and spending (they are the number one reason the price of premium Champagne has skyrocketed in recent years).

As British politicians like David Cameron come to know the critical role China plays in global manufacturing, it perhaps comes as little surprise that the PM has ignored US warnings over Chinese investment in British Telecom network infrastructure. That investment amounts to GBP 1.3 billion (USD 2.1 billion). Conservative America’s opportunity for fear mongering has past, I’m afraid. Chinese industrial capacity is the future. That it will affect the western defence industry, I think, is a foregone conclusion. What keeps defence firms growing nowadays is perpetual diversification.

The growth of BAE in recent history is firmly grounded in this approach. There certainly have been hiccups along the way – and corruption is one of them – but the concept that mission creep threatens manufacturing is blatantly false. The elaborate network between Tier I, II and III defence firms demonstrates that very point – that diversification and alliances across the board yield results. JSF, notwithstanding. But maybe that says something. Maybe it’s time the UK found it’s own way in future economic alliances, without seeking American inclusion or approval.