DefRep weekly recap: Mohammed Morsi and the darker side of the Muslim Brotherhood 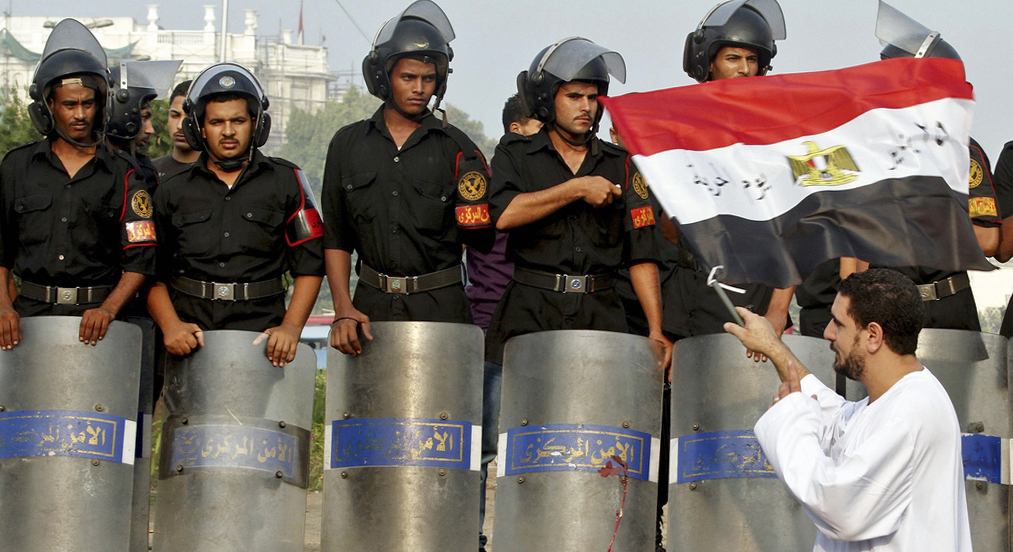 Mohammed Morsi and the Muslim Brotherhood against Egypt’s democracy

The most recent efforts to put a peace deal in place between Gaza and Israel appear to have held – for whom we have Egypt’s President Mohammed Morsi to thank, apparently. As Prime Minister Netanyahu turned away from a French-Qatari deal that came completely “off the reservation” and without any modicum of EU backing, all eyes fell on Morsi. He, in turn, was backed by on-scene American crisis negotiator Secretary of State Hillary Clinton, as well as by the voice of US President Barack Obama, albeit long distance. And almost as if by some spin doctor’s magic, Morsi the man appeared to take on the mantle of moderator, political heavyweight and Middle East peace ambassador in the span of 48 hours. He stood tall with the US president’s support and was hailed in international media as the honest broker, and as the leader of a powerful nation that might have something to say about a peaceful new world order that includes Islamist politics.

For some time following his rise to power, the UK, Europe and the US watched with concern as the rippling currents of power struggles between the military and Morsi – and between the judicial branch and Morsi – threatened to rock the boat of Arab Spring credibility. And by credibility, I mean credibility with western nations, many of whom eyed Egypt’s protests with incredible alarm, whether democracy be at stake or no. Now we have seen Morsi’s other face turn towards the camera. We have today witnessed global media’s frantic attempts to understand and portray the Egyptian president’s anti-democratic reforms – the creation of new emergency powers that place him squarely at the top of the nation’s power structure. Egypt’s Judges Club – a kind of professional union of the country’s top judicial figures – have for months been warning of the president’s attempts to cripple the judiciary branch.

Top public prosecutor Abdel Meguid Mahmoud has also been waging an on-going and public battle with the president to retain his post. Morsi has been trying to oust Mahmoud for about the same amount of time and only has been able to do so now under his new “emergency” decree. Shock has turned to confusion, I think it is fair to say. Those outside Egypt worry about due process, checks and balances, pluralism. But most importantly, they worry about re-establishing ties with a stable and credible economic powerhouse in MENA. And they should worry, especially about the latter. Not 48 hours before the president began applying himself to a Hamas-Israel peace proposal, Egypt finally received the first instalment – USD 4.8 billion from the IMF, to be exact – of an impressive USD 14.5 billion loan from international lenders. The deal has been expedited to slow the country’s continuing economic decline, which many believe to be a result of pre-election civil discord and Hosni Mubarak’s political inefficacy. And oh by the way, Morsi has promised to re-try Mubarak under his shiny new emergency powers act – and everyone outside Egypt (and about half of those inside Egypt) are worried where that will lead. Of course, this appears all so glaringly clear in hindsight.

While we rant and rave and despair at the president’s abuse of elected power – now being employed to write a new constitution without the pesky interference of elected individuals who may disagree with him – he has used his new-found political capital in the Arab community to campaign for Hamas-Fatah reconciliation and the promotion of violent groups within the Palestinian power structure. And we were worried by Iran. Well, while Iran’s parliament threatens to hold its president to account over a national economy that is moving backwards at breakneck speed, Morsi’s Egypt will be swimming in bailout funds for some time – the same kind of funds, mind you, thatEurozone countries like Ireland and Spain and Greece will probably never see.

Of course, in efforts to keep my opinions tempered, I should point out that younger political elements of the Arab Spring and the Muslim Brotherhood have voiced a greater need for pluralism in those political climates they have railed against. But the key question remains: who holds the keys to the Muslim Brotherhood kingdom? We simply don’t know yet. But if they are anything like Mohammed Badie, who, as Egypt’s top Brotherhood figurehead, called for holy war against Israel following Morsi’s peace deal declaration, I think we can all expect to go someplace we had hoped in our heart of pluralistic hearts we would never return to. No holds barred foaming-at-the-mouth anti-Israeli Islamic fanaticism. Welcome to the new Brotherhood.