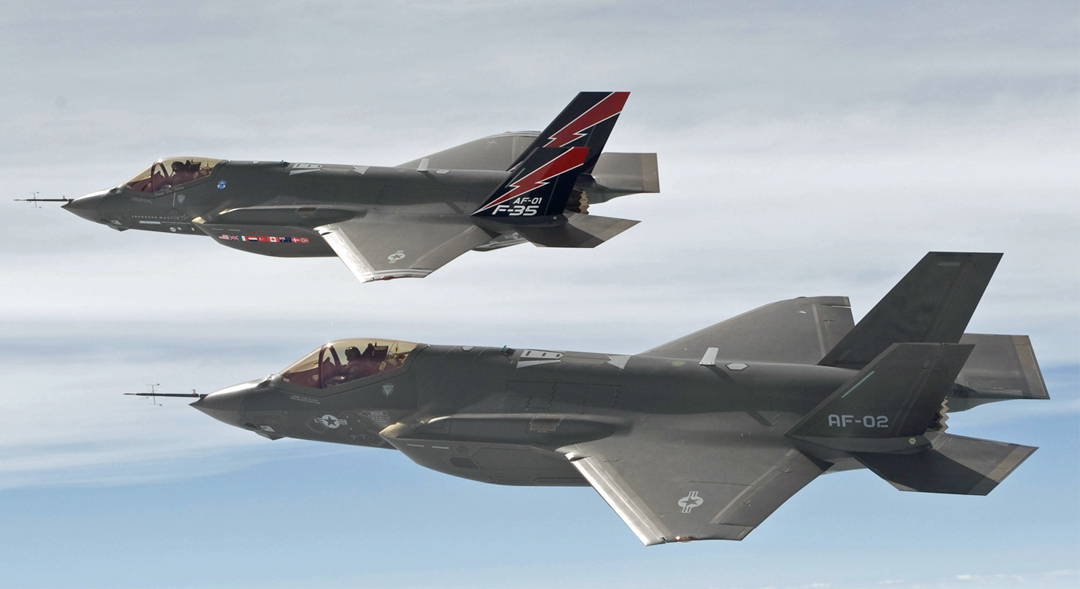 The Canadian government’s move against the F-35 Joint Strike Fighter has been unfolding in slow motion, but with increasing inertia – so much so that many here and Lockheed Martin (I’m sure) are wondering if Stephen Harper’s conservative administration is actually going to “cank” the project altogether. It’s not unimaginable, as several original ‘yay sayers’ have pulled out of the delayed development and testing programme.

Italy has downsized its original order; Denmark’s recent interest is slowly waning; Netherlands has voted for cancelling their involvement but are still on the fence for a replacement; Australia ended up delaying its order and rumours have it they are contemplating cancelling; and last but not least, the US has slashed quite a few digits from its initial order. Of course, while Canada has been involved in R&D funding from the beginning, they are not the biggest contributor – countries like Italy and the UK are. And we know what controversy has surrounded the UK order – switching from STOVL variant to cat and trap variant and back again has produced such severe whiplash for the Conservative government that only now are British taxpayers beginning to forget about it.

That is, until a third party audit of the Canadian JSF programme turned up tens of billions more that would be required to keep the stealth-like bird airborne (verdict is still out on its stealth capabilities, I think it is fair to say). This is a result of the fact that the RCAF has historically been able to accumulate hours in the same type airframe for longer than say, the US. I’m sure the PM would admit privately that the JSF programme for Canada has been heading down the road towards a shambleville from the very beginning – and this was not all Lockheed’s fault.

Start with initial projections on the F-35 from Defence Minister Peter MacKay – preliminary bids, project setbacks and planned spending on Canada’s fighter replacement were effectively hidden from the Canadian taxpayers. It was a lack of transparency that nearly cost MacKay his job several months ago and may still in coming days and weeks. Add to that Conservatives’ vilification of MPs who provided differing cost analyses of the programme from the very beginning, creating a partisan political platform over a military spend. It has created such a political divide on the topic that Harper’s government had to relieve the DND as project manager and bring in Canada’s Public Works ministry to manage it.

That’s kind of the equivalent of the British coalition government handing over one of their biggest military investments to, say, the Department of Transport or even the Treasury. That’s when you know things have taken a turn for the worse. Yet, what Harper’s government has been forced to do is actually a sign that Canadian defence procurement is properly balanced. After being managed in an underhanded and less than transparent way by the Conservative government, a more objective department was asked to step in to inform the public, seek third party “options analysis” and get down to crunching some hard unpleasant numbers. Public confidence will probably be restored as a result. It still may be too late for the F-35, but actually the presence of a fresh look at the programme is Lockheed’s best chance of keeping Canada on board.

And let’s be honest, it is not as if Canada is riding this defence procurement roller coaster all by itself. The UK has fallen into several of the same traps with the F-35, whether they be programme delays adding to projected costs to reversing previous decisions made by the Labour government in order to save costs – that will probably lead to greater expenditure in the long run.  Add to that the complexity of SDSR and criss crossed decision matrices on whether to build one aircraft carrier or two, sell one or both or design them for jump jets or cat and trap variants. Contracting and purchasing two simultaneous and interdependent defence products from two different contractors was also probably not a great idea.

And of course, Conservatives will tell you it’s all a result of Labour’s poor spending decisions. In addition, having spoken to inside sources on the UK MoD’s decision on the F-35 has revealed to me that, without a shadow of a doubt, the UK taxpayer knows even less than the Canadian taxpayer about what kind of fighter they are buying – and how much it really costs.

Politicians are born and bred to be casualties of policy wars. This is part and parcel to their contract of service to the voting, taxpaying public. Canada is likely to jettison a few politicians of its own in order to protect the greater good of the public purse. As the F-35 programme debate continues in the UK, it begs the question: who will be the first casualty of this procurement war – some 60 million UK taxpayers or a handful of British politicians?