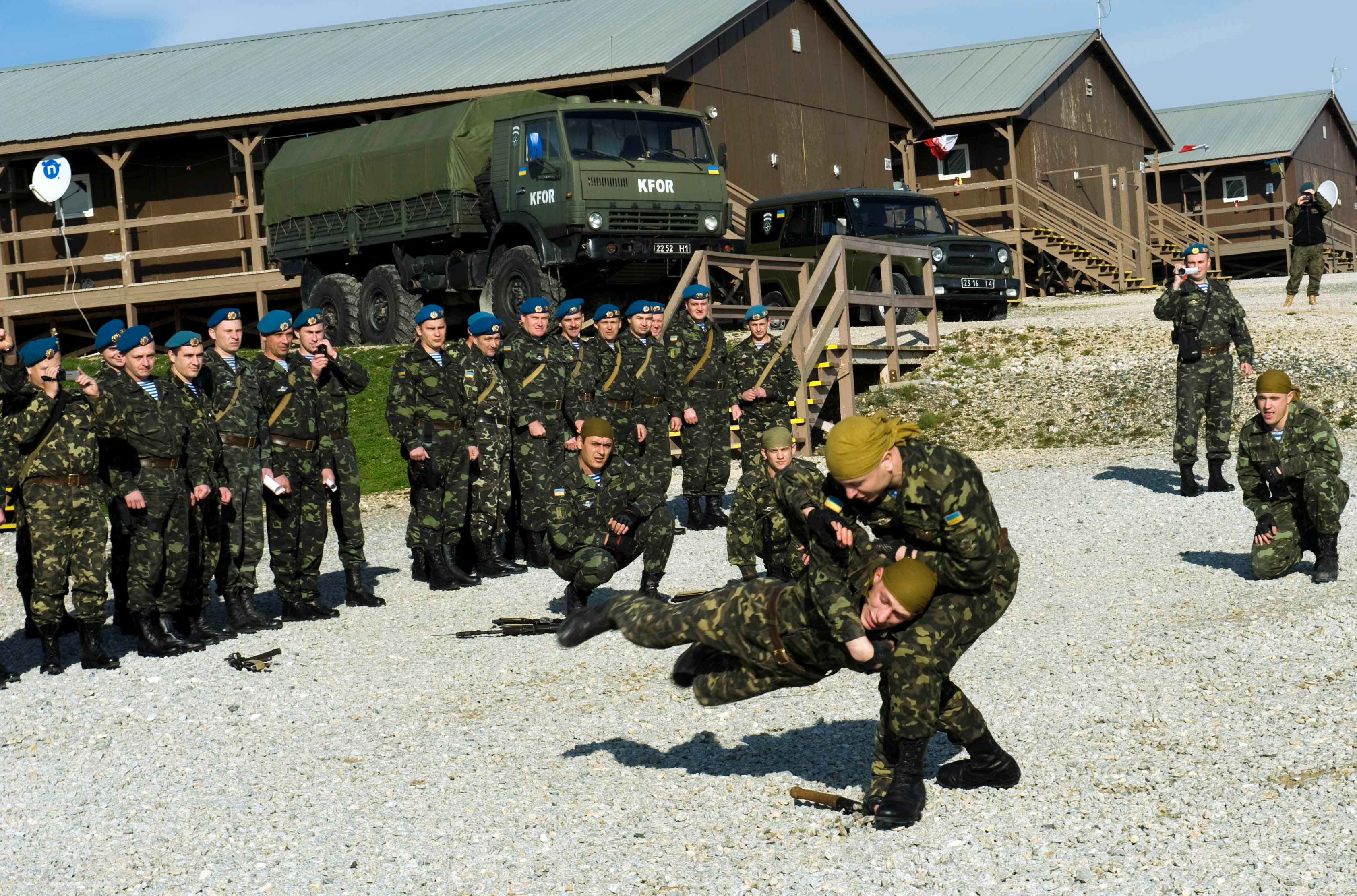 This past week has seen an increase in activity along Ukraine’s eastern border which has NATO again raising concerns of Russian encroachment into Ukrainian territory. There are continuing reports from the Ukrainian government of columns of tanks and truckloads of troops moving into the country’s east to support pro-Russian separatists fighting government forces.

This increase in activity stems from recent elections in the Donetsk and Luhansk “People’s Republics,” that Russia has stated they would “respect” (stopping short of recognizing) and which both Kyiv and Washington argue violated the Minsk protocol.

U.S. Air Force General Philip Breedlove, the supreme commander of NATO forces in Europe, recently described the border between Russian and Ukraine as having become completely porous, allowing Russian troops and weapons to pass freely into the rebel territory with reinforcements.

Russia continues to deny arming the rebels and in light of recent reports Russia’s defence ministry has again publicly denied sending troops into eastern Ukraine to help pro-Russian separatists there. Despite these denials from Russia, which are usually accompanied with an accusatory finger pointed at Kyiv or Washington, NATO has stated it possesses “overwhelming evidence that Russia has aided the rebels militarily in the conflict.” Despite Russia characterizing these claims as “hot air from Brussels”. Kyiv has cited reports of Russian troops KIA observed being transported back across the border into Russia.

“The most recent reports by the OSCE [Organisation for Security and Co-operation in Europe] Special Monitoring Mission in Ukraine has confirmed that there are “substantial amounts of heavy weapons, tanks and troops without insignia moving westwards. This equipment is reported to include columns of 35 tanks as well as 16 big artillery guns and 30 trucks carrying troops and ammunition. OSCE monitors also report more than 40 trucks and tankers were seen on a road east of Makiivka with approximately 19 of the larger vehicles towing howitzer artillery systems and containing personnel with dark green uniforms without insignia.

The description of professional looking, unmarked troops in the area are similar to that of the Russian forces which covertly invaded Crimea, earlier this year. This is also consistent with claims of a covert war being fought by Russia in Ukraine’s east. Without identification marking it is impossible to confirm if these troops are indeed pro-Russian Ukrainian rebels or in fact Russian troops. However, if this is independent rebel forces we are witnessing in eastern Ukraine and not covert Russian forces it would make this case fairly unique and unorthodox. This level of discipline, equipment, uniformity, and lack of identifying markings of any kind is highly uncommon among rebel factions of this kind.

Whomever these fighters are the recent activity represents a sharp escalation that seems to leave the Minsk protocol, which has been viewed in poor light from its beginnings, on the verge of collapse. Indeed, sporadic fighting has continued from almost the moment the ceasefire was signed on 5 September leaving Ukrainian officials contemplating the protocol may have been a ploy on the part of the Russians in order to buy time to reinforce the rebels in eastern Ukraine. This would be in keeping with historical parallels drawn between events in Ukraine and Russian action in the Caucasus which the outgoing Ukrainian ambassador to Canada alluded to.Regardless of the validity of this view these events have no doubt seen US-Russian reach their, arguably, their lowest point since of the post-Soviet era.

Although NATO is still unsure of these intent of these forces their concern lies in these forces organizing an offensive with the objective of strengthening and solidifying the rebel pockets into a contiguous linked territory that can be held over the long term. Rebel field commanders have openly spoken of a planned offensive in the coming days which would seem to confirm NATO’s concerns.

There are those that worry Putin’s aim is to create a “frozen conflict” is eastern Ukraine that would remove Kyiv’s ability to control the region and leave Moscow with its desired influence in the region while preventing Ukraine from moving closer to Europe.

The danger of this approach, if this is indeed Putin’s aim, is that Ukraine is already weak and this conflict, and the longer it draws on, will only further weaken and destabilize Ukraine. It serves to advance the Russian agenda in the short term but could serve to hasten Ukraine’s collapse into failed state status. One would have to ask would this truly be to Russia’s benefit? They will inherit another destabilized conflict zone on their borders demanding massive security investment and adopt an economic millstone tied to their neck for purely domestic political rhetoric that in the long term serves neither the Russian nor Ukrainian people.