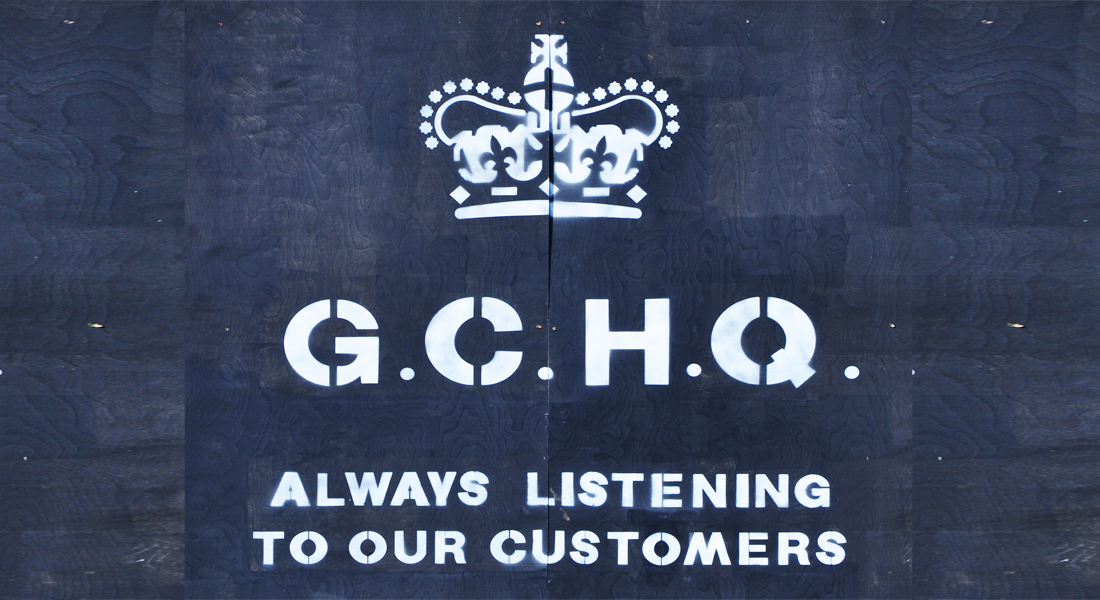 Defining surveillance, spying and the public interest in the wake of Ed Snowden’s defection from the NSA

It’s been a hectic fortnight of diplomatic wrangling, spy-game revelations and overall media frenzy since NSA whistleblower Edward Snowden unmasked himself to Glenn Greenwald at the Guardian.

Of course it all began when the surveillance operative revealed to the world the extent, or at least to some degree, of American cyber-surveillance and data collection. It was revealed that the US National Security Agency had an intelligence gathering project entitled “Prism”.

Snowden also let slip that the UK Government Communications Headquarters (GCHQ) had their own larger version of the Prism project called “Tempora”.

The documents Snowden released alleges that GCHQ stores, tracks and shares global e-mails, internet history, and telephone calls with the NSA. But how does GCHQ do this? By tapping into fibre optic cables. The information is stored for 30 days to be sorted and analysed and has been active for the past 18 months.

The extent of GCHQ’s data collection is a shocker. But this is not the first leak over data gathering that has occurred in the Snowden affair. On 16 June 2013, the world found out that the British intelligence services were setting up fake internet cafes at the G20 summit in 2009. They did so to monitor delegates’ e-mail accounts. It was also revealed that the intelligence services hacked into delegates’ mobile phones in order to monitor their text messaging and phone calls.

It may be one thing for the UK to sort and analyse the data collected from its own citizens, but now the German government is voicing their vexation . GCHQ has been sorting, analysing and sharing information collected from around the globe. This might become an election issue in Germany as the federal elections are taking place now.

President Obama has of course defended those actions:

“This is not a situation in which we are rifling through, you know, the ordinary emails of German citizens or American citizens or French citizens or anybody else” but rather “a circumscribed, narrow system directed at us being able to protect our people.”

With the information that has come out of the GCHQ leak, President Obama’s assurances now seem somewhat hollow. It has been estimated that GCHQ intercepts 21 petabytes of information a day or 21 thousand terabytes a day and it would be enlightening to learn how they process that much information. The Guardian reported that in May 2012, 300 analysts from GCHQ and 250 from the NSA were sifting through the data. In 30 days that means 622 petabytes of information is gathered, analysed and translated if needed. Clearly, traffic from suspicious persons would be monitored more carefully. But what to what extent are normal, average day citizens monitored?

Further, if personal information is deemed worthy of further investigation or of being archived, what profiles are being earmarked? As a defence analyst and journalist, I can only imagine the size and breadth of my own profie: with references of Lashkar-e-Taiba, the Taliban, nuclear proliferation, weapons specs of various equipment internationally. God forbid if they track my internet history. Personally, I have had two airport security incidents, departing on and returning from the same trip in 2008, but nothing since. Since then do I expect another incident where my belongings are torn apart at security?

The answer, quite simply, is yes. And my colleagues can expect the same, regardless of where they hail from, who they write for and where they fall on the dividing line of national security issues.

The extent of the surveillance may come as a shock to some, but what’s missing in the media analysis are the infinitely more important questions. Questions that will undoubtedly be discussed behind closed diplomatic doors:

I have a feeling that these questions will certainly be hashed over by the political elite, whereas mass media coverage of the same largely reflects a shallow response from the wider US public. Sadly, the most common response from Joe Public has seemingly been, “if you have nothing to hide then why worry?”

Other countries will likely have very similar programmes – which will come as a bracing wake up call for most of my fellow Canadians. Canadian National Defence Minister Peter MacKay was under fire recently for authorising data collection of Canadian citizens by the Communications Security Establishment of Canada (CSEC). This involved both internet surveillance and telephone wiretapping.

The Obama administration defended the Prism programme by saying that it had prevented some 50 terrorist attacks globally. And oh by the way, profiling ‘suspects’ based on their communications is not where it ends, but where it begins. US Special Operations Command (USSOCOM), for example, plans to launch a fleet of satellites dedicated to tracking individual suspects – logging geolocation information each time that person ‘plugs in’ to data networks.

Amongst the chaos of the Snowden debacle, there was one story that did not receive as much attention as it should have. Purportedly, the US cyber-counter intelligence people disrupted al-Qaeda’s Inspire magazine, where news, tactics, and bomb-making information is shared digitally and openly. This may be a minor victory against al-Qaeda, but it’s probably what the future of cyber-intelligence and monitoring holds.

There will be another crucial angle – the interception and disruption of information. It could be a very subtle step change from passive listening to active intervention – seemingly minor mission creep but one which will no doubt have a huge impact on all of our lives. And it will happen whether there are future Ed Snowdens to tell us about it or not.