The Future of Peacekeeping Lies With Being Tech-Enabled 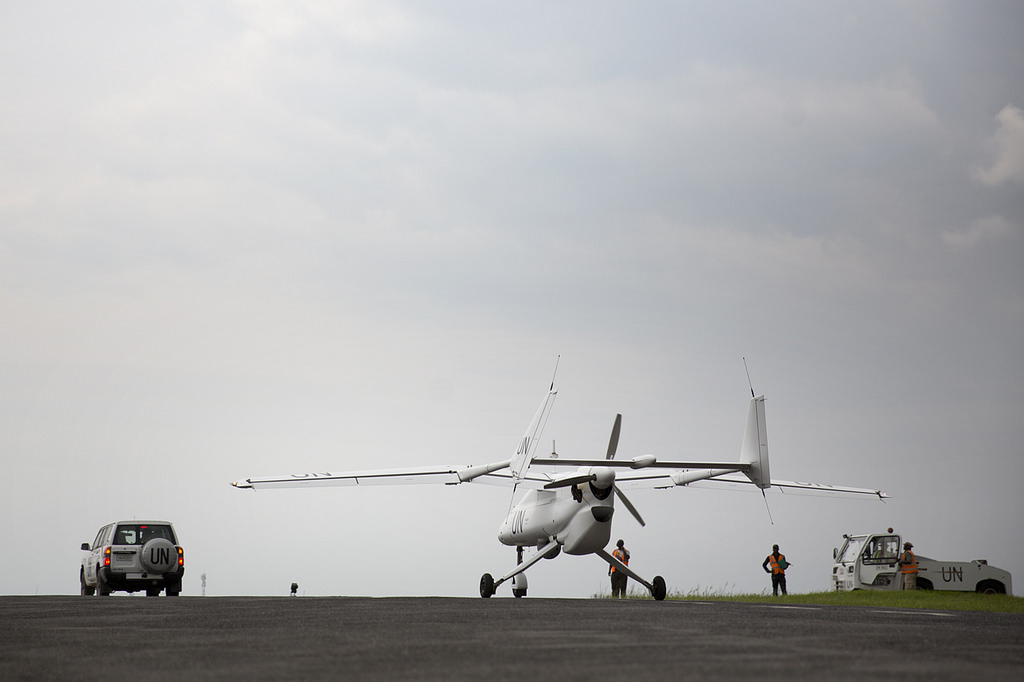 Since the last Canadian election, there has been much talk about increasing Canada’s troop contribution to UN peacekeeping missions. It remains a topic that flutters in the media occasionally. The most recent development that Canada will be participating in a peacekeeping mission in Africa “soon”. Canada’s reputation as a peacekeeping country has not been tarnished on the global stage, although its peacekeeping numbers have fallen significantly over the years. Canada currently ranks 73rd globally for Military and Police Contributions to UN Operations according to the latest UN figures that were published in April 2016. Canada’s re-engagement with peacekeeping should cause a moment of reflection, not only for Canadian politicians but for all of those who take part in UN peacekeeping operations.

The question of how much of an impact can Canada, or another Western country, have by simply increasing their military and police contributions should be raised. Many would argue that the training and the kit that they bring into those missions act as force multipliers and can have a meaningful impact. However, a  new report, entitled: Smart Peacekeeping: Toward Tech-Enabled UN Operations, shows a way forward on how we might conduct current and future peacekeeping operations. The report stipulates that aside from Police- and Troop-Contrubiting Countries, there can also be Tech-Contributing Countries. Professor A. Walter Dorn, of the Canadian Forces College, is the author of the report. Dorn is an authority on integrating technology into UN missions, espouses that more developed countries can provide the equipment and training for UN peacekeeping personnel. This would provide a technology multiplier for the entire UN mission and increase its effectiveness. In turn, this would also allow countries that are unwilling to provide a greater personnel contribution to have a sort of peacekeeping carte blanche. This would allow for the standardized kit and overall technology bar to be lifted much higher.

The premise is that a TechCC would support police- and troop-contributing countries, field missions, and UN headquarters with technological concepts, equipment, advice, and support. Dorn originally introduced this concept before and was, in part, adopted by the UN Panel of Experts on Technology and Innovation in UN Peacekeeping in 2014.

There are concerns that by adopting this TechCC practice that it would further exacerbate two-tiered peacekeeping. However, a prevailing issue with UN peacekeeping deployments is that bar for the standardized kit has been lowered in order for all countries to participate. For example, night vision goggles are not part of the standard kit for UN soldiers and this, in turn, means that UN peacekeeping missions are unable to operate during the night. This may have been acceptable when UN peacekeepers were stationed as mere buffer zones between state actors after a conventionl war. The current reality is that peacekeeping missions are increasingly becoming more complex and involve hostile forces, such as the insurgents in Mali and the M23 rebels in the Democratic Republic of the Congo (DRC). Not being able to operate at night allows these groups to have effective control over the theatre after dusk.

These missions require a robust UN force in order to stave off these non-state actors. This has proven to be deadly for the deployed peacekeeping contingents. Because of the complexity of these missions, the UN has begun to integrate UAVs into their operations. This has provided the two missions with a unique intel that the UN missions have lacked beforehand. This may be seen as a step in the right direction, but with the introduction of UAVs also requires the piloting, support and intelligence staff necessary to operate the aircraft and analyse the intelligence gathered. This means that UN relies on it member states to provide these specialise equipment and personnel.

UAVs are definitely on the high-end portion of the tech spectrum, and the UN took steps, in 2013, to ensure that it can outsource UAV deployment through commercial means. However, there is a litany of technological gaps to be filled. These range from communications to even bullet-proof accommodations. Command and Control has been hampered by lack of sophisticated communications and even UN vehicles lack GPS trackers that do not allow for real-time tracking. The list can go on. Dorn expertly walks the reader through the various components of UN missions that require a technological boost.

A more technologically-savvy UN peacekeeping force would be much more of a force multiplier than having to rely solely on the experience and kit of more developed militaries. Two-tiered peacekeeping can be abolished by bringing the entire UN mission out of the 1990s and into the 21st century. Smart Peacekeeping: Toward Tech-Enabled UN Operations provides a way forward and unique new activities and processes that the UN can follow. If the report’s recommendations are introduced, we might actually see robust peacekeeping operations that would have a greater success rate.

The full report can be found here.