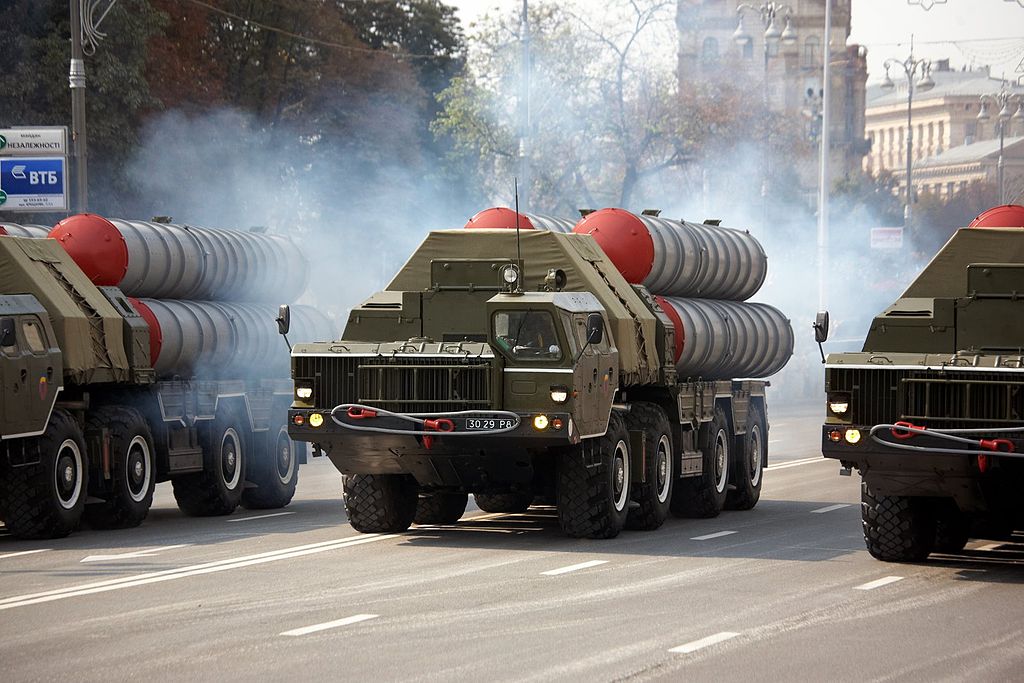 Russia claims that it used a Kh-47M2 Kinzhal (Dagger) hypersonic missile against a large Ukrainian munitions depot in the western Ivano-Frankivsk region. This would be the first known use of such a weapon in combat. A spokesperson for Ukraine’s air force command confirmed a Russian missile strike on Delyatyn in the Ivano-Frankivsk region on Friday, without giving further details.

By deploying this weapon, it will permit Russia the ability to target critical Ukrainian infrastructure without having to worry about missile defence systems.

The Kinzhal purportedly can achieve Mach 10 (10 times the speed of sound in the upper atmosphere), which does make them slower than intercontinental ballistic missiles. At lower altitudes, the missile probably can achieve Mach 4 and has a range of 1,500-2,000km.  They are able to manoeuvre during flight and fly at lower altitudes.  – making them more difficult for anti-missile defences. The Centre for Strategic and International Studies Missile Defence Project notes that the hypersonic designation may be misleading as “nearly all ballistic missiles reach hypersonic speeds (i.e. above Mach 5) at some point during their flight.”

However, it is unlikely that we will see more aggressive use of the Kinzhal in Ukraine. This was the first use of the weapon in combat. There is unsubstantiated internet speculation that it was used in 2016 in Syria, but it should be disregarded as the missile did not enter trial periods in southern Russia until December 2017. Moreover, in 2018, there were indications that only ten MiG-31s had been modified to carry the missile. It is unclear how many MiG-31s have been modified to carry the Kinzhal now.

But we can make an estimate. The total MiG-31 fleet in the Russian Air Force is 252. The MiG-31 Foxhound was introduced into the Soviet/Russian Air Force between 1981-1994. They are being slated to be in service until 2030. There are two contracts for upgrading the aircraft to keep them in service. The MiG-31BM and BMS variant and the MiG-31K. Now the MiG-31BM upgrade is the general upgrade for the fleet, where it can carry laser-guided bombs, new air-to-air ordinance etc. It has been reported that by 2017, 110 aircraft were upgraded to the BM/BMS variants. The MiG-31K is specific for the use of the Kinzhal hypersonic missile, therefore it is likely that there will only be a fraction of the fleet to be retrofitted for this role.

Let’s assume that a further 10 were upgraded between 2018 and now. However, once you factor in outfitted MiG-31s for scheduled maintenance, attrition for spare parts and weakened airframes and not so much for pre-war roles such as flight testing and training purposes – that number probably is reduced to 7-9 operational modified MiG-31Ks. Not enough to make a significant and sustained difference to the campaign. Moreover, this estimation does not even include the number of available Kinzhal missiles.

This is another front in the war of attrition for the Ukrainian military – fighter jets. There are no replacements for downed Ukrainian fighter jets, although a plan has been thrown about like a game of hot potato. The other option to provide air defence measures is to supply Ukraine with surface-to-air missile systems such as the S-300, which they have operated and used. The glaring issue is the size of Ukraine and those additional S-300 units will only provide a fraction of the air defence that the country needs and therefore will have to be deployed to areas such as Kyiv and Khariv.

The United States is purportedly offering NATO countries that have the S-300 a trade. Hand over the S-300s to Ukraine and get MIM-104 Patriot missile systems in their stead. A similar trade was offered to Poland – MiG-29s for new F-16s. The Ukrainian military has been trained on the S-300 and has the logistics and training to maintain them. It is not just the missile launch system, but other systems as well – the tracking, command and control and the munitions trucks that have a supply of extra missiles once the launcher has fired its payload.

Slovakia has preliminarily agreed to hand over their S-300 systems to Ukraine. The German and Dutch militaries are sending three Patriot missile defence systems to Slovakia and will operate them as the Slovakian military has not been trained on them. Russian foreign minister Sergei Lavrov stated that Russia will not allow the transfer and will target them.

Greece turned down the S-300 request, citing its own needs. Bulgarian Prime Minister Kiril Petkov said in a press conference with US Secretary of Defence Lloyd J. Austin III:
But being so close to the conflict, just right now I have to say that currently, we will not be able to send military assistance to Ukraine. This will not be possible as of now, but this type of military assistance should — should only happen, potentially, only if it is approved by the Bulgarian parliament.

Ukrainian President Zelenskyy appealed to Israel for the Iron Dome missile defence system. At the time of writing this, there has been no response from the Israeli government. Given Israel’s stance of attempting to be a mediator during this war, it is unlikely there will be assistance with Iron Dome systems to Ukraine.

Once again, we are seeing a tactical game of chess. Analysts have discussed how the Ukrainian Air Force needs fighters jets, but it is countered by Russian threats. Then the discussion moves on how to supply Ukrainian Air Defences and the Russians counter with a limited introduction of SEADs and introducing a first-use hypersonic missile strike. Russia is deploying a limited asymmetrical response to new emerging threats, which further indicates that the Russian Air Force is more of a paper air force than previously thought. This does not alter the fact that it is a war of attrition for the Ukrainian Air Force and Air Defence units – without a new supply of equipment it is only a matter of time before they falter and Russia gains air superiority out of default.