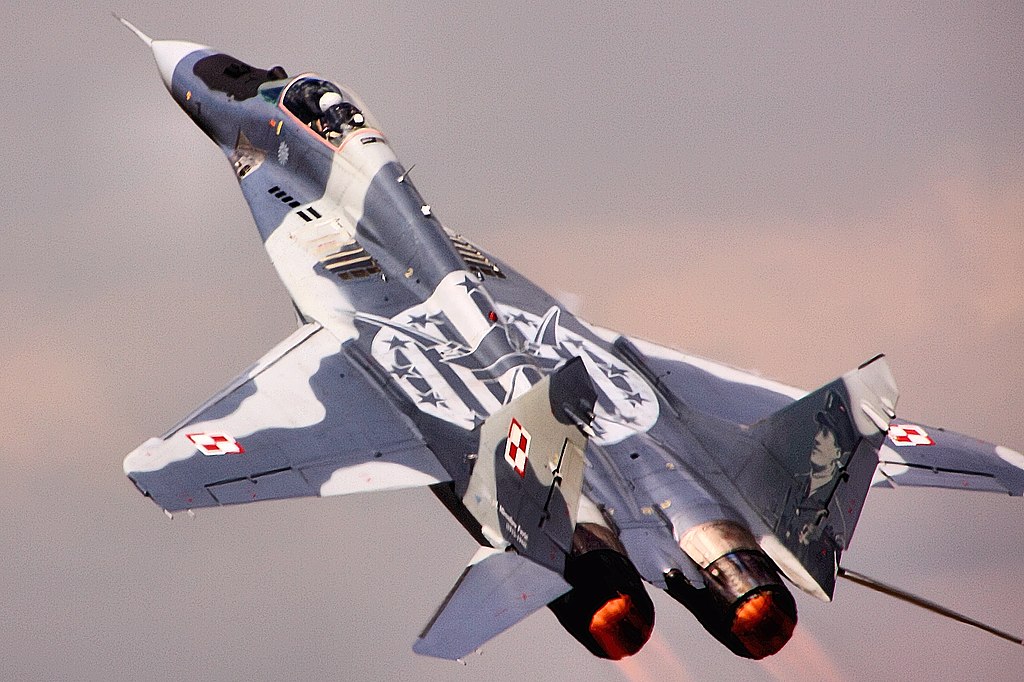 The intense shelling of the port city of Mariupol (population close to 400,000), as with many Ukrainian cities, has been going on for days. However, the intensity in Mariupol has been fierce. It was announced today that a maternity ward and a children’s ward were destroyed at a hospital complex after a Russian airstrike. At the time of writing this, only 17 people were injured according to Ukrainian officials, however, many remain trapped in the rubble. In addition to this, Russia has been accused of shelling the cities evacuation corridors. Water, food, electricity and heating have been cut off for more than a week now. The conditions within the city are a humanitarian disaster on its own.

This siege seems that it will continue if resistance holds out, but conditions continue to deteriorate.

Naturally, seizing the city will allow access to the Sea of Azov. Mariupol is also home to the Ilyich Iron and Steel Works which the Sinter plant is the largest in Europe. It would put significant economic pressure on the Ukrainian government. But the real prize is that it would provide a land corridor between pro-Russian separatists in the eastern Donbas region and Crimea. If the Russians can do this, it would mean that there would be a unified front against the Ukrainian forces, and better logistical supply. Also, if Russia were able to keep this territory after the war, it would mean that Crimea would not be cut off from Russia as it was before. This should be a significant strategic gain for Russia if the city is captured.

Taking Mariupol would also be a propaganda victory as a large and important urban centre would fall to Russia. However, it may not have the demoralizing effect on the Ukrainian population as hoped though. It may be more of a rallying call for them.

The likelihood of a Ukrainian counter-offensive at this point is untenable. Ukrainian forces have done a superb job of resisting the Russian advance. The 40-mile convoy outside of Kyiv turned out to be a disaster for Russia. Smaller convoys were conjoined in a logistical nightmare on one road. Poor maintenance practices for wheeled-armoured vehicles have also contributed to Russia’s poor performance. It turns out that many of the wheeled-armoured vehicles have not shifted from their bases long enough for the wheels to become compromised and blown out. One would only have to (re-)watch A Bridge Too Far to realise that putting such an amount of resources down one road would be a nightmare and the undoing of any operation. 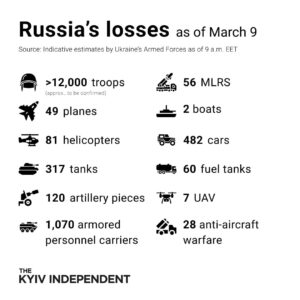 The Russian Air Force also has not been able to achieve air superiority. Its planes and helicopters have been shot down by surface-to-air missiles or by the Ukrainian Air Force. The fog of war obviously still applies to Ukraine as it does any other conflict. The Ukrainian military estimates that 12,000 Russian troops are dead; the US Department of Defense says up to 6,000; and as of 2 March, Russia confirms 498 dead. Although it was not until today that the Russian Defense Minister confirmed the use of Russian conscripts in the conflict. There is also a litany of fake media, propaganda and other internet minefields to surpass in order to understand what is going on the ground and even then one has to be wary of the information – just in case.

The Russian operation has been a blunder. The worry, of course, is whether the Russians are beginning to learn from their mistakes. There are indications that they are.

It only has been until very recently that the Russian Air Force has introduced Suppression of Enemy Air Defences (SEAD) munitions. These munitions home in on radio emission sources, such as radar antennae. These munitions will target the vehicle-borne anti-air defences that Ukraine has been employing and have had some success by capturing air defence systems from Russian forces. These defences can down a Russian fighter jet. The Man-Portable Air-Defence System (MANPAD) such as a stinger missile are unable to do so and are more attuned with taking down a helicopter.

For years, Ukraine pleaded and sought out more air defence weapons as they realised that those defences were inadequate. Those defences have been adequate so far as the Russians have been unable to destroy them en masse.

The Russian Air Force has been downing Ukrainian fighter jets, in fact, Ukraine lost its Top Gun last week. And not by a Russian fighter jet, but by Russian air defences that are being deployed in the country. Ukraine does have an at-home advantage as we saw with the Battle of Britain. If a Ukrainian fighter jet is shot down, the hope is that the pilot can eject in time and be able to fight another day. The issue is with what fighter jet? Ukraine is not turning out MiGs as Britain was with Hurricanes and Spitfires.

Last week, US Secretary of State Blinken was examining a proposal that Poland would transfer its 28 MiG-29 Fulcrums to Ukraine. The MiG-29 is an air superiority fighter jet and would be suited to continuing the air battle with Russian air assets. The advantage for Ukraine would be that its pilots and technicians would be already trained and prepared to utilise these combat aircraft. For this donation, Poland would receive F-16s to account for the loss.

President Putin made a warning though that any country that openly supported Ukraine’s Air Force would be considered for possible retaliation.

This is where the fighter jet hot potato started. Poland surprised the US by proposing that Poland were to transfer the MiG-29s to the US Air Base at Rammstein, Germany and then those planes would be somehow flown and handed off to Ukraine. This is where the line was drawn and the United States said no to the proposition.

Ukraine is in a position where Russian forces in the east are able to join and create a linear front against Ukrainian forces and possibly enjoy a propaganda win (at least by their own side). Russian shelling continues, but Russian airstrikes are becoming more frequent. The Russian Air Force is now deploying radar-seeking munitions to take out vehicle-borne air defences and therefore in essence achieve air superiority. But that is also dependent on the Ukrainian Air Force to be replenished in what is a very slow battle of attrition thus far. Poland, the US and NATO are playing hot potato with 28 aircraft that might provide assistance, but also will draw the ire of Russia, and a possible escalation, if they are transferred.

If Russia does achieve air superiority, it would be much easier for them to take out C5ISR (Command, Control, Computers, Communications, Cyber, Intelligence, Surveillance, and Reconnaissance) targets and cripple Ukrainian resistance forces. It will also be able to take out soft targets such as hospitals and supporting infrastructure with ease. In summation, expect more human rights abuses, but if the Russians were to gain air superiority, expect a free hand at targeting whatever they want.