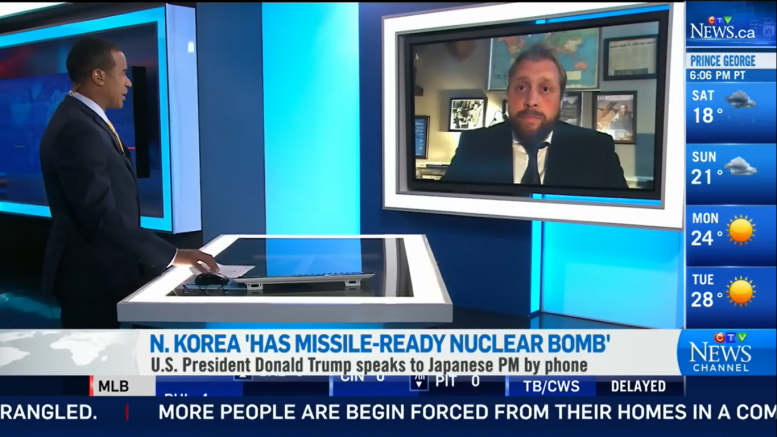 Stewart Webb joins CTV National News on the purported claims of a North Korean hydrogen bomb capable of being housed within an ICBM and Canadian Ballistic Missile Defence plans.

If you are having troubles of accessing the video below – you can find it on the CTV website here.