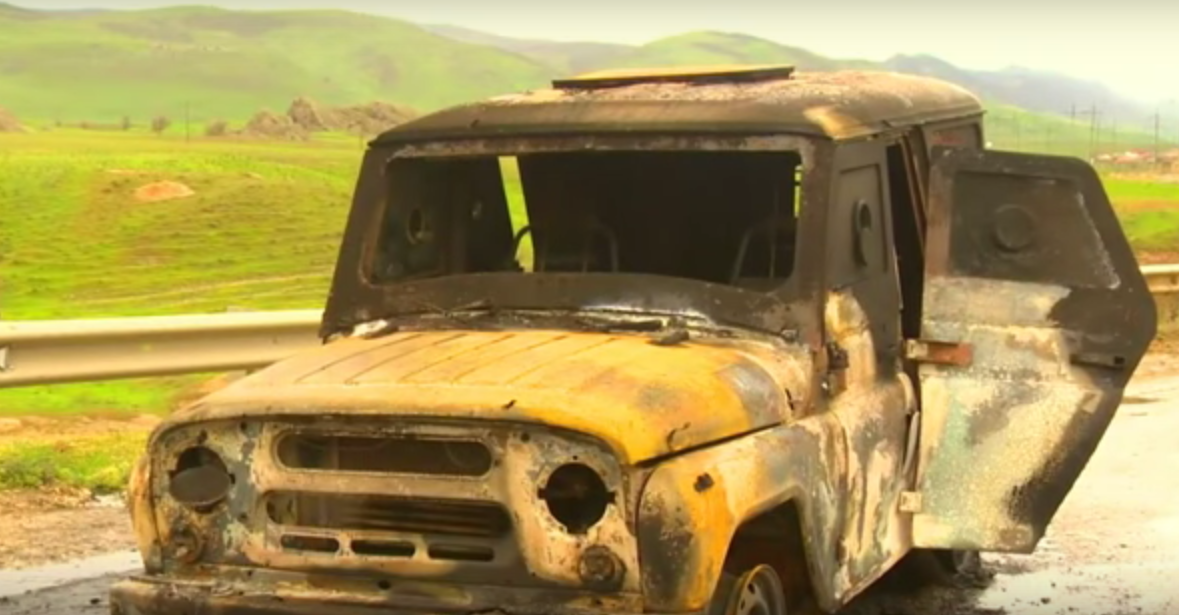 General Philip Breedlove, commander of U.S. European Command, was in Georgia 22-23 March. While in Tbilisi Breedlove pushed hard on Georgia’s future within NATO as the only viable course to counter Russian expansionism, as manifested by the current realities in South Ossetia.

There are also less conventional troubles stirring within the region at the moment. Last week, ISIS claimed responsibility for the deaths of ten Russian soldiers in Dagestan in a brazen roadside attack on two Russian military vehicles. This, after the ISIS bomb in February which marked the first terrorist attack in Dagestan in three years. There are those who have been raising the alarm of ‘exported jihad’ in the region as of late. This underscores a hard reality for the Russians and the region more generally; jihad is alive and well in the Caucasus. The current events in Syria have certainly helped to fan the flames as of late.

If this were not enough to underscore the fragility of the region as well as the significance it will come to play, not only in Russian but global affairs, both within conventional realms and that of the less conventional ‘War on Terror’ and/or radical Islam, it has been reported that at least 30 soldiers were killed in Nagorno-Karabakh as fighting flared up once again. Azerbaijan has since declared a unilateral ceasefire but the past few days have witnessed some of the most intense fighting regarding the disputed territories in some time and demonstrates how delicate the situation remains.. It appears that the Nagorno-Karabakh Republic’s claim that they downed an Azerbaijani helicopter, has been confirmed by Azerbaijani Ministry of Defence highlighting how intense these skirmishes have been.

Although Russia has been providing arms to both sides, a fact that has led to accusations that Russia is again trying to foment frozen conflicts upon its borders in a ‘divide and conquer’ approach to regional influence, Moscow was among those who were quick in urging for a cease fire. The Russian Foreign Minister Sergei Lavrov and Defense Minister Sergei Shoigu were both engaged in talks via phone with their Armenian and Azeri counterparts. It suggests that perhaps Moscow might actually be worried things could flare up into a full-blown conflict, yet another on their border.

One issue that may have startled the Kremlin is the interconnected nature these issues are starting to show. At least one of those involved in the Dagestan attack has turned out to be Azerbaijani, a telling sign. This signals stronger connections between ISIS, the North Caucasus jihad, and Nagorno-Karabakh. The instability that is perhaps being fostered by Moscow to strengthen it’s position in the region may be its demise. The instability of areas such as Eastern Ukraine, Ossetia, Abkhazia, Dagestan, Nagorno-Karabakh and so on, serves as fertile breeding ground for new ISIS recruits and threatens to turn a stretch from Syria to Ukraine into one massive jihadi territory if things continue unchecked.

This might be why in Chechnya Kadyrov has become so brazen. Knowing that Putin will always back his strong man in the region to secure some sense of stability, Kadyrov has become quite visible as of late. However the Kadyrov penchant for antagonism might backfire and serve to foment further unrest by alienating segments of his base.

Adding further fuel to the fire, the Caucasus and Central Asian economies tied to Russian have been severely stricken by the Russian recession and continuing tension, and accompanying sanctions over Ukraine. The lack of economic support from Moscow could threaten to unhinge what stability remains and undermine the authority of individuals such as Kadyrov who depend on Moscow money to maintain control.

Turkey has been one spot that Putin had hoped to look to as a potential release valve. Talk of pipeline cooperation had seemed to reveal Putin had found a weak spot in NATO. However, the Turkish downing of a Russian jet made a pretty strong statement, Turkey is looking to assert itself as an independent regional power and has no interest in being anyone’s second fiddle. With that in mind the situation in Nagorno-Karabakh has become more complex as Turkey’s Defence Minister Ismet Yilmaz made it clear that Turkey stands by Azerbaijan in its struggle with Armenia the region.

On top of all this a massive fire tore through the Russian Ministry of Defence yesterday and the release of the ‘Panama papers’ detailing Mossack Fonseca financials that put Putin in the hot seat to explain USD 2 billion in questionable funds has made the last fortnight in Moscow an uncomfortable one.