Operational Holes: CAS and the Disaster in the Making 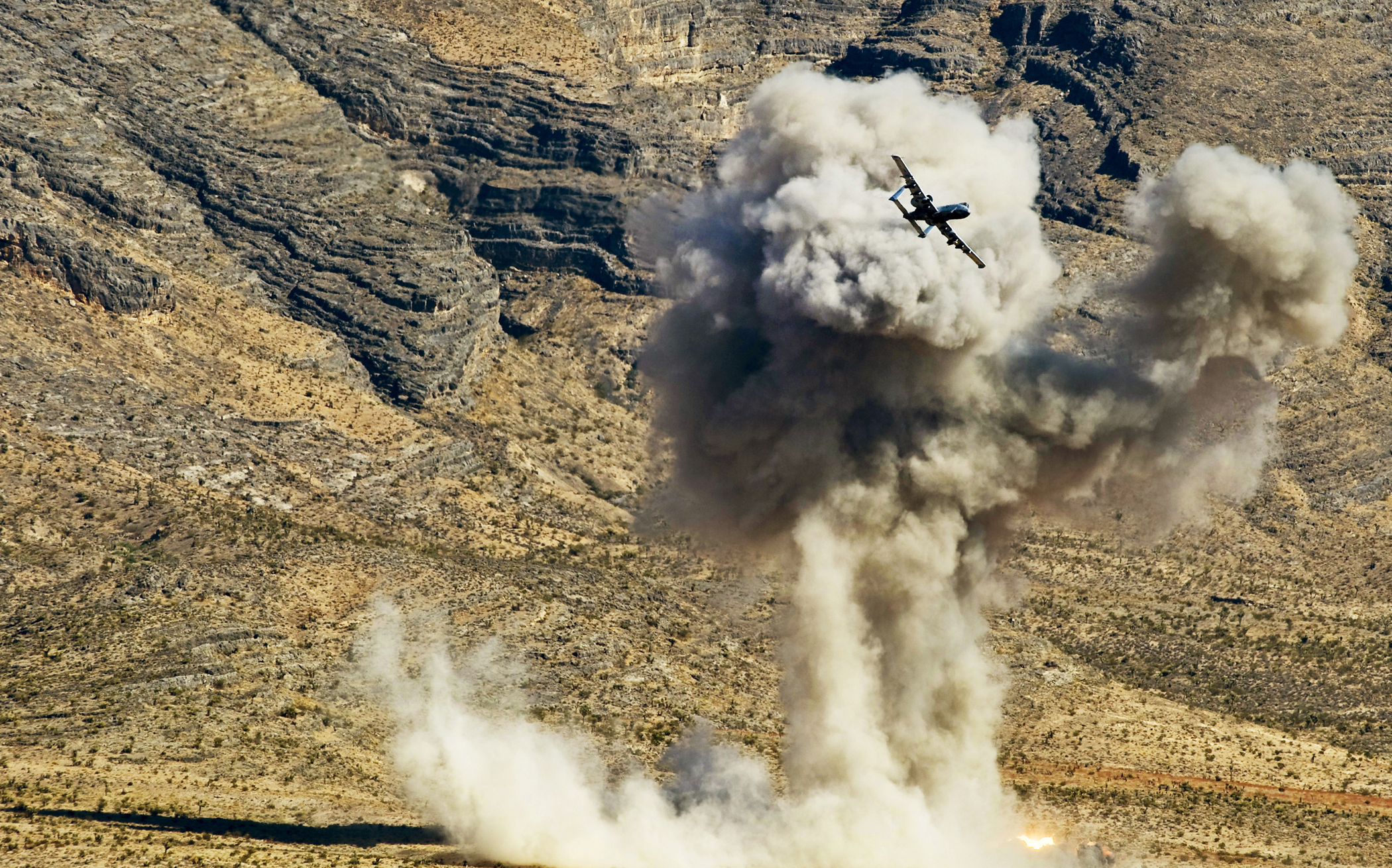 In recent months there has been a multitude of articles dealing with the many issues surrounding the F-35. The pile on has come from the exorbitant cost, severe shortcomings, and professional criticisms surrounding the F-35. Still the powers that be remain doggedly committed to what a well known reformer, Pierre Sprey a member of the ‘fighter mafia’ and instrumental figure in the development of the F-16, calls a “Turkey” of an aircraft. A jack-of-all-trades and master of none.

There have been a number of individuals raising concerns about the F-35 that focus on one particular issue. This is, the future of one role the F35 is supposed to fill and is perhaps the F-35’s most startling shortcoming, its CAS (Close Air Support) capabilities.

This has fed into a growing and closely tied debate over the future of the Fairchild Republic A-10 Thunderbolt II, a.k.a. The Warthog. Long praised,Fairchild has witnessed an increasingly bizarre movement within the US defence community to have the Warthog put down. The debate over the fate of the A-10 has been a heated one.

The USAF has done a poor job of arguing that the A-10 is redundant. The assertion that A-10 money could be used to support the new fleet of F-35 has also had little traction. A more concerning issue has been the way the coming F-35 has framed debates on CAS capabilities.

Increasingly efforts to axe the A-10 in favour of the F-35 are becoming divorced from reality.We have seen data grossly misrepresented to make the case against the A-10. We have also seen military personal manipulate, spin, and even threaten individuals and talk of treason in order to construct their preferred narrative.

Outside the beltway and those who gain from seeing the F-35 win out, most agree the F-35 will never be able to preform CAS operations with anywhere near the capability of the A-10.

There will continue to be a real operational need for an aircraft with loiter time, heavy armour, that flies low and slow to perform CAS. The F-35 does not fly low or slow. It is not heavily armoured and its stealth material is vulnerable and costly to maintain. Drones are unable to do the job either. The A-10 in one from or another is essential to future operations regardless of how much one loves the F-35. The misguided confidence in silver bullet solutions lead to ignoring very real problems regarding future CAS capabilities.

The CAS need will not pass away with the A-10

There’s one problem, the A-10 is getting old, and is not without its shortcomings. Thanks in part to the silver bullet mentality tied with the F-35 and drones, there has been very little discussion about what will be done when the A-10 does need to retire.

The question is what happens when the day comes and the A-10 needs to be put to pasture and we find out, as everyone already suspects, that the F-35 can’t perform the CAS task demanded?

The coming century will be one denominated by insurgency and asymmetrical conflicts. Beyond that technology will present a whole host of problems that make the suggestion of one tool fits all difficult to swallow. Regardless of what may come boots on the ground and small arms will continue to be a concern.

The CAS environment will indeed become more challenging and require advanced systems, which give false credence to those looking at the F-35. They are right to look to these issues but they do so form a wrongheaded paradigm. The answer is not to build a super plane ladened down with all the tech under the sun to address any possible problem. Instead, through the development of task specific support initiatives, develop a CAS aircraft that has what it needs to address these new challenges and none of the extras. You do not need a Nuke in a gun fight and you do not need what the F-35 is selling for CAS.

Part of the reason for the success and cost effectiveness of the A-10 has been that it is task specific. A lesson that seems long forgotten. There is a real need right now to develop the next generation CAS aircraft, the next Warthog. The Warthog has been so successful that all that may be required it to go back and update the design, new materials, new technology, and add new engines with increased thrust.

It would seem everyone else has already grasped the need. NATO allies are witnessing discussions within the defence media on the idea of buying the cheap and much-venerated A-10. Like it or not the USAF has to stop thinking of themselves as white scarfed knights of the sky and must stop lusting after the flashiest toy in the yard. The reality is far less glamorous, but what wins wars and saves lives does not need glamour.

Moving forward the defence community needs to stop building Swiss army knives and remember “jack-of-all-trades, master of none.” Multi-purpose has its place but building cheap task specific tools has its place too. Finding the balance is key. In the CAS and the F-35, a dire mistake has been made and the reality of it is all too obvious. The sooner this is accepted the better. They have lost treasure on the endeavour; best not to lose blood as well.

Inset Photo: F-35A while being towed at the Inauguration – Wikimedia Commons, 2015