Russia stoking the fire in the Balkans 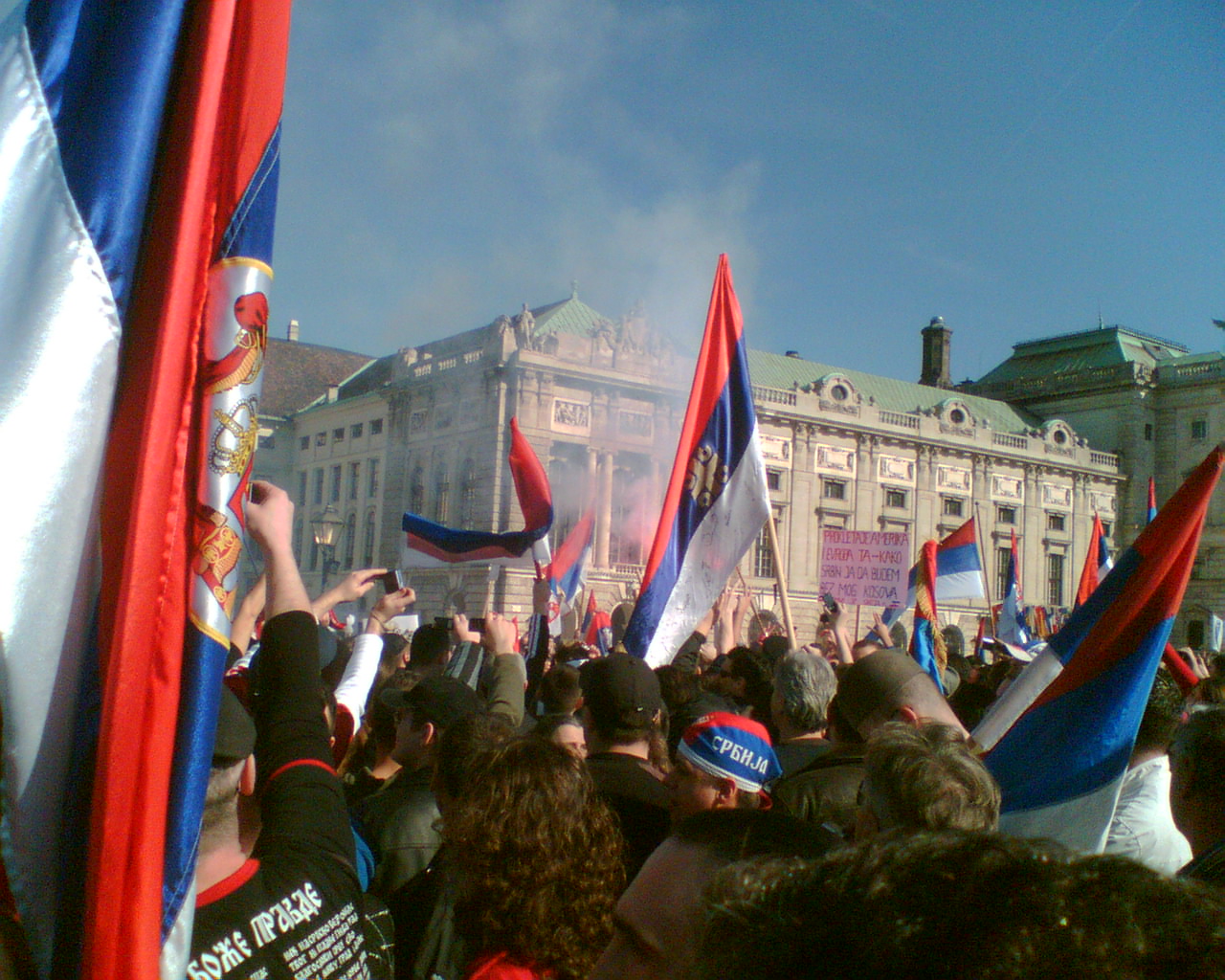 Moscow’s current activities in the Balkans are aimed at aggravating existing disputes in the region. This opinion was expressed by Vesko Garcevic, former Ambassador of Montenegro to NATO and currently Professor of Practice of International Relations at Frederick S. Pardee School of Global Studies, in an interview with Crimea. Reality.

A year ago, a number of experts envisaged that Russia could aggravate the existing problems between Serbs and Albanians and utilize the confrontation between those two nations for its own political goals in this part of Europe.

Analysts further noted that the long-lasting hostility between Serbs and Albanians could be particularly beneficial for Moscow, as it would create an illusion of a Christian-Muslim conflict where (dominantly Muslim) Albanians would be portrayed as close to radical Islamists and “terrorists from ISIS.” In their opinion, such a propaganda will further deepen well-known sympathy of Russian for Serbs, maybe even stronger than in the case of Ukraine or Syria and raise an atmosphere conducive for a “protective action”.

This strategy has been particularly actual in Bosnia and Herzegovina as Russia openly supports the leadership of the Republic of Srpska, one of the two constituencies of this state. Prime Minister of the Republic of Srpska, Milorad Dodik repeatedly argued that for Bosnian Serbs would be better to create a single state and then to join Serbia and the Serbian territories in Kosovo.

For months, the Russian media have been reporting how radical Islamists with a military experience from Iraq and Syria are flooding Bosnia and Herzegovina. Many Russian media outlets depict the situation in the Balkans as volatile and hot-blooded implying a likely military confrontation and accusing beforehand Islamic terrorist groups (among which, according to the opinion of individual experts, Russia has many of its people) from Bosnia. Kremlin TV channels also announced terrorist attacks in the Balkans.

Judging by some signs, this operation has been recently put in action. So, a couple of weeks ago an article appeared in the Russian newspaper Izvestia asserting that “the Orthodox population in the Balkans is put in danger by the massive return of militants from Syria.” According to its authors, Republika Srpska has already reinforced security measures in this regard, and a representative of Republika Srpska in Russia, Dusko Perovic said that the likelihood of terrorist attacks against Serbian politicians had been increased. At the same time, the article names Kosovo and BiH as “leading exporters” of militants for terrorist organizations.

Vesko Garcevic is sure that the problem with radical Islamic groups and any other group of foreign militants should not be minimized, but in the case how media in Russia has been presenting the problem, a typical example of propaganda can be recognized.

“Although I can’t deny or ignore the fact that in many Balkans disputes are rooted in religious differences and disagreements, it is difficult to imagine that radical Islamists with combat experience in Iraq and Syria will flood Bosnia and Herzegovina or any other state in the Balkans, as it’s been presented by Russia’s media.

Most of the disputes in the Balkans, including the one between Serbs and Albanians or the conflict in Bosnia and Herzegovina, can be characterized as ethnic conflicts with certain religious components (Orthodox Christians vs Islam). But, in both cases, the religious component of the conflict is not dominant and putting it in a context of radical Islam is an example of a narrow or malicious interpretation of the events in this part of Europe. These conflicts are much older than today’s problems with the religious radicalism of any kind. They are rooted in the history of the region and its complex ethnic, religious and cultural composition. I would say that these conflicts have been utilized by radical religious groups on both sides, including Orthodox radical groups, for their purposes – the expert believes.

At the same time, Vesko Garcevic doesnэt deny that representatives of radical Muslims could be found in the Balkans.

“Radical Islamic groups exist in all corners of the Balkans, including Serbia, Montenegro, Kosovo and Bosnia and Herzegovina, but their capability and strength is questionable, and they are far from being a major threat to the security of the region. We can talk about a few hundred members scattered over the Balkans, who, so far, proved to have been incapable of carrying out a serious terrorist attack. Moreover, most of them are closely monitored by the police.

Radicalized Balkan Muslims are in most cases used as cannon fodder in Syria or elsewhere in the Middle East. Yes, some of them have come back. Some create problems. On the other hand, most of them who returned from wars in Syria face trial and long-term sentences at home. By the way, when talking about Islamic militants, it will be fair to ask what to do with those who returned from Donbass, Ukraine. It’s no secret that many Serbs are fighting on the side of Russians in Ukraine.”

According to him, the possible escalation of the conflict between Serbs and Albanians, or Bosniaks and Serbs in Bosnia and Herzegovina is an example of the Russian tactic as Moscow is known for its love of “frozen” conflicts.

“Just recently the Bosnian Serbs acquired 2500 automatic rifles through Serbia apparently from Russia, and this fact further raises concerns about the strengthening of Moscow’s influence in the region. Russia utilizes this situation in its own interests. In their simplified version of feuds in the Balkans, Moscow supports the Serbs (“good, Orthodox guys”) against Albanians or Bosniaks (“bad guys – Muslims”)”.

The Vesko Garchevic’s doubts have been recently confirmed by the Western press. A few weeks ago, The Guardian, the British newspaper, outlined that the Bosnian Serbs had recently acquired 2500 automatic rifles from Russia, which raised concerns about growing Moscow’s influence in the region.

As noted in the article, Serbian civil activists, the central Bosnian Government in Sarajevo and Western diplomats believe that militia armed with Russian rifles will be used by the leader of the Bosnian Serbs Milorad Dodik (by the way, well-known for his contacts with Moscow) to strengthen his position and daunt opponents in the upcoming elections in October. The Guardian notes that Dodik has met with Vladimir Putin at least six times since 2014. At the same time, members of the paramilitary group “Serbian honor”, trained by Russians, appeared on the streets of Banja Luka. According to Vesko Garcevic, the arming of Bosnian Serbs reveals what is hiding behind the revived interest of Russian media for security in the Balkans and their worry for the threat of “terrorist attacks in this part of Europe.”