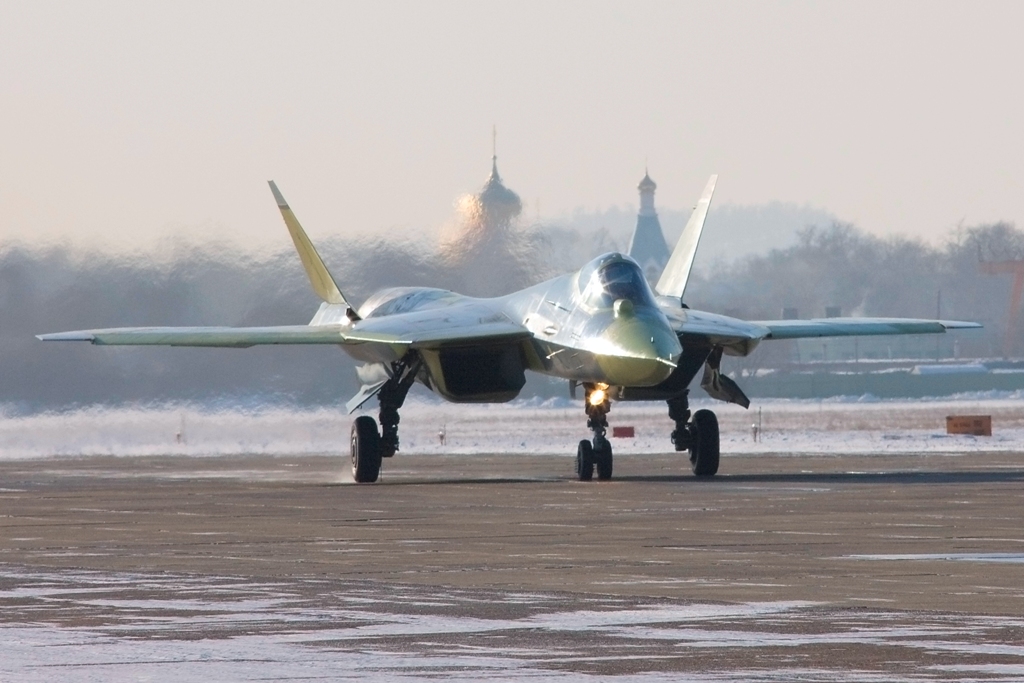 Russia has embarked on an ambitious military modernisation programme with a quarter of its defence budget being allocated to this Herculean task. There are two driving forces behind this new endeavour – political pressure by President Vladimir Putin and the performance of the Russian military in the 2008 conflict with Georgia. During the conflict, Georgia’s Israeli-made Unmanned Aerial Vehicles (UAVs) proved to be efficient force multiplers. According to a recent report, entitled Remote Control War and compiled by Open Briefing,

Russia was at pains to even detect Georgia’s Israeli-made UAVs with its existing air defence radars, much less shoot them down. As a result, Georgian situational awareness was far superior to the Russians’. With a clearer intelligence picture, they were able to respond more dynamically to Russia’s superior numbers.

Currently, Russian plans to modernise its military encompasses all of its military services. This modernisation programme will have its own implications on the Russian UAV and Unmanned Combat Aerial Vehicles (UCAV) fleet. President Putin pledged in 2012 that Russia would spend RUB 400 billion (GBP 7.76 billion) on UAV/UCAV development over an eight-year period. It seems that there is much improvement to be done after Russian Defence Minister Sergei Shoigu stated that Russian UAVs are inferior to similar foreign-designed counterparts. Russia has developed its own UAV/UCAV fleets  over the past several decades, but has opted to buy a small number of Israeli-made UAVs.

Russia is also planning to buy a small number of UAVs from the United Arab Emirates. Rob O’Gorman, co-author of the Open Briefing report and former Canadian military intelligence officer, believes that the purchase was to help the Russian industry to catch up to international UAV advancements through emulation. These foreign systems will help advance both Russian industry and the military.

Seemingly as a counter punch, however, United Aircraft Corporation’s president Mikhail Pogosyan revealed plans to produce a prototype of a 20-tonne UCAV by 2018. Pogosyan also revealed that this prototype will be based on the Sukhoi T-50 stealth fighter. Russia has experimented with converting the YAK-130 Trainer and the Berkut VL helicopter into UAVs. But the likelihood of a Russian UCAV fighter prototype emerging anytime soon is questionable, according to experts. O’Gorman warns that the “Russian UAV/UCAV industry and technology imaginings are a long way from realisation of ‘mixed fleets’ of manned/unmanned stealth fighter units”. So, this may just only be a dream of the Russian UAV/UCAV industry, particularly in light of recent news of the flight of Boeing’s unmanned QF-16. The flight of the QF-16 demonstrates that a UCAV fighter jet is possible.

This would not be the first time that Russian industry has gone forward with a UCAV project without gaining government support beforehand. MiG developed UCAV that would have the primary role of suppressing enemy defences called Skat (Stingray). 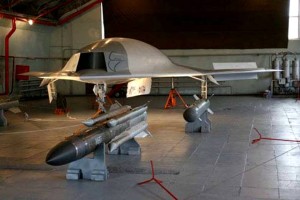 If the T-50 is intended to be a UCAV, Dr. Carlo Kopp of the Australia Air Power Institute told DefenceReport “not expect to see any fundamental changes to the vehicle’s basic performance.” Kopp stated not to expect any significant weight reductions as “the cockpit and associated life support systems [would be replaced] with additional computing, datalink and antenna hardware. [The only improvement] may be some reduction in supersonic drag due to the replacement of the canopy bubble with a low profile radome for a satcom link.”

The Issue of Bandwidth

Russia has been making improvements to its military communications, imagery  and GPS satellites. Russia has launched six Meridian communications satellites  over the past several years and has continued to make improvements on its GLONASS (global navigation satellite system). According to RIA Novosti, Russia has more than 100 satellites in orbit with two-thirds of them being military or dual-purpose spacecraft. However, a UAV/UCAV fleet will require a dedicated bandwidth feed. A significant hurdle for any UAV operator is the amount of bandwidth required. According to Dr. Kopp’s analysis, a UAV with a high-definition picture feed requires at least 10 Megabits per second. If one were to add in aggressive jamming, the broadband requirement increases. If Russia is to continue with its UAV/UCAV programmes, it is clear that further improvements on the Russian military satellite network and communications will have to be made.

O’Gorman suggests that the trend to watch for will be incorporating the UAVs/UCAVs into strategic military forces such as the Russian Airborne (VDV) and Russian Missile/Rocket troops (RSVN). A clear indication of this, as O’Gorman pointed out, is that the micro ZALA 421-08 UAV is already being marketed for the VDV as demonstrated in this picture. It is also likely that they will also be deployed in sensitive geographic regions (Caucasus or Northern/Arctic areas, such oil rigs) to assist with criminal prosecutions.

It is clear that the Russian UAV/UCAV programme will continue, and that the deployment of these aircraft will be primarily surveillance in the immediate future. The real question is how quickly will the Russian UAV/UCAV industry and capacity advance in coming years? At the moment, it seems that there are enough technological barriers for the Russian industry to make this Herculean task seem more like Icarus’ ambition for flight. Additional research provided by Dr. Carlo Kopp and Rob O’Gorman