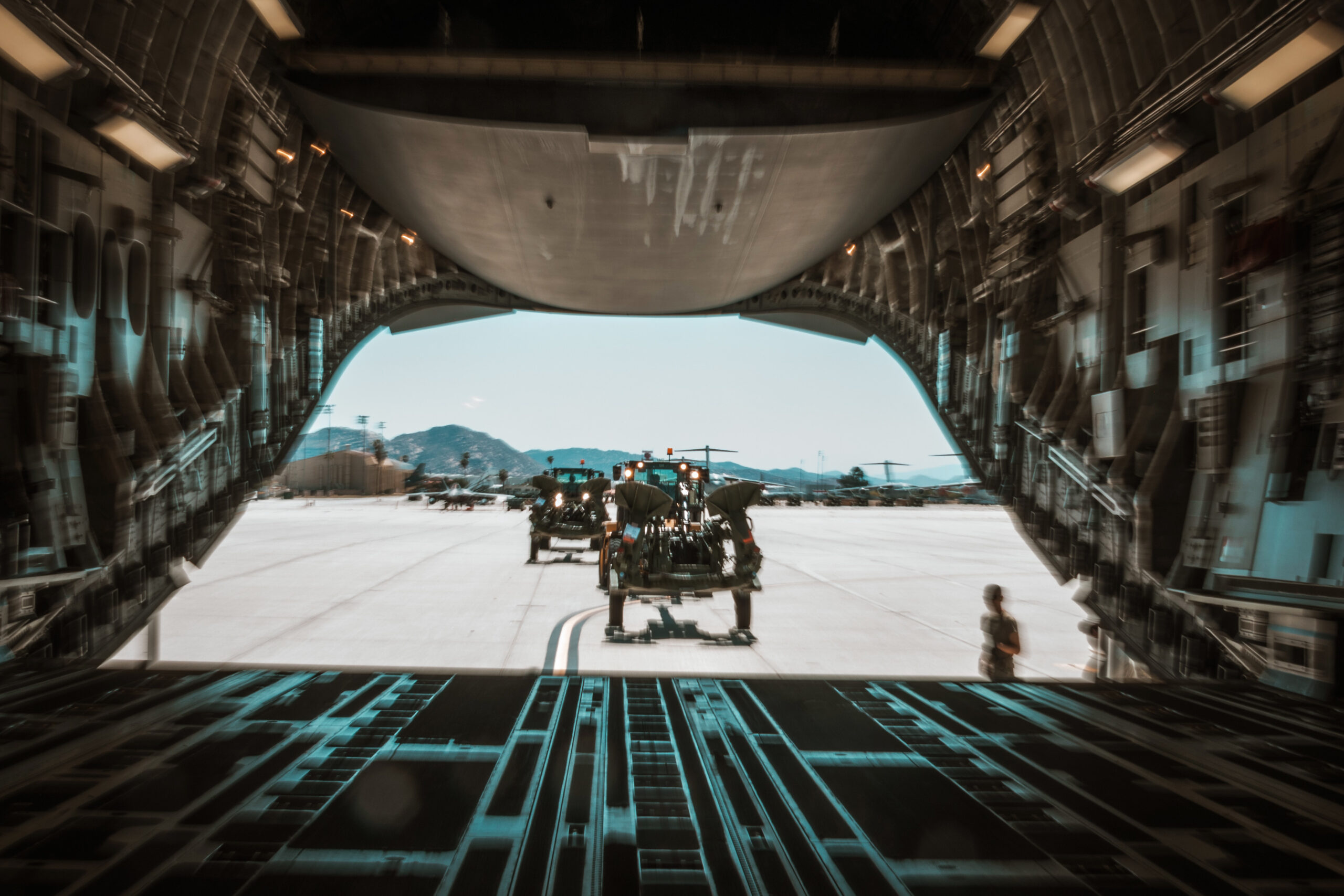 Russia destroyed the last bridge connecting the contested city of Severodonetsk to Ukraine. This means that the Ukrainian soldiers and civilians are cut off from the rest of the country. It is reported that Russia controls up to 80 per cent of the city. This city has been seen by analysts as the last bastion for Ukraine to hold onto the Donetsk-Luhansk region. It will be more difficult to retake the region, but there is another logistical nightmare rearing its head in 8-9 months’ time.

Russia urged Ukrainian fighters to surrender and pledges that it will open humanitarian corridors for civilians. Not surprisingly, civilians will be transported to Svatovo, in the Russian separatist-held region of Luhansk. These people will more than likely end up in Russia’s series of detention camps. Russia has been attempting to consolidate its territorial gains and has begun to hand out Russian passports in occupied cities. Russia has also introduced the rouble as the currency and forced schools to adapt to a Russian curriculum.

The situation in Severodonetsk does sound familiar though. A Ukrainian city isolated from the rest of the country; its soldiers cut off from regrouping have to hold onto their positions as long as they can. It seems the current epicentre for the city will be the Azot Chemical Plant. Russian forces already began heavy shelling a few days ago. The plant itself is explosive as it specialized in the manufacturing of fertilizers, including ammonium nitrate. This substance has been used in multiple IEDs, so it is plausible that Ukrainian forces will attempt to utilise this substance in days to come.

Regardless, the soldiers defending Severodonetsk face the same situation as those in Mariupol, Kharkiv, Bucha and countless Ukrainian towns and cities which have felt the Russian sickle. Russia will continue its scorched earth policy and decimate an urban population centre until its resistance is eroded into submission.

There is evidence that Russia used cluster munitions on at least three residential areas in Kharkiv – Ukraine’s second-largest city. Human Rights Watched identified both the 9M55K and 9N235 cluster munitions which have 72 submunitions housed in the carrier. And the glaring issue with cluster munitions is that they disperse over a large area and often most submunitions do not explode on impact and therefore leaves a large dispersal area of unexploded ordnance that threaten the local population as they act like indiscriminate landmines.

Russia bombed the Mariupol theatre, killing at least 600. In March, Russia targeted a maternity ward. Satellite images suggest that mass graves were dug for Mariupol citizens and more bodies are being found in Bucha, a town on the outskirts of Kyiv which was under Russian occupation. Russian air force

Tu-22M bombers carpet-bombed Mariupol in April with dumb unguided gravity bombs. Bombings were indiscriminate. Russia never recovered its stockpile of precision-guided munitions (PGM) from its intervention in Syria. It has used the limited number of prototype hypersonic missiles in its inventory for propaganda purposes. It also has come to light that Russia is now utilizing its KH-22 missiles in Ukraine. These missiles were designed for taking out aircraft carriers and could be fitted with a nuclear warhead. The use of these bulky, and heavy 6.1-ton missiles more than likely indicates Russia’s PGM replenishment woes.

President Zelenskky already ruled out a Severodonetsk counter-offensive last week – saying it would be too costly. Attacking the Russian offensive in Donbas head-on would be costly and ruin Ukraine’s chances of winning the war. This is not saying that Ukraine has not taken a fight against the Russians. Ukraine recently launched a new small counter-offensive in the southern Kherson Oblast region and recently was able to retake the northern city of Kharkiv last month. However, there is an enormous issue coming down the line, which is endemic to the training issue Ukraine faces now.

The war has turned into an artillery war as entrenchment has occurred across most of the frontline. Ukraine’s Deputy Head of Intelligence, Vadym Skibitsky, believes that Ukraine has one artillery piece to every 10-15 Russian pieces. Skibitsky also estimates that Ukraine is using between 5,000-6,000 artillery shells a day and that they have spent their ammunition shell inventory and are solely relying on the 155 mm calibre NATO standard shells. The United States, Canada, and Australia have sent 155 mm howitzers. France has sent its César self-propelled 155 mm calibre howitzer. The United States pledged to send more 155 mm ammunition in April as part of an $800-million military aid package.

In late May, a retired NATO commander, Lt-Gen Konstantinos Loukopoulos, discussed to Al-Jazeera that it will take months for Ukraine to absorb the more sophisticated weapon systems into its military, such as armour and artillery. Again, in late May, it was estimated that 18 of the 90 M777 howitzer pieces were being used by the Ukrainian military and it was unknown how many of the César self-propelled howitzers were in use. It can take up to 8 to 9 months for a tank or artillery crew to be trained in normal circumstances.

The glaring issue is when these new artillery units are active or when the new tank crews are trained. It is a logistical nightmare already for the Ukrainian military. Weapon systems, munitions, humanitarian aid and other supplies are shipped from the western border and have to be dispersed over Ukraine’s wide area to the various units. Moreover, because of the reliance on 155 mm artillery shells, for instance, those shipments are reliant on deliveries from NATO countries. Ukraine’s Soviet-era artillery, and self-propelled artillery, had 122 mm or 152 mm calibre munition, and therefore Ukraine now needs to swap out its old artillery inventory for NATO standard and therefore is reliant on external supply. It also means that in order to keep more experience units operational, we need to supply non-NATO standard ammunition, which is a discussion that has not been addressed. Regardless as more units become active, they will need additional support and supplies, which in turn means that we need to supply it in a very timely manner and Ukraine needs to have the logistical capability to deliver it to its units.

Being straightforward – to end the war we need heavy weapons parity:

Contact Group of Defense Ministers meeting is held in #Brussels on June 15. We are waiting for a decision.

The Ukrainian Governor of the Mykolaiv Region, Vitaly Kim, urged Western allies to speed up the delivery of long-range artillery and ammunition. Mykhailo Podolyak, an advisor to Zelenskky urges the west to give more artillery, drone, etc. support. Pledging more artillery pieces, tanks, drones etc. means that we need to figure out the logistical nightmare. Russia may be depleted of its smart munitions, but it still can target railways with unguided bombs or artillery strikes.

Ukraine’s military is depleted and not in the sense of patriotism, hope, valour and determination. The war shifted to an artillery war, but there is still a need for Javelins and other anti-tank weapons. The US gave approximately one-third of its stock to Ukraine and there are production issues that will hinder that resupply for years to come. Moreover, Ukrainian soldiers found that there is no contact information for troubleshooting malfunctioning Javelins, which are usually supplied with a contact info card. Ultimately, there is still a great need for personal anti-tank weapons as the war progresses.

The question of whether the US can supply Javelins to Ukraine as they require them has been ruminated for months. Take a moment and ponder when 6-8 months down the line, NATO countries need to supply thousands of rounds of 155 mm ammunition a day, fuel supplies for new tank brigades, rifle ammunition, grenades, field rations, medical supplies, humanitarian assistance.

Severodonetsk needs to be more of a warning. Yes, Ukraine can not fight Russia head-on as it does not have the trained crews for artillery or armoured units. However, Ukraine will be expanding those units and they are already facing logistical issues and so are the NATO suppliers. The War of Attrition in Ukraine is not just Ukraine vs. Russia, but Russia vs. Ukraine’s Suppliers and training capabilities.

Featured Image: “Loading M777 Howitzers onto US Globemaster for Ukraine” – US DoD Imagery, 2022